Today, I started in earnest digitizing my friend Jeff’s tapes. I got out his box of stuff and started pulling out the tapes and rotating them through. Things went great except for one thing. The Radio Shack tapes all had the felt pads dry up and fall off.

In our early days of taping, Radio Shack was high quality. At least the high quality of what we could afford. Later years found us using far better tapes, but at the time, these were standard issue and better than buying a 4 pack with no cases in a plastic sleeve at Walgreens.

However, as each Radio Shack tape I checked out and had to set aside started building up, I could see I had an epidemic, not just a coincidence. 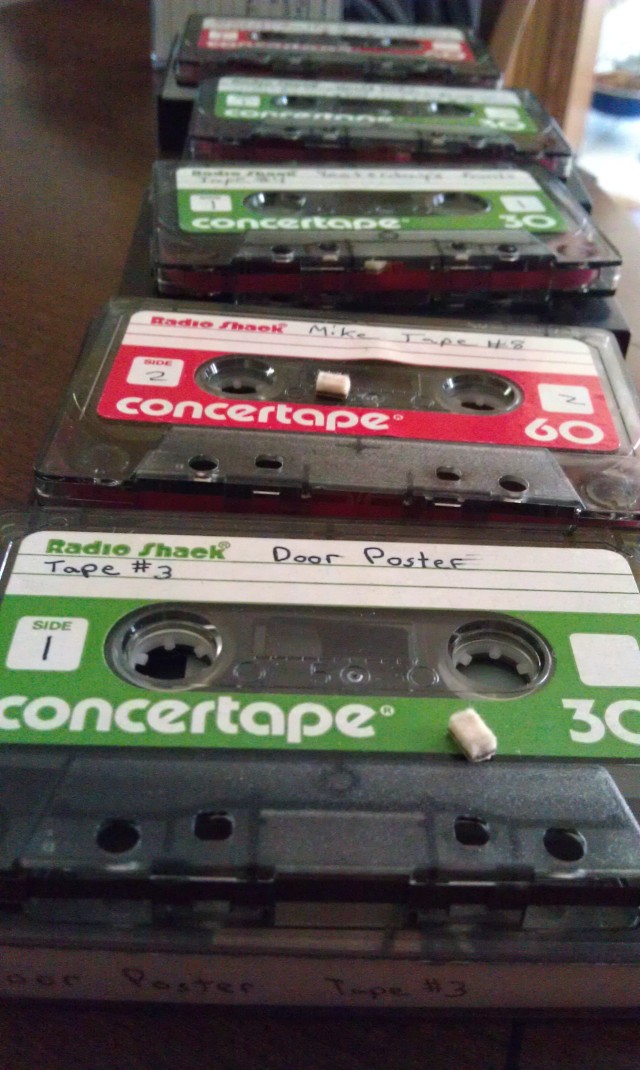 Less invasive as a radical tape-ectomy, to save these tapes only required a reattachment of the felt pad. So, when I had them all ready, I set up the surgery area. 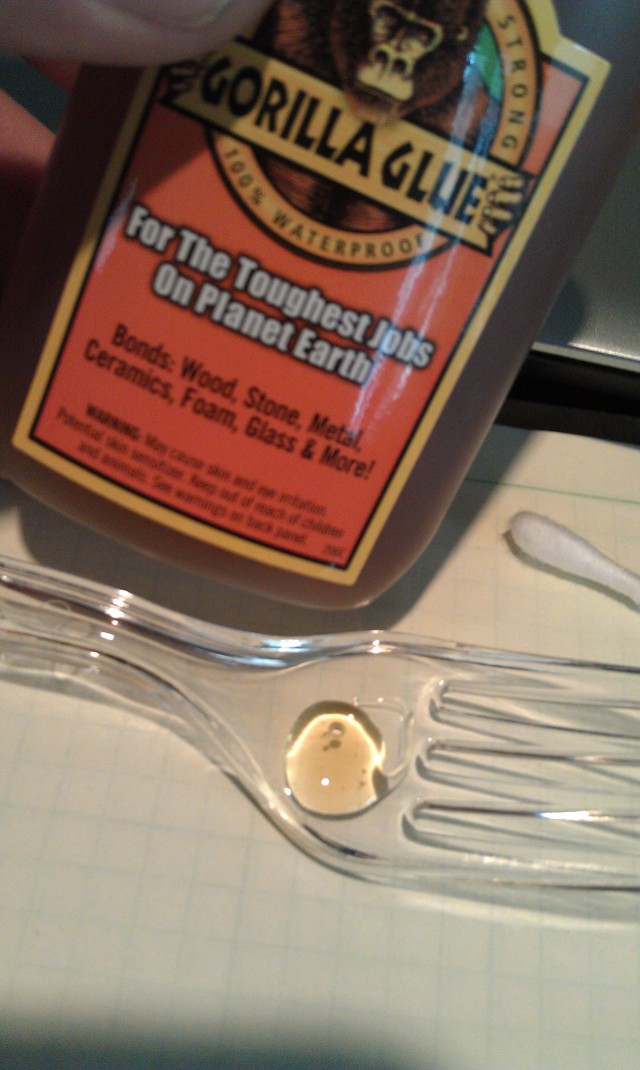 A glob of Gorilla glue on a plastic fork, and a couple Q-tips with one end broken off. Highly technical tools.

Q-tip with no end #1 for pulling the tape out. 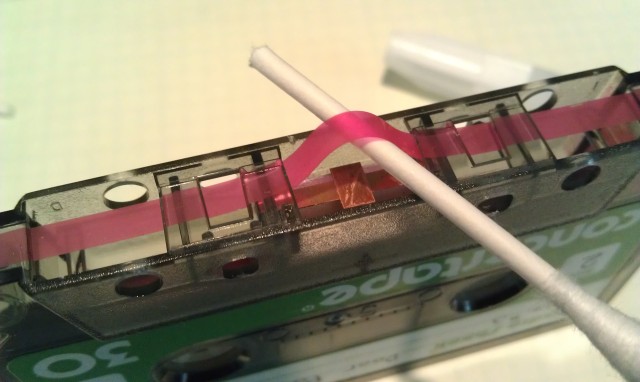 Q-tip with no end # 2 for adding a tiny bit of glue to the metal float strip. 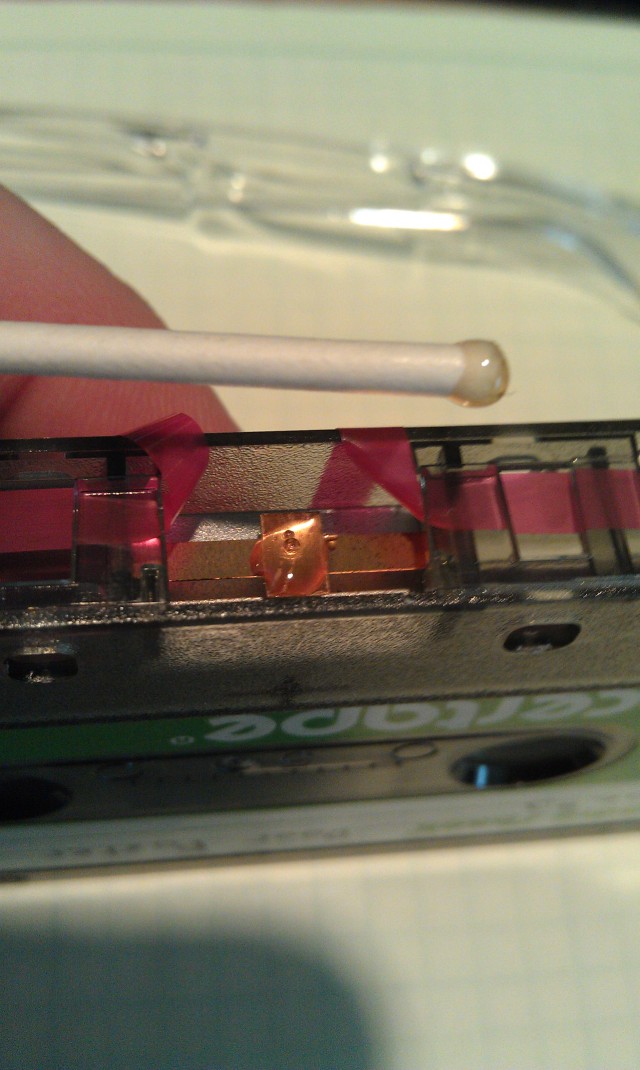 The other end of the Q-tip, with the cotton on it can be wet and used to lift the little felt pad into position. 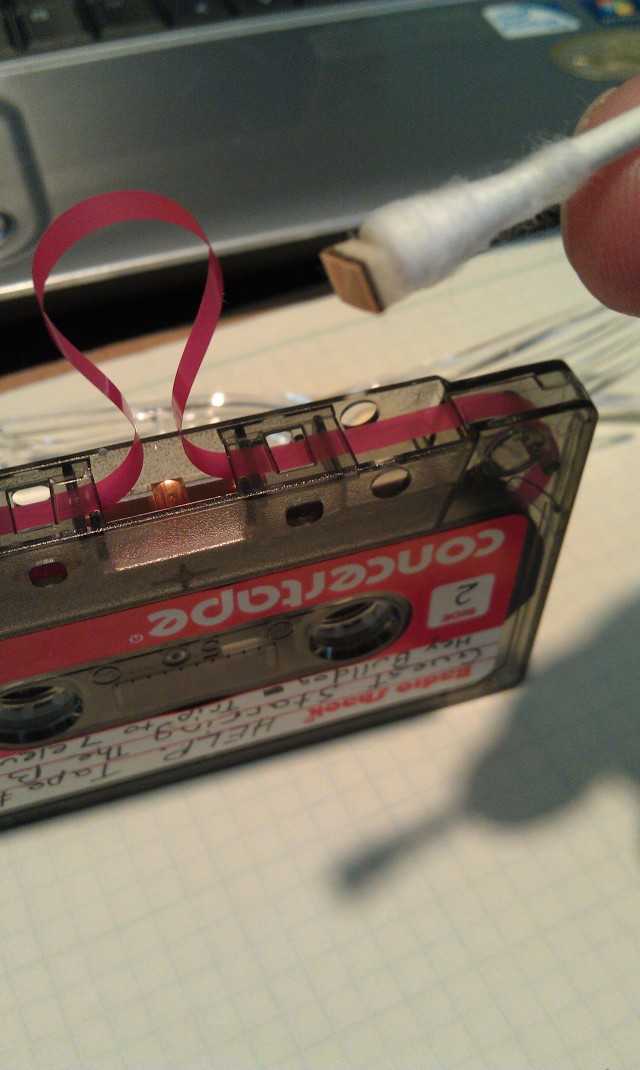 Once you push it down in place it will stay. Once the glue dries you are ready to go again. 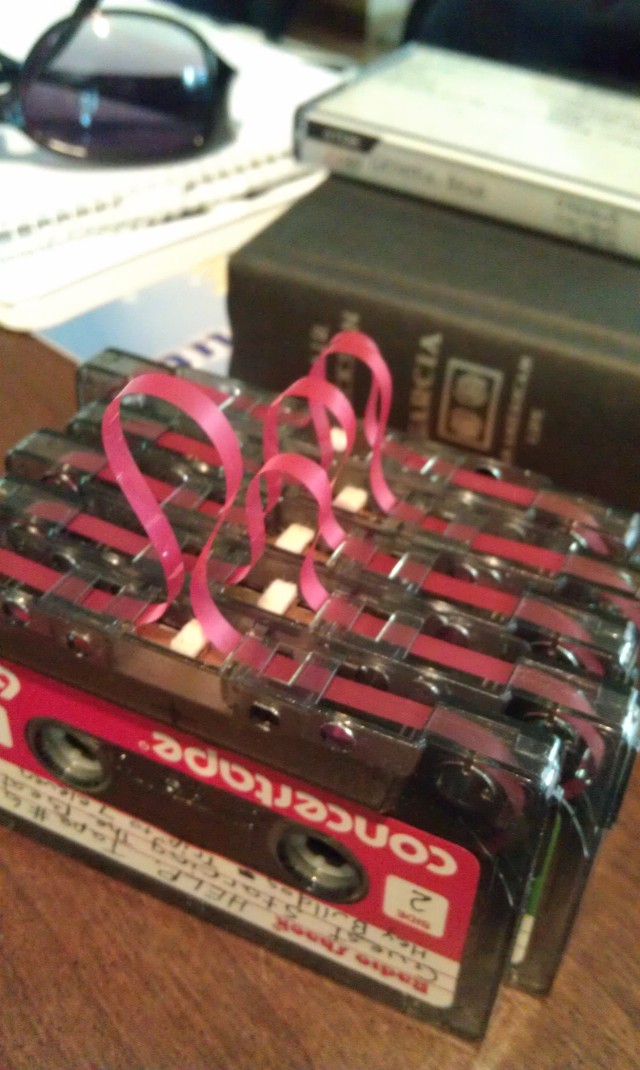 Note in background now digitized and orphaned tape Grateful Dead at Oakland Coliseum 10-31-1991 and newly acquired (today in fact) biography of Garcia (“American Life” by Blair Jackson). I have always liked Jerry, and even dug his solo work and his picking with Grisman. I bet he has an interesting story. I’m not a Dead Head, but every now and then I need some rambling folk rock and Jerry makes it happen for me.

Anyhow… I gave the tapes a few hours to dry, then gingerly put the first one in the Image digitizing rig and hit play. The pad stayed in place and the recording sounded good. My glue job worked. All the tapes above have now been successfully been digitized!