I am the worst kind of music snob. I like what I like when I like it and I have been known to flip flop or deride something that years later ends up in my collection… Bruce Springsteen for example. You wouldn’t catch me with The Boss in my collection (likely due to “Born In The USA”, which I blame on WAY too heavy rotation radio killing it for me). Okay, maybe “Tenth Avenue Freeze Out”, I’m not made of stone. As a rule when someone started talking about Bruce I stopped listening. Then, one day in the maintenance department at Erdman my boss started talking about Bruce with a heart-felt passion I couldn’t ignore and I got a copy of “Darkness On The Edge Of Town” to play in the office. Oh my God, I thought as I listened to “Badlands” and “Street’s Of Fire” and “Prove It All Night” how could I have been missing this! Now I have all his music as well as a myriad of bootlegs. Bruce didn’t change, it was me.  I accept that.

In High School to like Duran Duran was a clear indication of character flaws. I shunned it completely. Now when I hear “Rio” I go into Karaoke mode and belt it out. I can’t help it. I might have been wrong.

Another example that I’m not proud of if you need more proof…  When “Marky Mark and The Funky Bunch” hit the airwaves I hated it. What a bunch of drivel. I couldn’t understand how anyone couldn’t see the sheer affront to music that this guy was putting out. Years later however, with a group of people in a club it was the first song I would get up and dance to. I had found its purpose.

I am open to MOST types of music. Polka, forget it. I gotta draw the line somewhere, and those who know me will be shocked, but I am beginning to acquire a certain respect for country (as long as it has a good groove or hook) and though I wouldn’t call myself a fan… I won’t indiscriminately dismiss it.

That being said, one of my methods for superficially gaining an insight into another person is being rapidly disintegrated due to music going digital: their music collection. 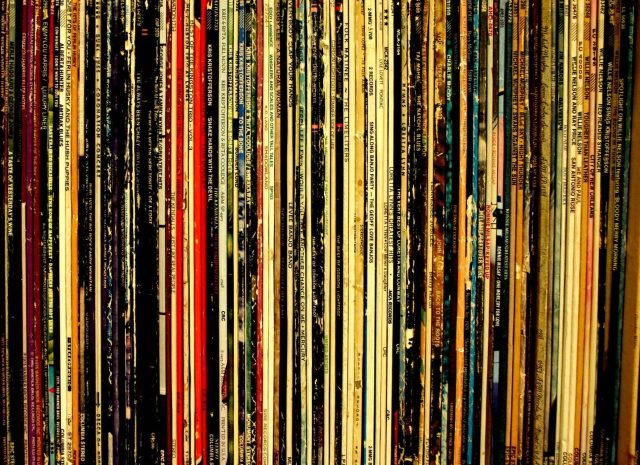 It used to be that when going to someone’s house for the first time, I would examine their record collection to get a feel for them. What music they spent money on sometimes told me all I wanted to know about them… or made me want to find out more. You know, you flip through their records and note what you find. Someone who has  Led Zeppelin, Rolling Stones, Doors and Black Sabbath in their collection should be approached differently than say someone that has Elvis Costello, David Bowie, Supertramp and James Brown. What if you find Frank Zappa in someone’s collection? No one casually collects Frank Zappa, it sends a distinct message. Finding old Pink Floyd (before the Wall) also is a flag of sorts. There is also the curious sort that has both Abba and Deep Purple. What spectrum are those people on?! Also, did they leave the cellophane on the album sleeve? Was the inner paper sleeve opening facing up so the LP couldn’t accidently slide out? If you found evidence of both up and out you would certainly have to take the average of several checks. I left the cellophane on AND had each album in its own protective plastic sleeve. I am also the person who had static wash and a brush for dust on the record.

This examination of the records could also find you folks with whom you wanted to trade music. Of course the proper warming up period was always required. I mean you just couldn’t ask to borrow someone’s 3-LP set of Paul McCartney and Wings – “Wings Across America” on your first visit to their place. You had to earn it. That’s why I usually noted an artist that they had several of and made the first strike: “Have you ever heard their third album? It’s really really good. I could loan it to you…”

Secret smirk. Once they borrowed from you… the gates were open.

This method of critical examination was working pretty well for many many years.

Then when tapes went big, it got a little muddier. The odds of someone buying a, what we will call a “non-representative of their true taste” LP, was not very high. Albums weren’t cheap, and required some storage and upkeep considerations, but a cassette was smaller and cheaper and it seemed the odds of a “non-representative of their true taste” tape ending up in their collection was significantly higher. This made being judgmental harder. Half of their tapes were in their car now and not easily scrutinized. They may have an older collection of LP’s that fit your taste, but their newer tapes… ew. It was the chance you took.

When CD’s came along, it was the same thing. CD’s were small, portable and re-sale was also big business (bigger than tape resale had ever been) and so possibilities were enormous. A store could house more in a smaller space and carry a larger variety of artists and for fairly cheap. Again, a person’s stash was now potentially split between car and home and office. You could see the stuff they brought to work to listen to, but not their guilty pleasure music. That is often the true measure of a collection.

In the era of the I-Pod forget it. You can just buy the songs you want and leave the throw away songs for us fools that still need to have the entire CD. How do you judge someone on that?! You may have the entire catalog of Led Zeppelin, Stones and Black Sabbath on your I-Pod, but these days you can also have the Sir Mix A Lot – “Baby’s Got Back” single as well and no one will bat an eye.

Wait, do I have that song?