This year for Christmas Abbey got 2 albums. Yes, LP’s. She has been carrying on the vinyl tradition and so it only seemed appropriate to get her a couple.  The perfect LP would have been “Oasis – What’s The Story Morning Glory”. However, as it turns out, that LP is apparently pressed in gold. There were only about 4 available on LP that I could find and all of them were over 100 bucks! Mental note to pick up all copies of those at garage sales and retire early.

Cindy bought her from Amazon a brand new copy of Abbey Road. 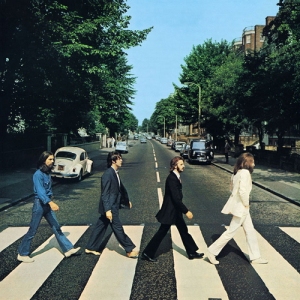 Double poignant because of Abbey’s name AND the fact that Abbey actually WENT to Abbey Road in London and took pictures of the area. 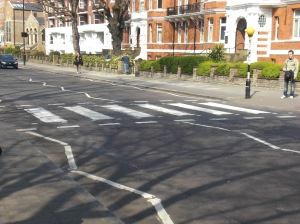 It was a given that she had to have it. It is an album that also reminds me of my childhood. “Maxwell’s Silver Hammer” blew my young mind. Congrats Abbey, another owner of Beatle vinyl.

As for me, I went on a search for LP’s from all the bands that I knew Abbey would flip over, much like the Oasis. I found a few from The Jam, but couldn’t see spending over 50 for them and Jamie T on vinyl didn’t seem to exist (thank goodness) and even The Smiths seemed to be high priced “collectibles” these days.

Quite by accident, on a trip to Pre-Played (a local DVD and game reseller) I noticed in an area that I don’t normally go, that they had albums! To boot, they had some on a wall rack, but the rest were in fruit crates. Just like mine used to be. It was a trip. I rifled through them and the only Brit music I found was about 5 Cure LP’s. I lovingly pulled “Staring At The Sea” from the crate and checked it out like I used to in the old days. Not much wear, and inner paper sleeve was still intact, corners not crushed. You could almost smell the history on it. It was also LESS than 50 bucks. SOLD. I hope she likes it. She has mentioned The Cure to me, but only a few specific songs.

Maybe next Christmas I’ll buy her a fruit crate.

The whole LP search reminded me of a particular birthday I had when I lived with my mother, in the Ann Arbor days I suspect. I can’t remember what birthday it was, but I remember that my mom, instead of wrapped presents, turned me loose in the record store with a small fortune. The entire record store was my oyster. I strode up and down the store, which was predominantly LP‘s in those days flipping through the bins. It was one of the mall record stores, so probably a Sam Goody or Tower Records or something like that. My eyes were sore from looking, looking and looking some more. I think I ended up with close to 10 records. I don’t remember them all, but the feeling of total power of choice and the time to spend to make the picks was incredible. Mom, bless her heart, stuck around but didn’t rush me in any way. I was in my ultimate element and loving it. That is what I remember most, the sheer potential of it all.

I was into David Bowie big time then. “The Jean Genie” and “Rebel Rebel”  and a sparing few others were already staples of my early Bowie days, but except for what I had heard on the radio I was never exposed to anything else. No one else I knew had any Bowie. This seemed like a golden opportunity to find out about him. Interestingly, I had heard “Space Oddity” as my first remembered Bowie song on the radio. The DJ that was playing it didn’t notice that it was skipping and repeating the same part of the early build up… right after: “Check ignition and may God’s love be with you”… somewhere between 1:12 and 1:20 and it went on for a few minutes, but being unfamiliar with the song I had no way of knowing. It was really droning and revolving but the skip was timed just so that you barely noticed. It just seemed like that section was building to something glorious and when it finally went on with the song it seemed very calibrated. Of course at the end of the song the DJ apologized. I would have never known. I had taped that part I recall (this was an early radio song compilation, our new stereo had a tape deck component, whoa, very hip in those days) and I listened to that version time and time again. It sounds weird to me now so short. Ah well. That day I purchased “David – Live”. It had the hits I knew. That one was in my sweaty hand throughout the whole shopping experience. It turned out to be incredible of course. Despite the questionable pose and cover, I still say it looks like a Frank Sinatra show and not a rock show, it led me deeper down the Bowie path.

Another LP I bought was “The Beatles – Magical Mystery Tour”. I had just seen the movie with Jeff and was in a Beatles phase. I already had Abbey Road, so this was the next best. I had of course heard all the songs from this album while hanging out with Jeff (a total Beatle head) so I knew that this, as opposed to the Bowie album, was a sure thing. All tracks were classic. They still are.

I had picked up “Jethro Tull – Bursting Out” (you guessed it, another live album) from Meyers Super Store (more on albums from Meyers later) and loved it, but didn’t have any studio stuff. Not being a big fan of “Thick As A Brick”, but having heard “Aqualung” and digging it, I picked up “Jethro Tull – Aqualung”. This of course turned out to be amazing. Though these days I can barely stand to listen to the song “Aqualung”. It may have been my actual first victim of radio overplay. 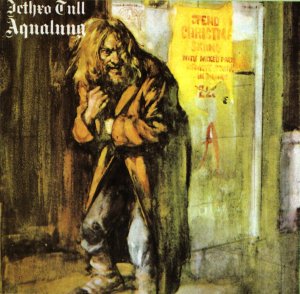 The only other purchase I recall was J. Geils Band – Live Full House. This was HOT on the radio and I purchased it specifically for the song “Whammer Jammer”. To my surprise, the rest of the album was even better. “First I Look At The Purse” is superb and “Serves You Right To Suffer” may very well have been my first touch of blues… and “Homework”… man, that was a solid pick of an album.

While there, I inquired about a cardboard cutout of Linda Rondstadt. They took my name and address, but alas, when I went back several weeks later I was told that the record store staff had ended up with it. Sigh….

The rest of the LP’s I purchased that day were probably forgettable, but, the event itself will never be forgotten. It was one of my best birthdays!