There was a time in my life when I lived in Brown Deer Wisconsin with my mother and went to school in Milwaukee at the UW. The biggest challenge was getting there. I had to take the bus from Brown Deer to Bayshore Mall, then transfer to another bus that then took me to campus.

The ride was not horrible, but long. Actually it took about a tape and a half to get from Brown Deer to UWM, not counting transfer waits. On the warm days I would sit outside and read or do homework near the bus stop so I could watch for the bus, cold days kept me inside the mall watching the time and being ready to sprint outside to the transfer point.

I got to know Bayshore mall, then an indoor mall (now apparently an open air “shopping center”) very very well. I recognized a lot of the mall walkers and had a well established favorite table in the snack bar area, just about the only good seating there.

Interestingly, there are 5 tapes I recall listening to over and over and over in those days. I’m sure I listened to about every tape I owned multiple times… but there are only 5 I really remember that always make me think of those days. I was struggling in school and struggling with the bus travel and there were days that my time at the mall seemed like a torture. Some days I spent the majority of the day there when I missed the last transfer that would get me to class on time and decided to just stay at the mall until it was time to go home. Kind of a lost time, but I did have the music to keep me sane. 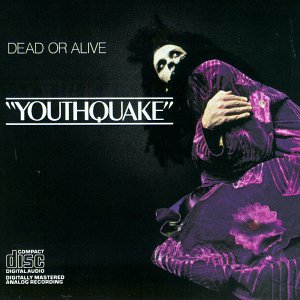 This tape included of course “You Spin Me ‘Round (Like A Record)” that is on about every 80’s compilation. It was covered my Manson and sampled left and right. The album is GOOD though. Every song is a morning get on the bus anthem and was my preferred going to school walking/waiting/riding music. “Cake and Eat It”, “DJ Hit That Button” and “Lover Come Back To Me” all classics. Granted dated and disco-tempting dance music, but at the time and even now I love that one. This tape was all bounce and no downer. I played it loud and didn’t care about headphone leak and the other bus riders. I was in the zone. This selection was not popular with anyone else I knew. Once, in a dance club with couple friends, when the “You Spin Me…” song came on eyes were rolled and I was told “This music makes me schizo and me too.” I still love it.

Pelican West was another light and bouncy tape that got to my core. This one is filled with pop music that will make you walk a little lighter and let you believe it is summer even with cold bus stop wind blowing down your neck, funky and fun to say the least. This one contains the hit “Love Plus One” and “Favorite Shirts (Boy Meets Girl)” and was probably my all time favorite tape of that era. The lead singer Nick Heyward left for a solo career right after this album. A one and done deal. The song “Baked Bean” still gives me chills. I searched for this tape when later it eventually broke. No one seemed to have it. It was like I stole it from a moment in time that would never be recovered. I eventually, years later got a copy that was called Pelican West Plus. It was missing songs and I didn’t like the extra ones they added. Boo. Finally I got a copy of the original and the world was right again.

The Alarm I heard on the radio and sought out the tape. It was big hair anthem and political rock from Wales that was on the folk side as well. A good combination of defiance and rhythm, it helped me focus my anger and walk hard through the mall. “The Stand” and “Sixty-Eight Guns” were blasted in my tiny yellow Sony sport headphones. I loved this tape and this band but they NEVER got on the radio again to my dismay. They were considered punk in those days and I only ever heard them on the “Monk Of Punk” radio show on WMSE (Wisconsin Milwaukee School of Engineering). I guess those guys needed a release. I never picked up any of The Alarm’s subsequent albums, but it was actually my desire to get “The Alarm – Declaration” again that got me thinking about the Bayshore days just recently. After writing this I am going to have to find it online somewhere. I already checked Amazon and despite selling EVERY other album by The Alarm, they don’t seem to have this one. Android Market here I come.

I have no idea in the world how this tape came to me. I only knew (or so I thought) one Steely Dan song. I can’t imagine going out and buying this, so maybe I got it from a friend. I simply can’t recall. In high school I heard “Hey Nineteen” on the radio and liked it. I never noticed until I somehow got this tape that I knew LOTS of songs by Steely Dan. This tape was full of classics that just seemed to fit with my mall days. Of the 18 tracks I had heard and liked over half and just never really realized it was Steely Dan. “Rikki Don’t Lose That Number” is Steely Dan?! I like that one. “Reelin’ In The Years”? “”The Fez” and “Peg” were amazing. I remember thinking it was mature of me to be digging this old music. It made me feel sophisticated while I ate my giant pretzel and Orange Julius.

Last but not least: 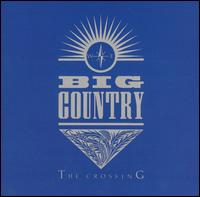 Now Big Country was all over the radio then, and I immediately loved the touch of Scotland in their sound. Their songs were melodic and sweeping and rocking. I saw a live show of theirs on MTV (back when they played music) and loved the melancholy/angry sound of the lead singers voice and the energy they had onstage. I often found myself walking silently among the mall people fighting the urge to join the chorus in a shout as this tape played. I LOVED this tape. Again, for some reason I never tried any of their others. Weird. This was one of the first ones I replaced when I decided it was okay to look back with love on the 80’s period in my life.

They got me through the mall days and were replaced by Stevie Ray Vaughn and bootleg tape trading.

They are still with me though.

Just not on cassette.