I always loved making covers for my tapes.

This practice was begun with making tape covers for the tapes that Jeff and I would exchange as letters from the early 80’s. We decided to keep them and not record over them and send them back, sort of Private Press audio letters. Along the way we learned to make awesome covers. I really got into it. I used photos, pictures from magazines and often would draw it myself: 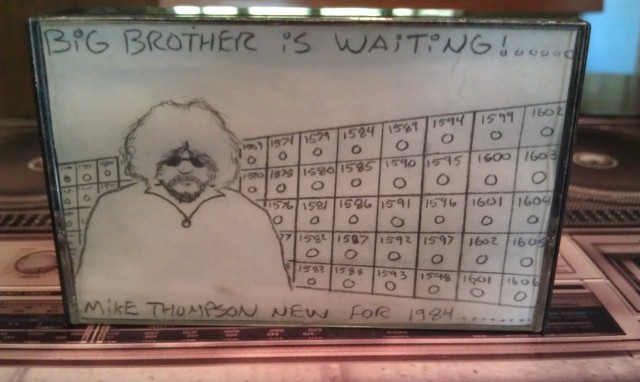 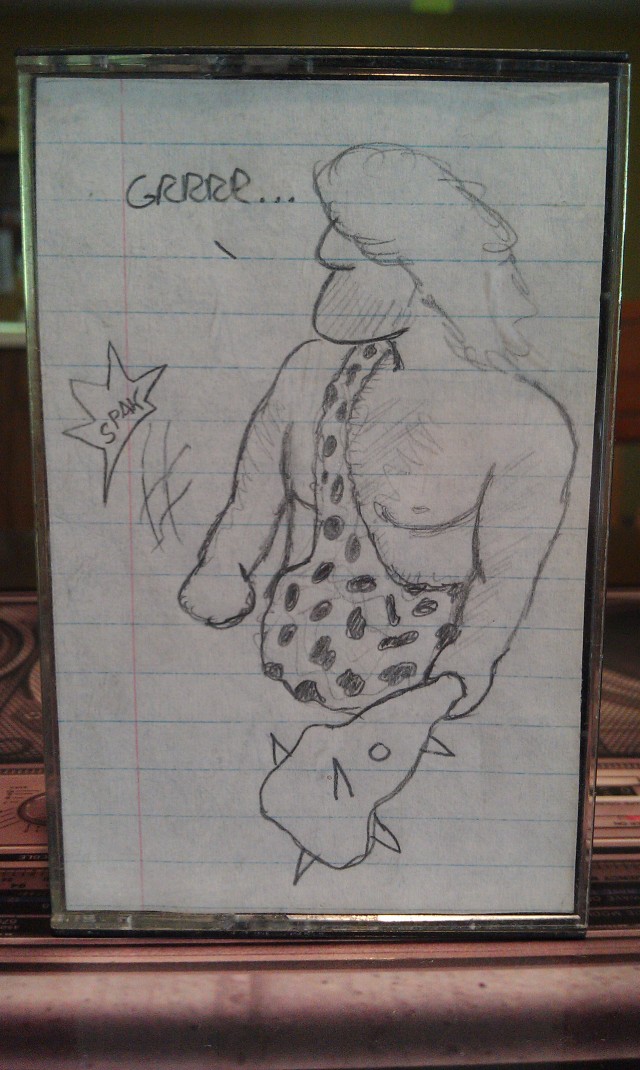 We used whatever we had handy. Even though the tape quality might be crap, Jeff’s voice and the awesome covers were always a treat. I even experimented with multi tapes. Sometimes for a double tape I would glue 2 tape cases together opposite the clear cover: 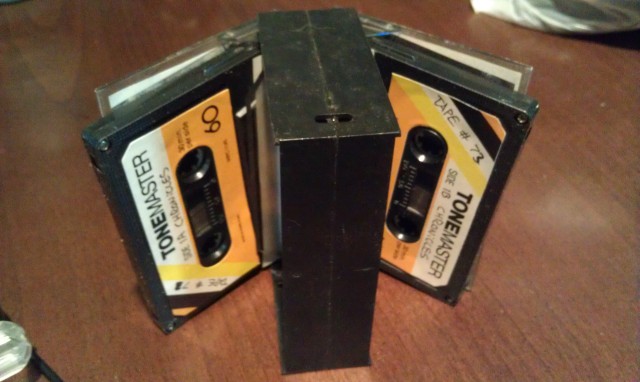 or make the cover picture span both covers, as if it were going to be displayed: 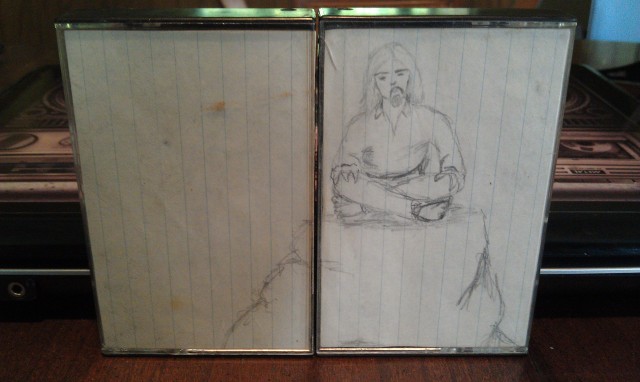 The covers were an essential part of the package. It was fun and I had little else to do back in the day.

I honestly don’t recall when I started home taping records, or what things I recorded, but in those days I was using the paper insert that came with the tape. In those days a 10 pack of 90 minute TDK’s was an amazing present. That represented about 20 albums that I could record. They were shorter back then. I painstakingly wrote down all the song titles with a special Flair Razor Point pen, usually while the recording was happening and when it was done I added the delicately written and straightly applied Side A and Side B label and tucked it all away like a proud poppa.

That was the early days.

In my college days, I had less than no money and couldn’t buy tapes. I recorded what little I could over tapes I had previously recorded but had changed my mind on being indispensable and  no longer needed  as much as the album I wanted to tape. This caused me a problem because now the paper insert was already filled out. I used up all the extra ones I had and then I had to find another solution. This usually involved a piece of paper cut to fit, like the tapes to Jeff.

Then, I came into a HUGE batch of 60 minute tapes with no covers or plastic cases. I loved having enough tapes to record anything I wanted, but packaging was now a real problem. That’s when Brown Bag Records was born. 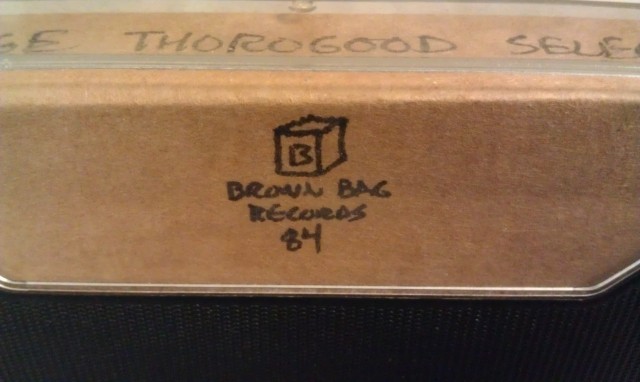 I started making my tape covers from paper grocery bags. There were plenty of these around for free and they were sturdy and heavier than writing paper and easier to work with. I’d bring home an extra bag from East Side Foods and make about 6 to 8 out of one bag.

Check out my George Thorogood tape, the one I referenced in Hard, Play Hard, and recently found in the Magic Box. This one had the Brown Bag Records official logo and a TDK paper insert for the song tracks. Classic. 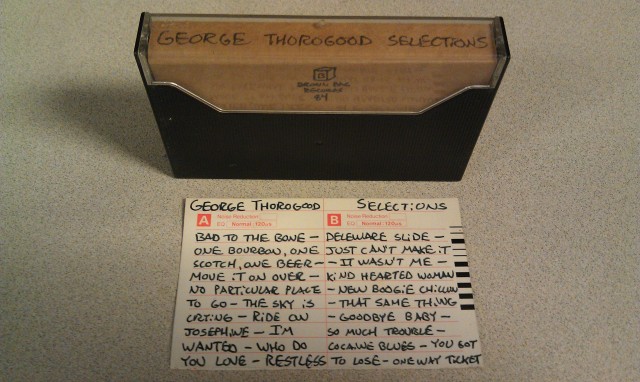 For a very short time I decided that I would document who I recorded the album from and add it to the back. It was a short-lived phase. I do have one survivor though. You guessed it… Dalton. He let me record some Iron Maiden. 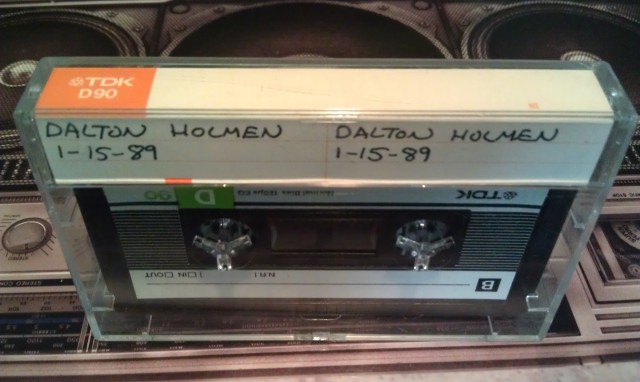 Brown Bag Records lasted for quite a while, but then I got a black and white computer printer. This was the big time. I had begun bootleg trading and this came in very handy. The Brown Bag was no longer appropriate, so I had to come up with something else. I took the anal retentive taunts I used to get for having to use the same kind of pen to fill out the labels and twisted it a bit to come up with the Aural Retentive Records moniker. It works. These covers had the new logo, lines, and an inner flap for extra writing room. Beautiful. 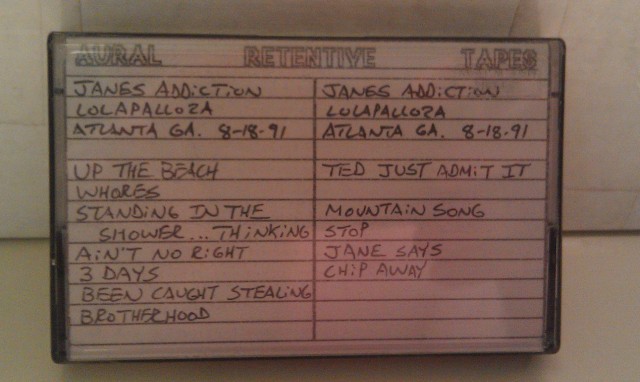 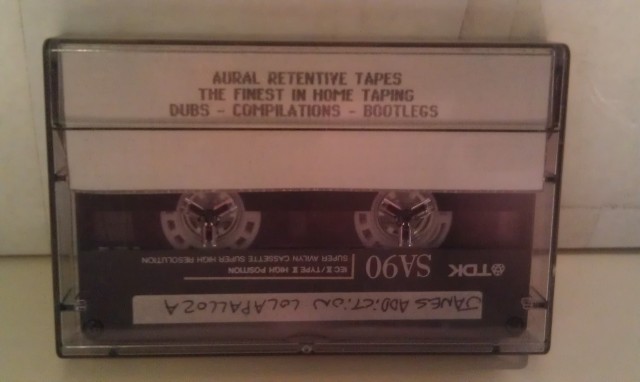 For special items the hand-made touch was still appropriate. Here is a 2 tape set of Pearl Jam that I made for Dalton. 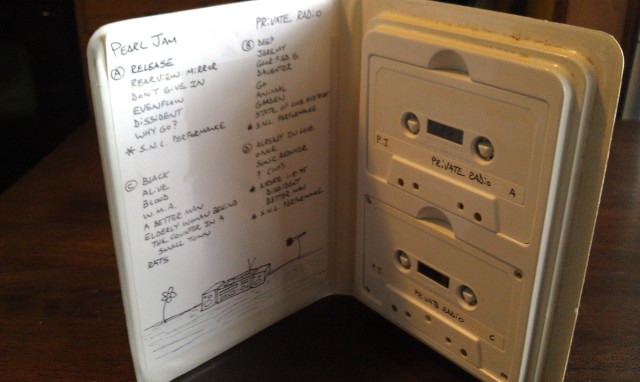 The cover is a picture of Eddie singing his lungs out. 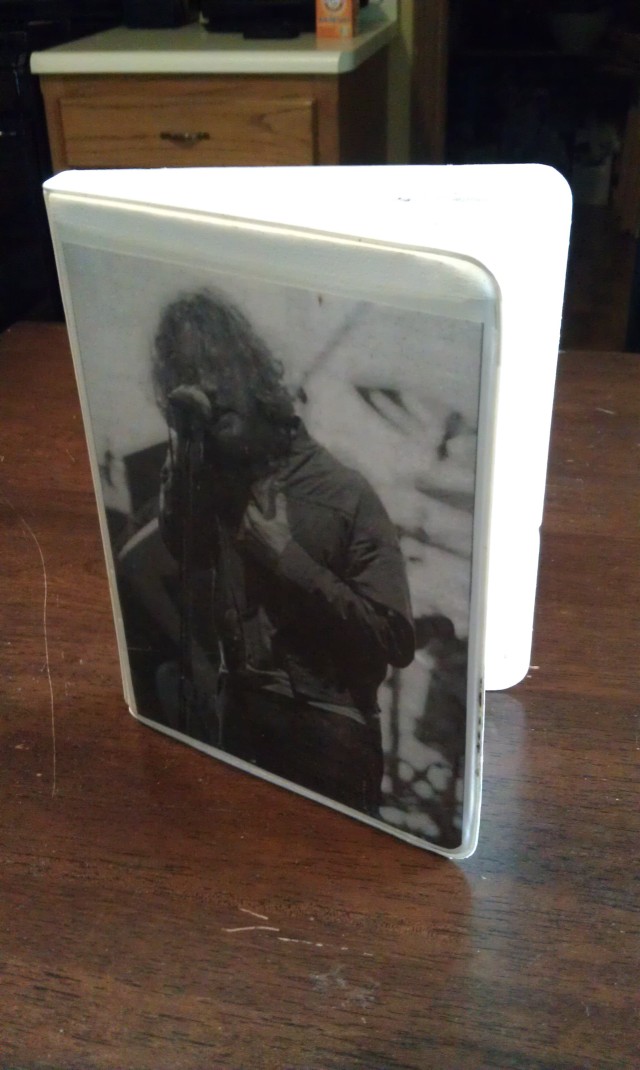 Getting a hold of one of these multi-tape packages, usually workout tapes or motivational speeches or lectures, was golden. I would create something special out of these.

Years later, when the taping slowed to a crawl and I was into MP3’s and almost all digital I did come up with one more logo for my CD covers and my color printer. It was a picture from the internet that I added some text to. Simple, but it all came together.

Now I have piles of blank CD’s and DVD’s in the basement that sit unused. I’m all digital now. The next permutation of the former Brown Bag Records became this blog. A new icon was needed. The picture at the top of the blog is the edge of TDK tape (my former favorite brand) that I pulled from the basement for the photo shoot. 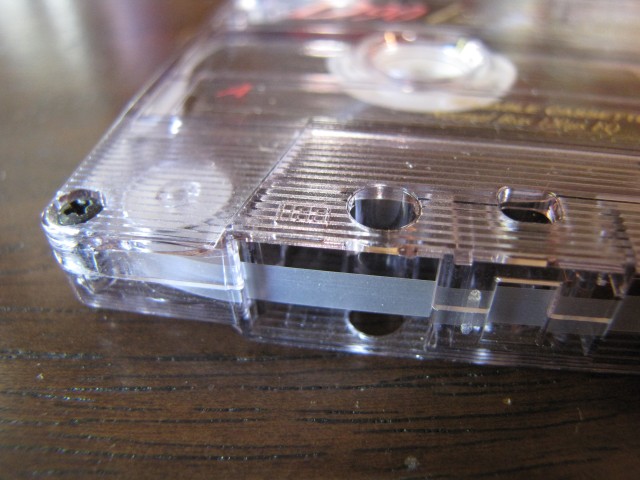 This was the best of the 5 or 6 shots I took at different angles. This is the picture that now represents me and the blog. It’s the picture I used for my business card. Of which I might add I have given out 8.

Interesting how I haven’t made it very far from the tapes in my life.

They are my history.