I have written about Paul Black before. The couple of entries about him seem to get a fair amount of views.

One commenter tipped me to the fact that there was Paul Black that I didn’t have. (Thanks Chris!) I immediately contacted B-Side records in Madison.

and got a hold of the “Paul Black and The Flip Kings Live At The Harmony” CD. Got it a buck off because I happened to go pick it up on Maxwell Street Days. Hooray Madison. I didn’t listen to it for 3 days. I was so waiting for a quiet moment to absorb it. Finally I ended up listening to it in the van on the way to work, LOUD.

There were songs I knew and some I didn’t and throughout Paul makes that damn guitar sing and shout. Man, that guy can play slide. MMmm. The pace of the songs is very slow. At first that kind of put me off, but after listening to it a few times it grew on me. 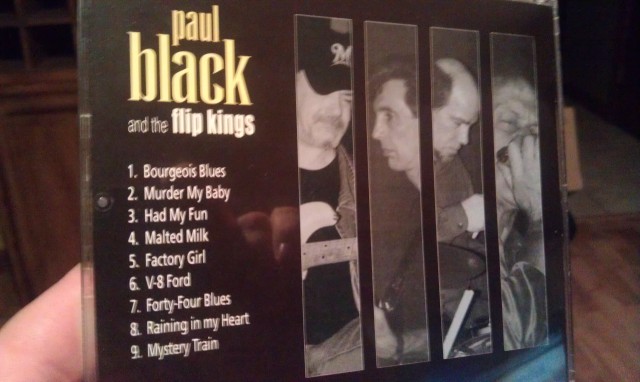 The only surprise is that 3 songs are sung (not badly mind you) by Jerry Alexander the harmonica player. He does a great job, but I selfishly wanted all Paul, though Jerry’s songs are growing on me too. V-8 Ford is pretty damn good.

All in all though, if you don’t have this one… call B-Side and get one.

Pick up their awesome matchbook too. 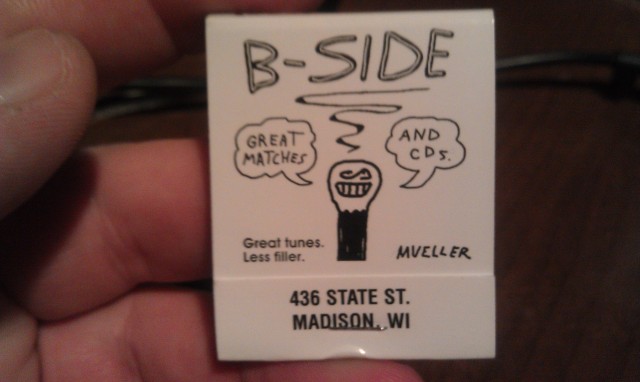 I also tracked down the Paul Black and The Flip Kings 1985 vinyl (yes I said vinyl) release “How How”. There was one copy on E-bay! I ordered it and it came a few days ago.

It was recorded at Smart Studios and Butch Vig had a hand in it.

We all know who he went on to work with.

Talk about torture. I don’t even have a record player! I am going to have to wait until Christmas when Abbey comes and brings her USB record player. Sigh. It is a personal collectors item though. It’s going to go next to my “Jimi Hendrix – War Heroes” until I get a chance to listen to it.

Then there are 2 other tapes that are my own recordings. As I started digitizing my bootlegs, I knew I had a Paul Black show recorded at The R & R Station in Madison in 1993: 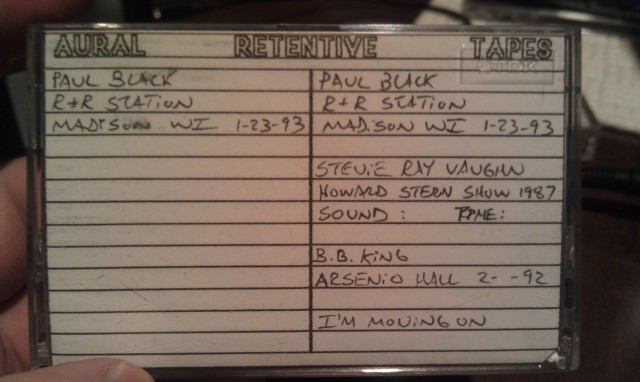 but I had recorded him at a Blues Fest in Wausau and I had no idea where it was. I searched my bootleg list for Paul Black and could only find the R & R Station show. That was a bummer. However, I was pleasantly surprised when I found this sheet of paper tucked into the box of all the bootleg tapes. It is a list of all the tapes I had yet to time/rate. Lo and behold, third item down… Paul Black! 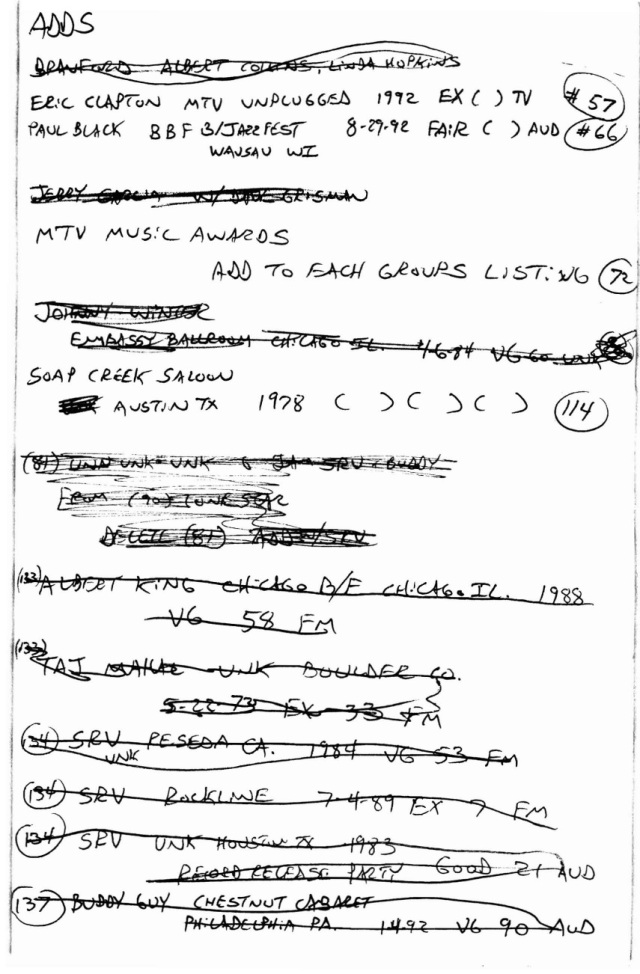 So it was in the box, it just wasn’t on my list yet. Whew! The sound was WAY bass heavy, that is why it got the FAIR rating… but the show was fantastic. More on that whole event later. Paul Black at The Big Bull Falls Blues and Jazz Fest 8-29-92:

I think I have a complete collection, plus.

Thanks Paul for the awesome music. Slide on.