This was the phase when I began to hit the cut-out tape bins.

Target and Shopko were the kings of these in my world, places we shopped at a lot.

I would stand in front of these bins until my eyes hurt, looking at the same garbage and almost giving up hope, then finding something almost good and with hope, pressing on. Digging for gold.

The bins were sometimes neat rows and you could scan the titles, pull out unwanted tapes in nice clean stacks in a civilized way, digging your way to the bottom layer effectively and efficiently looking for the one awesome tape previous diggers left behind or overlooked.

Other times, it was just in a huge dumped in mess where you had to push off to the side what you had sorted through and pray the pile didn’t collapse as you dug your way deeper still into the depths. I was often rewarded in the bin dive. Only the true die-hards would dig to the bottom.

I would, just like in the days of Meijer’s Super Store, create a little pile of possible keepers, then, when I was done searching, sort the pile down to must haves only. Then I sorted that pile into what I could afford, which was usually only one.

That is how I ended up with tapes like this.

Now this tape is what in my early years we called an “import”, which everyone knew was a nice name for a bootleg. Everest Europa? Timeless Treasures?  This is a tape produced and manufactured in Italy and sold here in the states.

This was probably commercially available in the US in some form or another, but not on cassette for under 5 bucks. Slap on some new cover art, maybe misname a track or two, and you have created a collectors item. Who would buy them? Me. I was poor, always wanted more music, and would buy Hendrix if I thought there was a chance that I was getting something that I didn’t have before.

That is how I ended up with this: 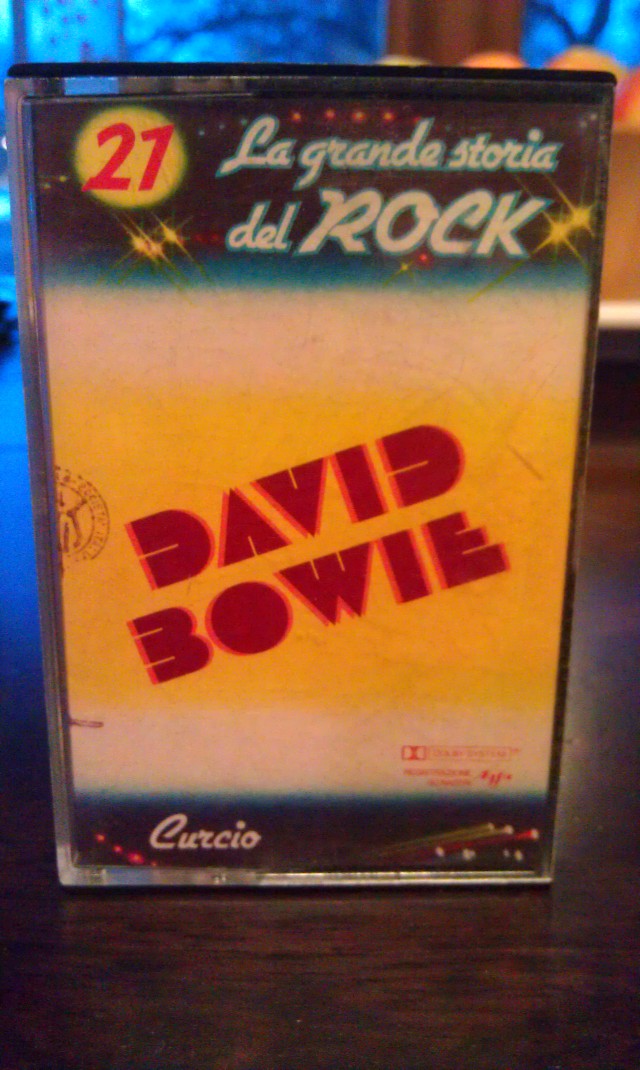 Interesting, until I wrote this I always thought that the text on this tape was in Spanish. Apparently, it is Italian.

Was Italy a hot-bed of “imports”?!

This tape is actually just a stripped version of David Bowie’s first album. Not even the whole thing! However, at the time I was not familiar with Bowie’s early worked and I thought I had stumbled onto something worth having. Tracks that were out-takes or unreleased or something else just as cool. I bought it, got it home and put it on hoping to hear something vaguely “Space Oddity“ style… and was horribly, horribly disappointed. It’s hard to believe that Bowie started out doing this stuff and then became what he is now. Lesson learned, both in terms of Bowie and in terms of EVER buying any more “La grande storia del ROCK” tapes, of which there are many. This was just a way to sell his name and it didn’t matter what kind of crap (sorry David) was on the tape. I’m not saying that a true collector wouldn’t own these songs, but there are certainly far better ways to get these tracks.

The final lesson learned was when I bought this gem. 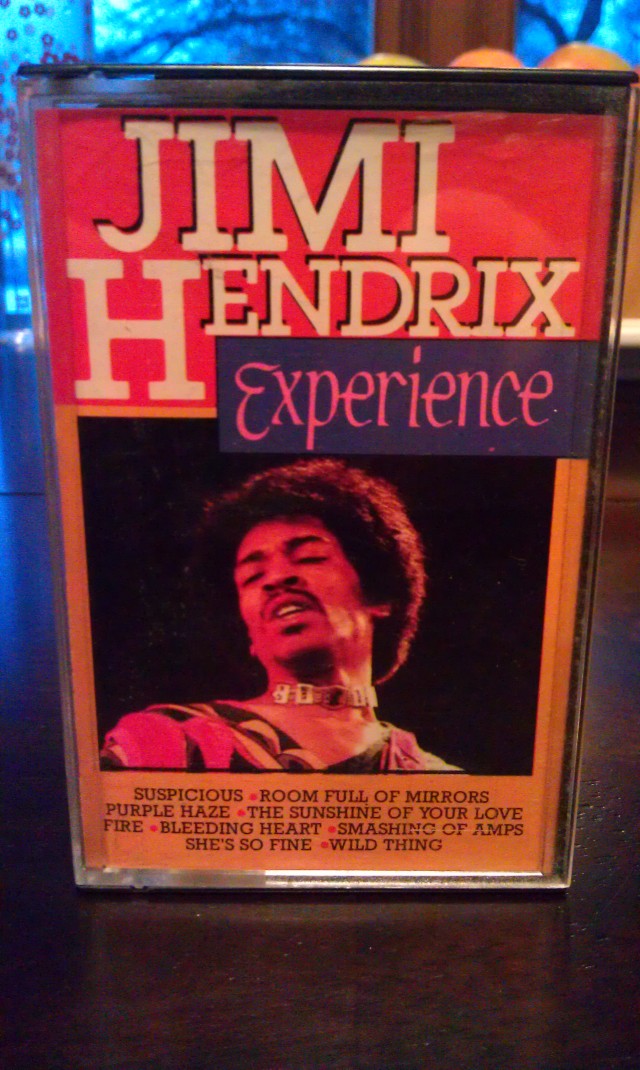 I should have known by looking at the horrible cover that this was going to be a mistake, but I was lured in by what seemed to be listed on the cover as a song entitled “Smashing Of The Amps”.  This tape was in essence the same as the tape above “Jimi Hendrix – The Last Experience”. The track entitled Smashing Of The Amps” is a long section of feedback and noise and destruction, not really a song. Dupped again. 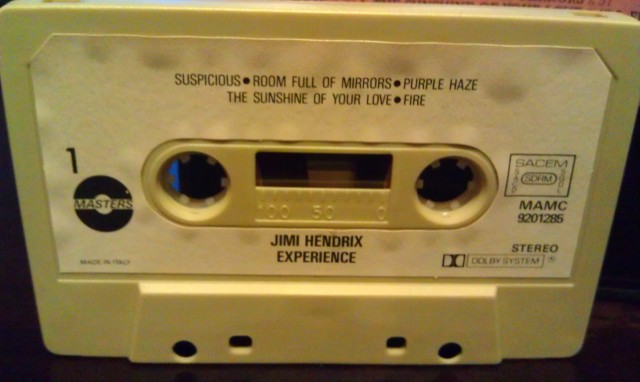 Don’t get me wrong, with Hendrix I even listened to and liked these tapes. I was in deep with Hendrix at the time and would have listened to anything he did. I even bought a few Hendrix albums on vinyl that were clearly stuff he did with the Isley Brothers. In that case I knew I was buying something that was not even close to his later work, but the collector in me couldn’t resist.

Not everything I bought from the bins was horrible or a rework of something already out there. I can say that usually, not always, but usually, these were the tapes that were the worst albums that the band produced. If you were a die-hard fan, or in the right time and the right place, you might just get lucky. I bought “Neil Young – Time Fades Away” from a cutout bin. I loved that one. It sparked yet another peak in my curiosity and up and down battle with Neil Young and his prodigious output.

However, I also bought “Neil Young – Landing On Water” from a cutout bin. Crash and burn… I didn’t like it then and got rid of it soon after. I have come to be able to listen to it and actually dig some tracks. For me at the time though, even having only paid like 3 bucks I felt ripped off.

That was the gamble, the game… you could strike gold and have a tape that changed you forever…

Or it could be La grande storia del ROCK.