Imagine if you will, a time before MTV (when it played videos) and MTV2. There was no VH1 and no concert stations on TV. You were too young to go to concerts and no big shows came to your puny Indiana town anyway. There was American Bandstand and Soul Train, but those shows really catered to dance and pop music. If you wanted to see a rock band… there was not much for you.

I recall being at someone’s house for a sleepover on a Friday night when I was blown away by a live performance by someone on TV. I was told this was on every Friday night. What?! I filed it away in my brain.

Then about a year later I had another chance to see this same show and another awesome live performance. What was this magical show that stirred my love of live music? 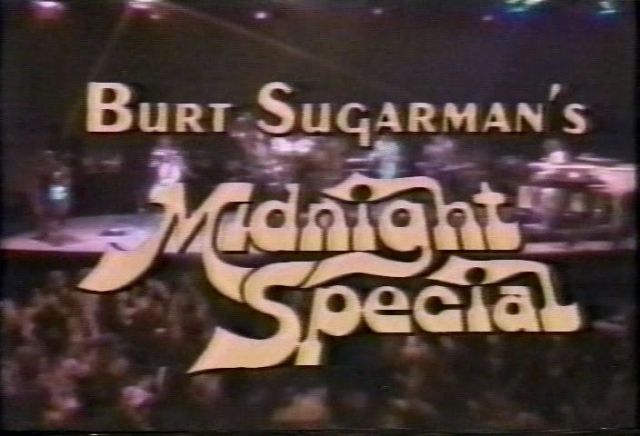 I didn’t catch it regularly, but when I managed to stay up after Carson, this was IT man. Rock music. At least more rock music than the dance shows. There wasn’t much like this on TV in those days. It was a musical oasis for me. I felt like I knew a secret that only cool night owls were privy to. It was a combination of being allowed to finally stay up late and starting to learn who the hot bands were and seeing live music played and seeing the spectacle of it all.

Plus there was the crazy Wolfman Jack.

He was a DJ back when you could be a star being a DJ. His voice was growly and distinct. Although he only hosted the show a handful of times, but he was the announcer and I always associate his voice with the show. Staying up and watching this, and then hoping the musical guest was good on Saturday Night Live (and that you could stay up to watch it) became the focus of my weekend.

The videos were not as good as the live stuff, but they were cutting edge. Once videos caught on they infiltrated the daytime too.

I can recall coming home from school and watching a half hour video show in the afternoon. Michael Jackson’s “Billie Jean” and Eddie Grant’s “Electric Avenue” and Wham and Men At Work and The Bangles and Stray Cats… that was the scene then, a mish mash of styles and artists. I loved them all and got totally excited when the “premiered” a new video.

took over the world and eventually MTV split into not just videos, but genre slots. Headbanger’s Ball, Unplugged, Jams…

appeared, playing “classic” videos, which we all know is not so subtle code for OLD. How did I go from feeling like I was sneaking by watching The Midnight Special to watching videos I saw first released on a now “classic” video station.

I guess I am classic too.