As I write this all of my precious ticket stubs from shows I have been to the past few years are in a small plastic drawer in an unorganized pile. Sad but true. They are safe, but, somewhat disrespected.

Fear not however, this year for Christmas Abbey bought me a ticket stub album! 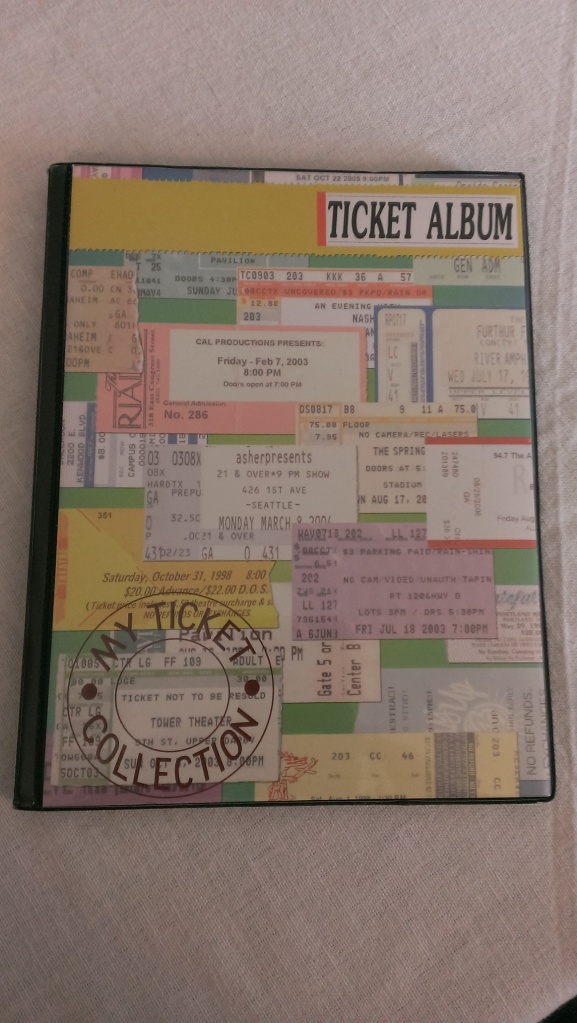 Frankly, I had no idea that these even existed. Inside there are slots for your ticket stubs.

I have already grappled with a system for filing them. Alphabetical? By Venue? What if I didn’t get a stub for a show?… in the end, date order won.

I got out the bin of stubs, which to be fair isn’t THAT many, but enough… 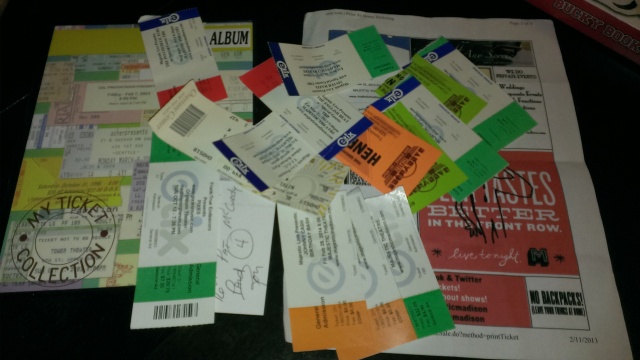 and started sorting. Immediately I discovered I will have to research my own blog to get the dates for the Barrymore shows, they rip off the majority of the date when they tear them and give them back to you. Heinous.

and somewhere in the basement I have a few older stubs from shows with Dalton that aren’t in this drawer. Stubs from Buddy Guy and Nine Inch Nails… they need to go in this book too.

I think one of the interesting things I have noticed when looking both at my stubs and the huge collection of ticket stubs that Dalton has is the prices. Some of his older tickets were like 8 bucks, for big name bands.

B.B. King was the straight up most expensive show ticket I have purchased at $49 bucks, but I did pay $50 bucks for a VIP table for Pat McCurdy at Lucky’s in Waunakee, which was totally worth it by the way.

Then there is the story of The English Beat show, where I not thinking used the print at home option instead of having them mail me actual tickets. I ended up with just a paper printout, but, to my surprise I found someone’s discarded ticket stub at the show. My huge paper ticket is in the background, and foreground is the found stub.

At any rate, this was a great gift, and I will nerdily enjoy sorting and researching and putting them all in the safety of this album.