Cindy and I went to see Straight, No Chaser at the Overture Center this week. The last time I was at Overture Center, to see B.B. King with Josh, we sat in the 3rd row from the top. This was my view of the stage. 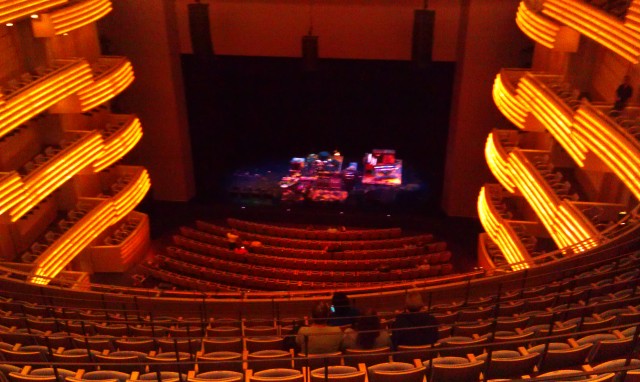 This time, Cindy and I were in row FF. Here was the view behind me. 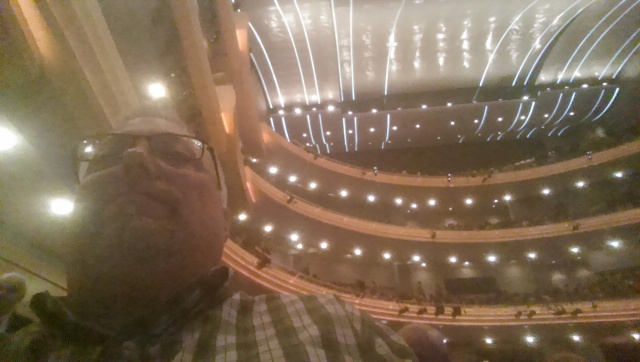 Row FF is the 6th row in the orchestra section. We were close enough to see the expressions on the guys faces. Which was good, because it was a big part of the show.

Our “We Were Here shot”. 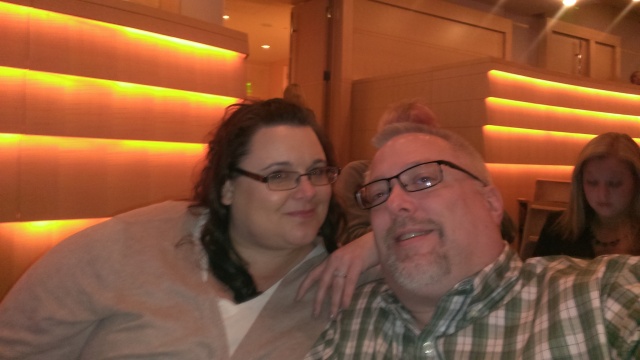 Neither Cindy or I really knew what to expect. I think we were afraid that they would be preppy college kids with deck shoes and school blazers and be stuffy. Although they did wear matching clothes with blazers, they couldn’t have been further from what we feared. It turned out that the show was not only amazing in terms of their voices, but also it was funny. They had some shtick and were fun. Cindy and I laughed out loud often. The group was a delight and a riot too.

They came out and did the first song and I was amazed at how close we were. I could hear the shuffling of their shoes. The stage was simple, just a raised two-step platform with some lights. Spot lights behind them and some uplighting.

The second song that they did was our wedding song. It is a mashup of Jason Mraz “I’m Yours” and “Somewhere Over The Rainbow”. It was really really good.

They did some older stuff and newer stuff too. They did a version of Hozier’s “Take Me To Church” and although I really don’t care for that song very much, somehow their take on it I did. I think maybe it was because I could see the expressiveness of the singer. He did a great job.

There was lots of choreography to go along with the music. At one point they did a spinning circle of bodies while still singing. It was cool, but my photo is a bit blurry. 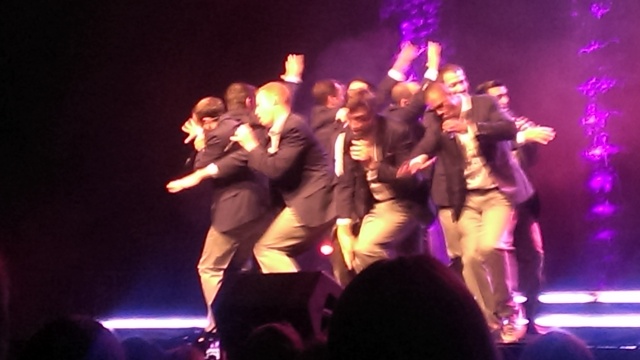 The talent of the guys is unbelievable. Almost everyone had a song that they lead and it was fun to try and pick out who was doing what part. The percussion, the tenors and baritones… they mixed so well that most of the time I forgot there weren’t any instruments. It was amazing.

One of the funniest songs was a rewritten version of “All About That Bass” by Meghan Trainor. They changed it to All About That Bass, No Tenors. The crowd loved it and was laughing like crazy. I was delighted that there was a good time feel to the show. It isn’t stuffy whatsoever. Even the traditional songs were good.

The show was fantastic. No show poster, and no marquee shot, but it was a classic.