This is it. It arrived!

The last album in my personal Beatle revolution has arrived, somewhat surprisingly, from Japan. Adding to the life lesson of never bidding on things in the middle of the night, I won a copy of “The Beatles – The Beatles Second Album” for a mere $10. Score! I thought.

Shortly thereafter I was contacted by the seller in what seemed a bit of a bait and switch technique to get more shipping money, but in the end I paid no more and agreed to have the album shipped by sea with the guestimated arrival date of 1 to 3 months. Sigh.

Well, in actuality it came in less than a month and was packaged well and in one piece from Vinyl Garage Japon in Tokyo. 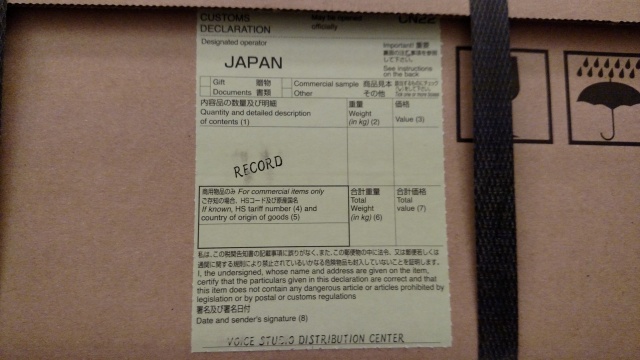 I have to say I am impressed.

I ceremoniously cut the black straps. 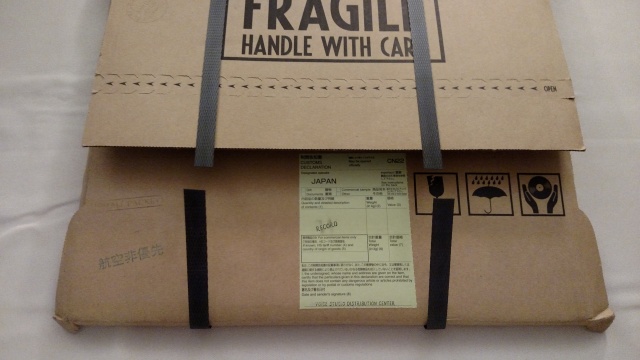 and opened the flap. I was scared that the album was going to be broken or so poor quality that I would have to order another one. Turns out my fears were wasted.

Inside was a VERY clean looking used record. The cover is immaculate. Uh… what’s this? 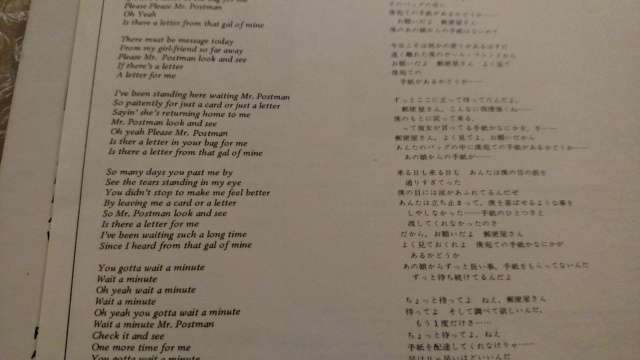 The lyrics sheet is in English and Japanese. Oh. So, obviously I bought a Japanese pressing of the Beatles Second Album. Hmm.

I stepped back and evaluated my feelings. Was I mad? Was this a slap in the face of my collection? In the end I decided… no. It is the music I wanted after all, and if I wasn’t buying first pressings of everything, then this would fit the bill quite nicely. In fact, despite having listed it as Used, it is obviously new and never been played. I got a static shock off of the record sleeve when I pulled the vinyl out. So I bought a new Japanese pressing of this album. It is EAS-80563 a reissue from 1976.

Discogs says it comes with an Obi and Lyrics Sheet. Mine didn’t have the Obi. What’s and Obi? From Wiki:

The term is used for a strip that is looped over one side (usually on the left) or folded over the top of LP albums released in Japan, and folded over the left side of music CDs, video games, Laserdiscs, or DVDs. This is also called tasuki. Obi are unique to Japan and are used to provide the title of the product, track listings (if applicable), price, catalog number and information on related releases in Japanese. It is used by the consumer to determine what is included in the album or book, and the store can use the information for ordering. Obi are sometimes used on boxes for collectible toys and figures. Products with an obi have become popular with some collectors, as products with the obi intact can fetch premium prices, and are collectible items in their own right.[2] A record or CD with an intact obi is worth more than the same item without.

There is no telling if my copy here is actually a reissue from 1976. For all I know it could have been pressed a month ago it is so new looking.

Again, I search my feeling on the matter. If it was just pressed last month, I guess that would make it a bootleg, which would be cool too. 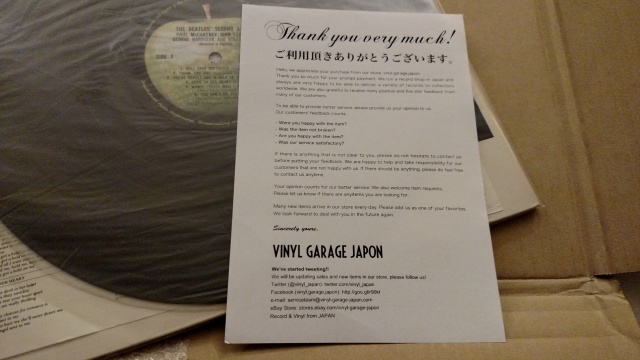 So I guess in the end, no matter it’s condition or issue status… I have the last album in my journey to get all the Beatle albums released in the US, even if the last one is from Japan.

I now have all The Beatle albums!

and after taking that shot and putting them all away, I realized I had played “Beatles For Sale” and it was over by the stereo. Retake.

It was fun and I learned a lot actually about record collecting, catalog numbers, pressings, reissues and imports. I think I made the most economical and practical choices in my purchases and ended up with a great set of records, that I will listen to and not just squirrel away to never be touched.

Thank you to Dalton who ultimately made most of this collection possible for me.

I’m not done with The Beatles yet though…