A few months ago, on a stop at St Vincent DePaul in Madison, and a swing through the electronics area I found a gem. Perhaps.

Usually full of multi-disc CD players and old VCR’s and assorted useless electronics, the sort that will be in vogue in 30 years, but not today, I am always hopeful to find a reel to reel or a record player just sitting there waiting for me. That of course is my Holy Grail of resale finds. On this day there was all the same stuff and I was about to walk away when I noticed a box that was bigger than your standard VCR or CD player box under a couple other boxes and I almost didn’t stop, but something made me. I pulled out the dusty box that was covered with tape and pretty beat up.

It said Pioneer on it. That was a good sign.

I pried the box open a bit, and inside was a turntable. I was giddy. Then I wasn’t. Inside the box, laying on top of the rubber platter mat, which was covered with apparently old packing tape residue, was what was left of the belt. A dried up and crumbling piece of rubber. There was also a black piece of what looked to be a broken off tone arm rest floating around. Ugh.

I closed the box, and put it back and left. I had 3 working record players and didn’t need another one. Case closed.

I called the St. Vincent back and asked if it was still there 2 days later. It was. I couldn’t leave it there all sad and lonely, particularly if it was just a belt it needed. I returned to the store and pulled it out of the box and had a look. The dust cover was still in good shape, and I quickly Googled a replacement belt (only 8 bucks) and decided that for the paltry sum of $15.50 I would save it. 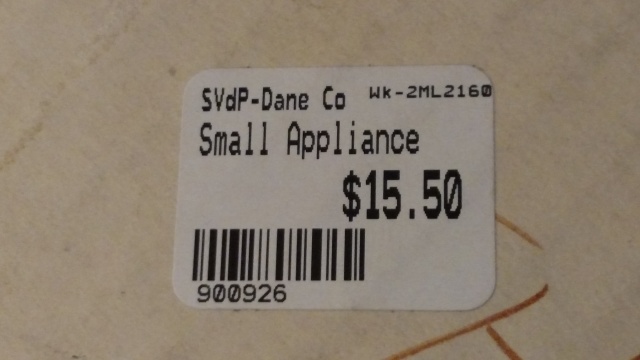 It looks like it had been packed to move. 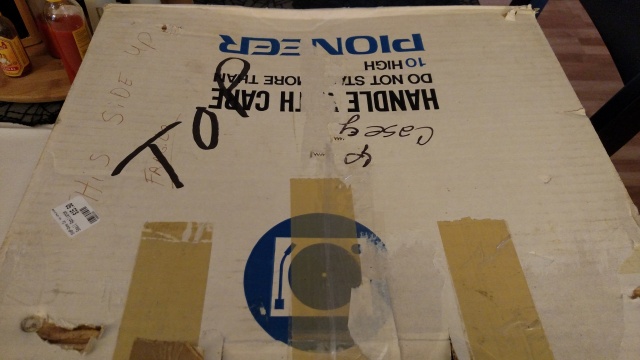 With no belt I had no way to see if it was really working or not, but even if it didn’t work I had uses for it. You could even sell it for parts. It did have a nice tone arm, so I was hoping I could salvage it.

My first look under the hood and I found all the pieces of the belt. 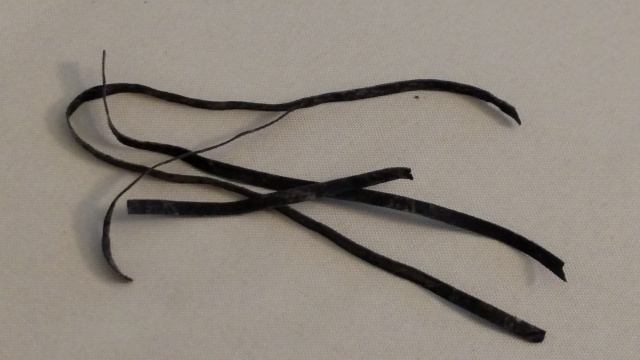 Also I got to see up close (sorry former owner, or Belkin) the idiotic tape remnant left behind by the packing tape. This was ugly, but in truth would be covered by a slipmat, so I wasn’t so dismayed at this.

The tone arm cradle was simply broken off cleanly at the point that it narrowed to slip into the hole under the tone arm.

After staring at it and thinking of trying glue and worrying about it, I came up with an ingenious plan that made it non permanent, sturdy, and cheap. I noticed that the stem of a Q-tip was exactly the same size as the inner empty cylinder. I cut it to length and inserted it into one side. 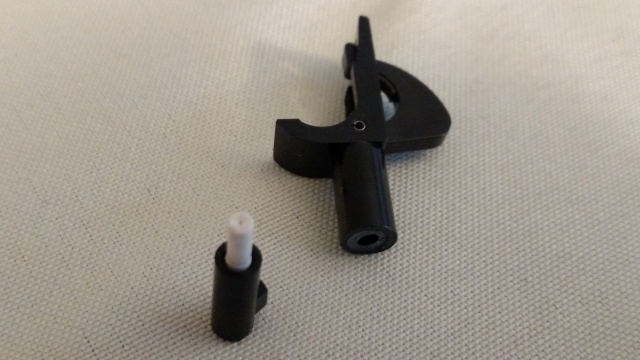 Then I wet it and immediately put the halves together. Viola! 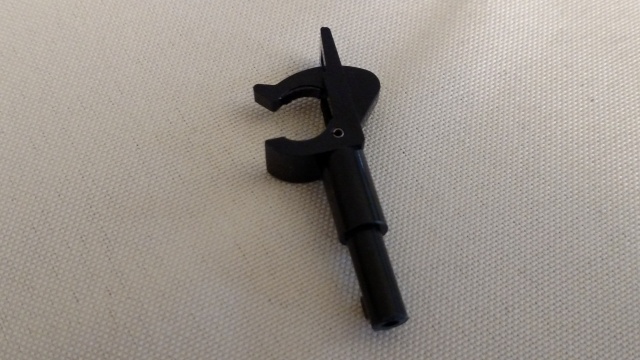 Then on to the belt. I ordered the one I saw and about a week later, the belt (or as I like to call it a glorified high dollar rubber band) arrived. 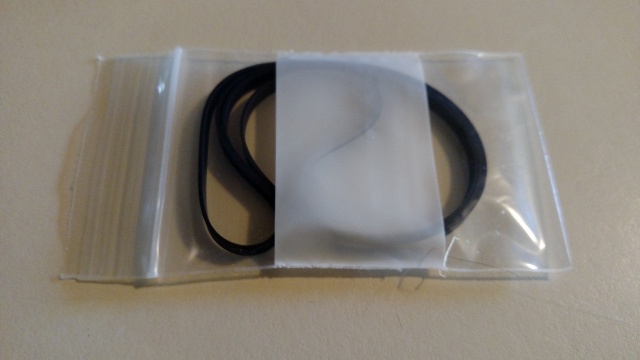 I went to YouTube for a lesson on how to replace one, which was far easier than I thought. Just take off the platter. 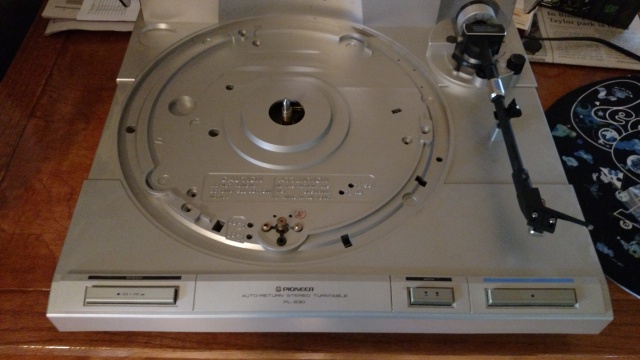 Wrap the belt around it.

Then put it back on and carefully stretch it out and over the motor wheel.

Problem # 2 solved. Then came the big moment. I plugged it in. It worked! The platter started turning! Wait. What? The platter is turning but the tone arm is in the rest. Uh…

Well, I suppose I could live with that if I had to. I moved on.

I grabbed the tone arm and ever so gently lifted it and went to move it over the platter. It  would only move about 1/2 inch towards the platter and then it was stopped dead. I tried to apply a little force, which clearly was not a great idea, but I was dumbfounded. Nothing worked. So it was powered up and turning without having the tone arm up, and the tone arm wouldn’t move to a spot over the record. That was it. I was done for the day on this thing.

I was faced with the decision now of do I take it apart and see what I can see and risk never being able to put it back together again correctly, or just give up on it?

I took it to the basement and avoided the decision for a while.

Fast forward to today. I had a few hours and I decided to have one more go at it before I either gave up on it or fixed it and spent $20+ bucks on a needle.

So, I flipped it over and removed the cover on the bottom and exposed the inner workings.

I found the tome arm mechanism and tried to watch the movement as it pushed other parts and stuck after a tiny bit of movement. I decided it was time to call in the miracle cure.

This is a can of oil that I got from my father’s toolbox about 30 years ago? When you only use a few drops at a time it lasts a while. It will probably rust and disintegrate before I ever run out. Thanks Dad.

I couldn’t drip it in, the real estate was pretty packed in.

So, again with a trusty Q-tip I positioned it on the tone arm spindle and dripped the oil onto the Q-tip and let it run down the Q-tip shaft to the bare end where I had broken off the cotton part. It dripped right into the correct spot. Direct hit. I gave it a couple drops, then flipped the whole unit over and tried the tone arm. It moved a tiny bit more, then a little further, and then it was basically jerkily moving all the way across. A few minutes and another couple drops of oil and things were moving pretty well.

One thing became clear though, there was some mechanism that wasn’t engaging the tone arm return correctly. To use this record player would be a manual process. I would have to lift the arm, push it past the outer edge of the record to release what would be the power on and then set it on the start of the record. That’s pretty much what I do now, so I can live with that.

The last problem to solve before I was willing to buy a needle, was that the player was always running.

I took the bottom panel off again and started oiling things. Everything that seemed to be involved in moving got a drop. Then I flipped it over again. The button started working to lift the tone arm, bring it back to the tone arm stand and shut off the player! Woo hoo!

Then I pressed the cut button and the tone arm lifted, the platter spun, then the arm lowered and the platter stopped. I lifted the tone arm manually and brought it over the platter, which should have started it. NOTHING. So now I had the opposite problem. Instead of running all the time, I couldn’t keep it going. Sigh.

I walked away  for a bit.

When I shook it off and returned, I took it apart once again and after 20 minutes of poking around, I found it. The trigger for the platter motor! After still another 20 minutes I determined that I had no earthly idea what mechanism was supposed to make it turn on and off. The tone arm parts which should have probably, didn’t seem to engage anything.

So again I was faced with the choice of taking it apart further, which would be for sure dangerous, or just finding a way to be able to do it manually. It wouldn’t be pretty, but after coming this far and solving problems 1, 2 and 3 I had come too far to screw it up and scrap the whole player. So…

I know that there is probably a way to fix it for real, but I’m just not a technician and I am weighing my odds of actually doing more harm than good. I attached a zip strip to the on/off mechanism and taped it in place. Inglorious, but in the end it works! The zip strip exits the back of the player through what I assume is a vent. 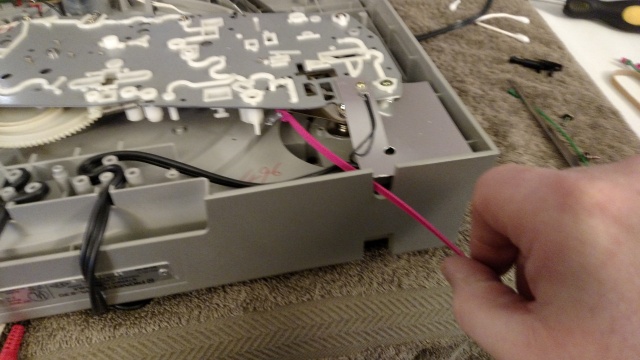 Push for on, pull for off.

I put everything together again, cleaned the cover, added the Led Zep 3 slipmat and plugged it in for a final test.

It’s not perfect in any way, but I do believe it will work. Now the last step is to buy a needle and give it a try.