Owning a home is always exciting.

When the house was purchased in 2007, even before we moved in and were both renting and paying mortgage (thankfully for only 2 months) we spent time in the house moving stuff in slowly and painting EVERY wall and ceiling. It was a foreclosure that needed a bit of TLC.

The former owners had a bit of a flair for the dramatic colors which they exercised on the walls. Almost ALL the walls. I think this one particular shot really gives you a feel for what we were faced with. Behold.

Try and take in some of the details in this photo. That is a purple color in the foreground and what can only be described as a salmon-like color in the sunroom beyond. For added spice, they had turquoise blinds in the salmon-like room. Stunning. As far as the carpet goes I’m pretty sure they were raising wolves inside. I could tell where the dining table had been by the clean circle of carpet. The rest of it was in poor to dismal shape and needed to be replaced. You can see some typical stains in the lower right hand of this shot. I also got good at fixing drywall edges like the one you see directly in the center of the shot.  Max and I tore out all the carpet in every room upstairs. Only the basement carpet was usable. It was nice to paint without worrying about dripping on the floor.

It was the end of November and I was in almost every night to do painting. I would come in, turn up the heat that I was keeping very low, double gas bills were not fun, and start taping or roller painting or doing trim. The day before Christmas I came in, turned up the heat and got started.

An hour later, as I was done taping and about to start painting a room, I noticed that it didn’t feel much warmer. In fact, it was still cold. A check of the thermostat showed that is was barely above 60. I thought perhaps the furnace had blown a fuse or something. I checked the fuse box, nothing blown, and then I went into the “furnace room”. To my dismay, the furnace was oozing an orange fluid and wasn’t pumping any heat.

A call to the dealer on the sticker on the furnace garnered me nothing but the information that, lucky me, that type of furnace was experimental and they didn’t handle or do any maintenance on them. He did tell me that if the reservoir of orange solution was low I could add anti-freeze to it. If the fluid was low enough it might shut off the furnace.

So, out to Walmart I went and got some anti-freeze.

I poured some in and the furnace made noise, not a good noise mind you and the ooze of orange fluid turned to a gush. I opened the panel of the furnace and to my horror the fluid was dripping onto an important looking panel of circuits and wiring. There was a tiny bit of smoke emanating from this motherboard. The heat was struggling to come on, would blow a little bit then shut off in one to two-minute cycles.

I was frantic on my next few calls, and being the day before Christmas at that point no one would hardly answer, let alone come help. So I tried to let it run and fill the fluid to keep SOME heat in there so the pipes wouldn’t blow up. I had a fire going in all 3 fireplaces to try to keep things from freezing and I was afraid to leave. I was convinced the furnace would blow up or catch on fire at any point. When I did decide to leave I came back over to the house, luckily only about 8 blocks away from the duplex at 2 hour intervals all night. Christmas was a mess.

So we hadn’t even moved in and we were introduced to the rigors of home owning.

My next lesson came when the float fell off the sump pump when all the snow was melting and the basement flooded. Luckily I had 3 toilets sitting in the basement waiting to replace the toilets in the house and I stole a float from one of those. It was way too late though. The carpet in the basement was a total loss.

Next came the April rains. The window wells filled up and flooded a basement room. We had to tear out drywall about 30 inches high all around the room.

All possible attempts have been made to stop any such issue in the future, building up the earthen slopes outside the leak points, and buying some window well covers and (knock on wood) we have been flood free for 7 years.

Things have changed in the house. Abbey and Max have both moved out to start their adult lives. The house is now just Cindy and I and Joey. So the basement is just storage and my music collection.

Over the past few years there has been an occasional push to clean things up and out of the basement. Max came and went through his stuff and I did some hard looking at stuff I had been storing for years and years for no good reason. It was starting to look more sparse down there and I kept imagining my records and music stuff occupying a more permanent place.

To be honest, watching everyone’s videos on the Vinyl Community YouTube channels got me to imagining my records in a Kallax 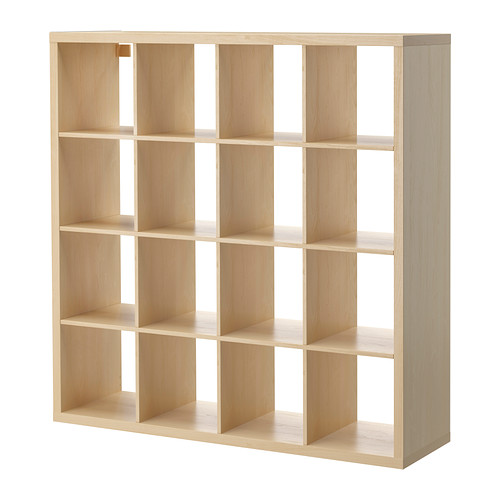 instead of wooden crates on the floor. Then I began to imagine fixing the flooded basement room to house all of my stuff. We had bought the drywall to do the repairs an embarrassing few years ago and had never done the work. Seemed kind of like polishing a turd with everything else that needed work, some still to be done (garage trim, window trim), but lately I was dreaming about it.

Cindy and I discussed some repair options, and before I knew it, I was diving in on the project. To complete this Music Man Cave I needed to

3 Put up wainscoting with trim

4 Add a carpet remnant to finish it off.

For this shot I just leaned the wainscot against the wall and put the rail on top. This is a sneak peek. Still lots of work to be done.

However, materials for 3 and 4 have been purchased.

The closet in the room was never finished by the previous owners, and one of the overhead lights doesn’t work, but it’s taking shape and I am excited, but moving slowly and carefully to finish it. I don’t want my excitement to rush me.

I have configured the room in my head, and have a plan for my various bookcases and racks and cart and can even imagine doing my first YouTube video in there.