Wayne “The Train” Hancock. Artist least likely to be liked by me, but, I can attest that I do.

This is the reason I saw him AGAIN. There is just something about the feel of a Wayne Hancock show. He has been described as juke joint swing and I guess that fits, but there is more too it than that. He is like a honky tonk Miles Davis, gathering talent around him and letting them shine on traded solos during the songs.

Wow, did I really write that?

Anyway, I have seen him a few times before and was stoked for this show. He was touring a new album that’s called “Slingin’ Rhythm”, which is exactly what he does. This was also a chance to visit my High Noon Saloon vinyl art that I donated to the bar.

There are no ticket stubs to show, they were will call as the only option, but I did get a flyer

the lines are in the poster itself, there is another flyer printed on the back. Not the best print, but that’s okay because I also got an actual poster from the show!

and while the first band set up, Wayne was just hanging out at the merch table so I bought his new album on vinyl, which he signed for me

and got my picture with him

I hope I don’t appear too crazed fan-boy. I was actually trying to hold my smile for the flash and gave up just before it went off. Good pic though Josh. Thanks.

I also had Josh take my picture with my vinyl art which the High Noon Saloon put in their O’Cayz Corral memorial display. Pretty nice company to keep.

Josh and I nestled up to the bar and took in the first band Pupy Costello and The New Hiram Kings. They were more country leaning than Wayne, but pretty good. The played a short but entertaining set. 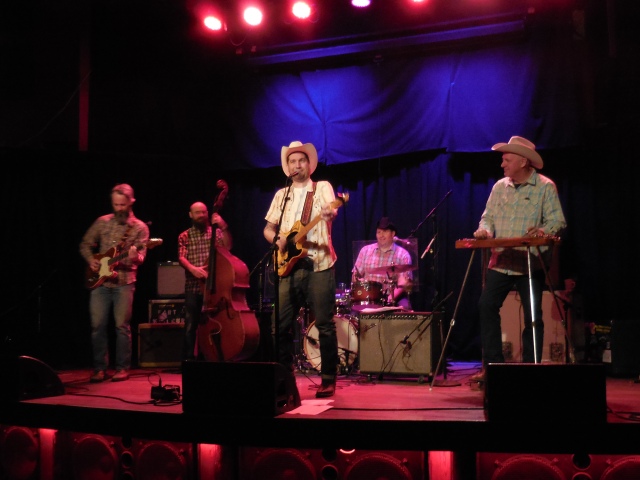 Note the steel guitar. What am I doing here?? I used to positively hate steel guitar. Sigh. In recent years I have come to realize it is used in music other than old sappy drawly country music and come to accept and admire it.

Josh and I with a phone lighted we were here shot.

Then it was time for Wayne!

We made our way to stage front, the best place to see Wayne and staked a claim dead center. There were some regulars there and a small gathering of cowboy hat wearing folk off to the left.

Wayne and the band came onstage to some woo hoos but it was an unpretentious arrival and they were still setting up. I got a shot of Wayne’s road weary but cool Chuck’s. Weird I know, but it’s a cool shot. 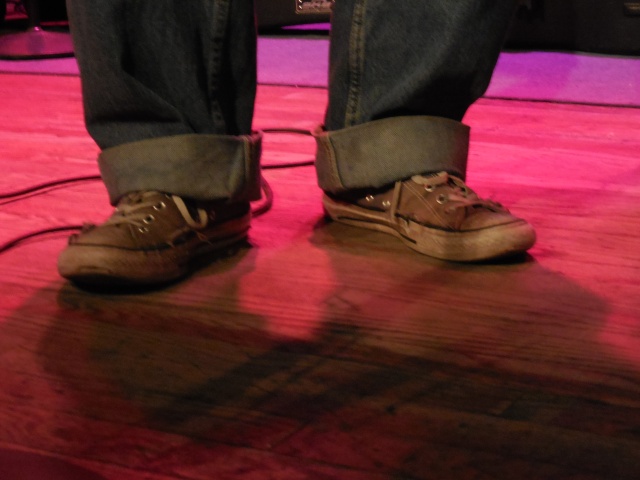 Then all of a sudden, they were just playing. No hello I’m Wayne, just let’s start this jam.

After I stopped yelling my appreciation of the music starting I tried to get some pictures. One thing about Wayne… his hand like never stops strumming, so almost every picture I have just has a blur where his right arm should be. 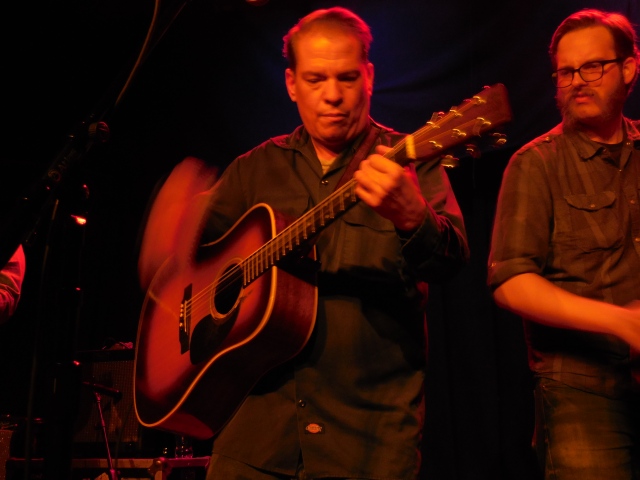 That’s what happens when you’re slingin’ rhythm I guess. You go Wayne!

and a stand up bass and steel guitar on the right… 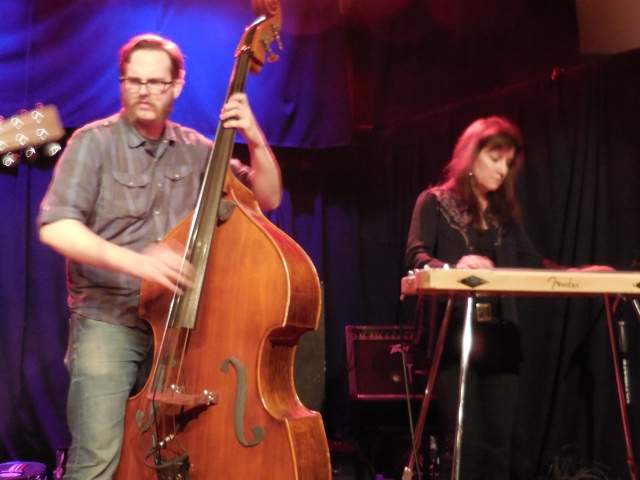 with Wayne dead center. He was right in front of us.

The music is the same as always, fantastic honkey-tonk with extended jams back and forth between all the members of the band. I even loved the steel guitar. It was great. They played plenty of songs from the new album and loads of songs from previous albums. I knew almost everything and was singing along like a fool.

The crowd was loving every minute of it and there were only a few drunk fools who were yelling requests a little too boisterously. Aren’t they at every show? Sheesh. We enjoyed out spot down front.

It’s hard to describe the feel of one of these shows. There is a sense of familiarity with the music and the show is not at ear-piercing decibels and the crowd is pretty sedate normally. It’s just a good time show and great music. I hope he keeps making music for many years to come. I love these shows.

During a break, Wayne went to the back of the stage and fixed a broken string. 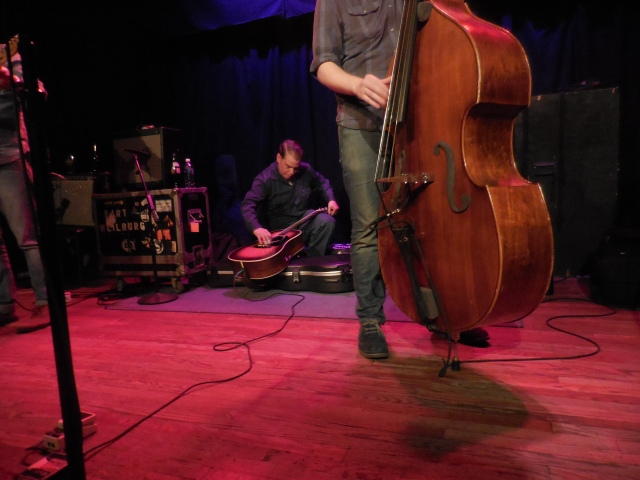 No roadies for this guy. No giant bus outside. He does it himself. He came back and jammed some more and I tried to get a still shot of him playing, but it was not to be. 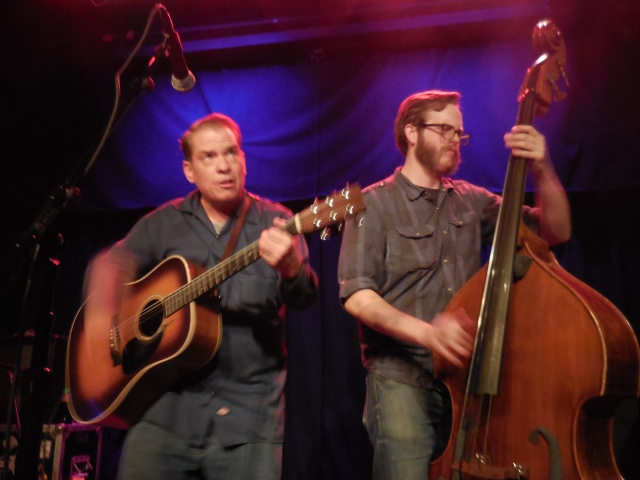 Picture or not, the show was fantastic. He played great and did not disappoint as usual.

If you ever get a chance to see him, you have to go. He comes around every year or so and he is still recording, so you should get a chance. I have seen him multiple times and every show is better that the next.

You killed it Wayne!