Unbeknownst to me, as we walked out of the recent English Beat show, Cindy was handed a flier for a movie premiere that was happening here in Madison. Too bad I didn’t notice. 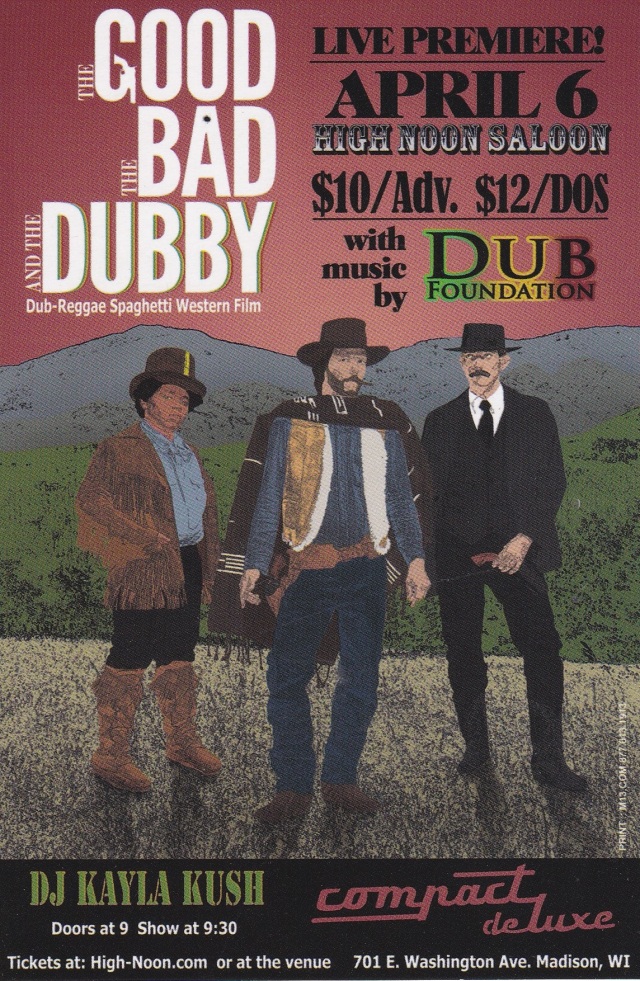 This would have been amazing. You can check out the trailer here:

I have been into Dub music for quite a while now, AND, these old spaghetti westerns are engrained in my psyche from when my father let me stay up ludicrously late on nights I shouldn’t have to watch them with him. All of the Clint Eastwood movies… For A Few Dollars More, The Good The Bad and The Ugly and For A Few Dollars More were favorites. The music was entrancing and distinct, and later I came to know from Ennio Morricine.

The grit and grandeur of such movies was epic, with Clint becoming THE archetypal gunslinger.

As for Dub music, there has been a long history of dub producers taking on films and video games and even other bands for fodder for releases. For instance Lee Perry and The Upsetters “Kung Fu Meets The Dragon” and Scientist “Space Invaders”. Sure they are gimmicky, but I find myself going for those because of that. So no slight.

This movie would be awesome. It says it is coming out Spring 2018.

I hope I didn’t miss my chance to see it.

Not sure it would play at Marcus Point Cinemas.