So… I don’t bandy about the word sublime much. I usually use awesome, or fantastic, or something along those lines… but in this case the word sublime really fits the bill. The Smashing Pumpkins show was sublime.
I have posted many times about The Smashing Pumpkins. My first Pumpkins was “The Smashing Pumpkins – Siamese Dream”. I heard it at my uncle Phil’s. It was my cousin Christopher’s. It really struck me as I listened to it that despite a stupid name, the band was really good. By the time I reached the end of that album I was hooked forever.
I had the CD “The Smashing Pumpkins – Mellon Collie And The Infinite Sadness” and recall playing it for the first time while I cleaned my bedroom and stopping more than once to just stand there and listen, transfixed. The collection of fast hard tracks and soft melodic songs were such a huge success to listen to. I was amazed.
I was SO into the band I bought “The Smashing Pumpkins – The Aeroplane Flies High” box set of singles in the cool black and white box with the handle.

Cindy and I were headed to a new venue downtown. It has only been open a few months and I had seen pictures of the inside but really had no idea what to expect, and knowing that the show was sold out… I was nervous. It was what I consider an early show, with doors opening at 6. We headed down, arriving in the area after 6 and still seeing a line down the block outside as we spent 10 minutes looking for a place to park. There is a parking garage next to The Sylvee, but it is still being finished, so no parking there. We ended up about 5 blocks away, not too bad actually and hoofed it. I knew we were not going to be standing down front, so our timing was actually okay.

A new venue to get marquee shots from! 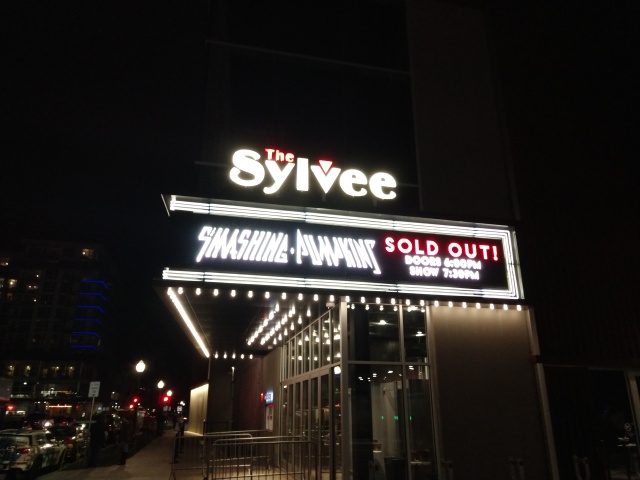 We were trying to get inside, so despite being not crisply focused (spoiler – get used to that) we called it good and headed inside.

After an actually pleasant and welcomed pass through built-in metal detectors a bit like TSA in the airport, we entered The Sylvee proper. 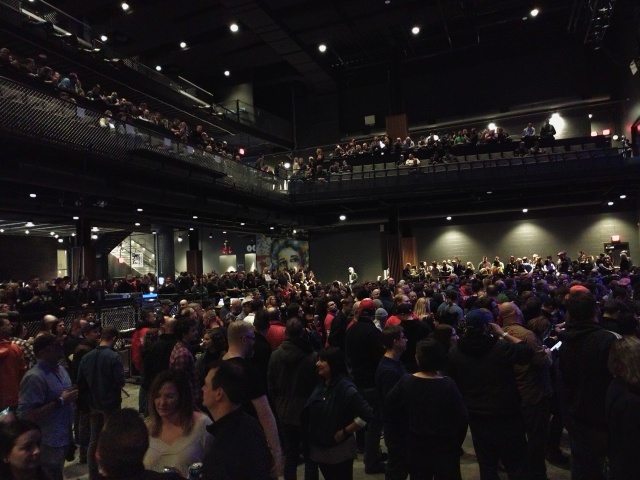 The setup is like The Majestic, but supersized. We staked a claim next to the ADA area with the stage to our left. The floor area is lower, so we had no problems seeing over everyone, and we were not in the mass on the floor. I thought it was a good spot. You can see the 2nd floor balcony seats and standing area up there. I don’t think there are really any view challenged spots like you can end up in at The Majestic. Though if you want one of those seat, be willing to P A Y big. 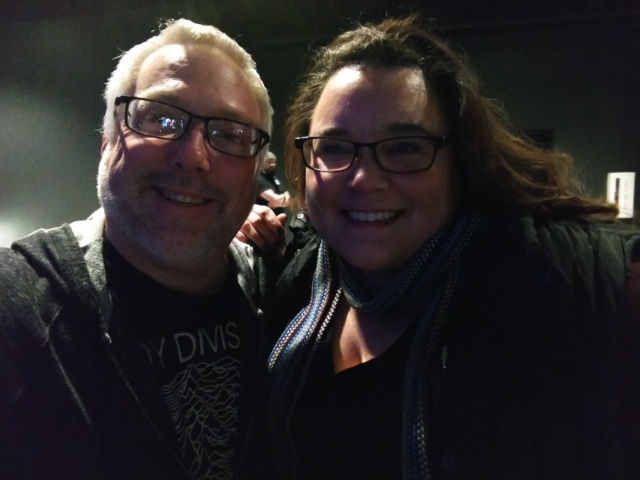 This was our view of the stage, not too bad, and above the heads.

We had a clear view of the whole stage, and we didn’t have any drunken idiots banging into us and we weren’t so packed in we couldn’t move our arms. It was pretty nice.

Shortly after 7:30, 2 people walked out on stage, one with a guitar. Thus began one of the weirdest 40 minutes. At first I thought that it was a joke of some sort. They were dressed in leather coats and had what looked to be tragic white wigs and sunglasses. But before I knew it one of them was working a keyboard and synthesizer and the other was playing 3 or 4 notes over and over until they synced up and created an undulating drone that swam across The Sylvee. Most people, like me seemed kind of stunned and stood absolutely still and just stared.

For my part, I had no idea there was an opener, so that’s on me.

The guitarist soon started singing and it was clear that these guys were here to stay and playing dark wave synth pop.

Now, this short description may sound like I didn’t like it, but in fact I did. The drone was cool and the music was good. By the second song I was into it. Nonetheless, the vibe seemed all wrong for what we were about to experience with the Pumpkins. It was like having a reggae band open for Metallica. Just off. Nonetheless, I did like it. They never once said who they were, and it wasn’t until later when Billy thanked them that we learned that they were a band called Drab Majesty.

Here is where I mention again that I didn’t even bring my trusty Nikon Coolpix and only had my phone to take pictures with. So the only pictures of the band I got were not great, but it will give you the idea. Also, before you see these, my one complaint of The Sylvee was that the stage lighting was a bit dark, makes picture taking a challenge. I’m sure they don’t care about that. Lol

So to give you a better sense of what they looked like I found this shot from another show.

Once again, I thought the music was really good, it just wasn’t what I was there to hear.

The last thing I will add to this Part 1 report of the show is my report on my earplugs. Huh? Yeah, earplugs.

For my birthday my thoughtful wife purchased me some killer earplugs. Not those foam kind you can get for a buck at the bar, but real serious earplugs. 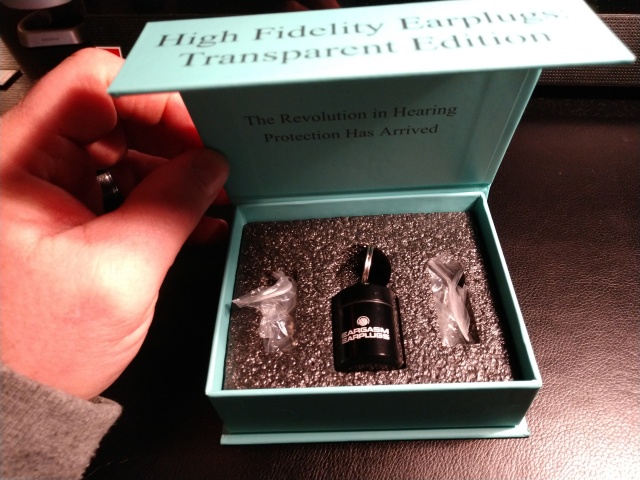 They have a filter in the center so some high end sound can get through and give you a subdued but clearer range of sound.

and come in a nice show ready container for safe keeping so you don’t lose one onto the beer soaked floor when you are getting them out of your pocket. Not that has ever happened to me.

I can report that…

There are times when using the foam plugs that you simply lose all the high-end range and you end up just hearing thump. So you are kind of stuck between hearing everything (and then nothing but ringing for a few days) or half of the sound of the show (which is sad). So, these are my new best friends at shows. The sound was clear and sharp through them, just not so loud. That is what I want, to hear everything, just not so loud that my ears are blown out by encore.

Once Drab Majesty finished the lights came up and the stage was turned over.

It was time for The Smashing Pumpkins!!