I came across a Frank Zappa poster at a college bookstore, for the life of me I can’t recall when, but it was awesome and I managed to get it home without crushing it and when I started my job at UW Health, proud to have a cube of my own, I brought it in after acclimatizing, and put it up. I felt like it spoke to my inner wild man, despite my button down and ties.

The black and white poster had the text “Kill Ugly Radio” on it as well as “My Pumpkin”
in much smaller text. It adorned my cube there for nearly 11 years. When I left there it came with me of course.

The corners were thin from carefully pulling tape off of them and there were holes from pins, but I had had it for too long to abandon it. It was Frank after all.

When I landed at another job, and checked the climate about decorations, I went up there too.

When I returned to UW Health, so did Frank.

Then we changed buildings and went to open concept and no more cube wall to hang it on. Luckily, this was when I was making the music room, so it went up in there. Here it is next to Steve Martin and above an English Beat show poster and the poster for the Madison Blues Picnic.

So, this poster has been in my life for many many years… and I had no idea it was actually a Frank Zappa album that I had never heard of!

I had no idea. I have never seen this CD anywhere, or heard of it. I found it on Amazon for like $5 and ordered it. There are tracks from other albums interspersed with snippets of interviews. They were only given out to radio stations for some Frank promo in conjunction with the re-releasing a lot of Zappa albums.

So weird that I have been looking at this image for so long and just thought it was a cool poster of some random photo shoot. Now it is EVEN cooler. 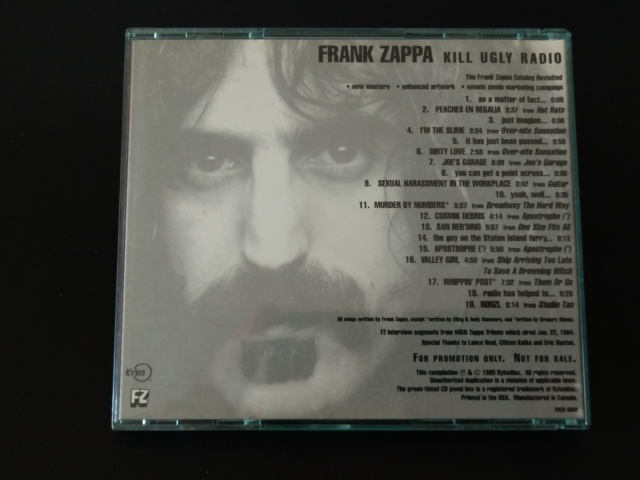 Glad I bought that poster somewhere back in time and have managed to keep it all these years. So cool. 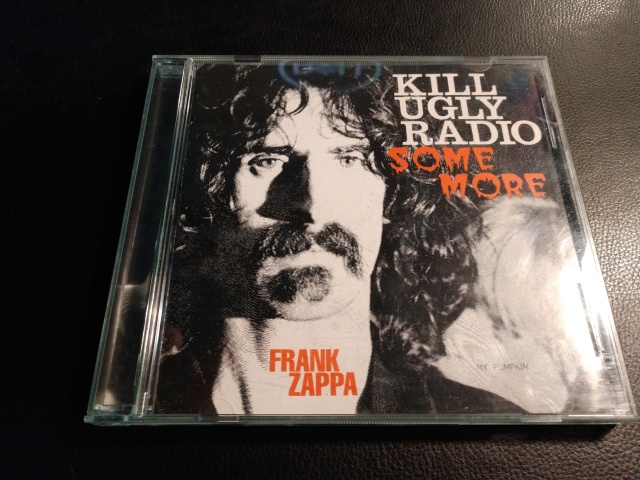 They are all in the original Rykodisc green tinged jewel cases. I saw the third one online for like $100. I got mine from Amazon for under $6.