Far from the first time I have written about interesting thrift store finds, here is another one for you. Since I can’t seem to stop going to thrift stores to BUY the CD’s, I might as well write about what I pick up. Occasionally you do find some interesting stuff. Case in point this find: 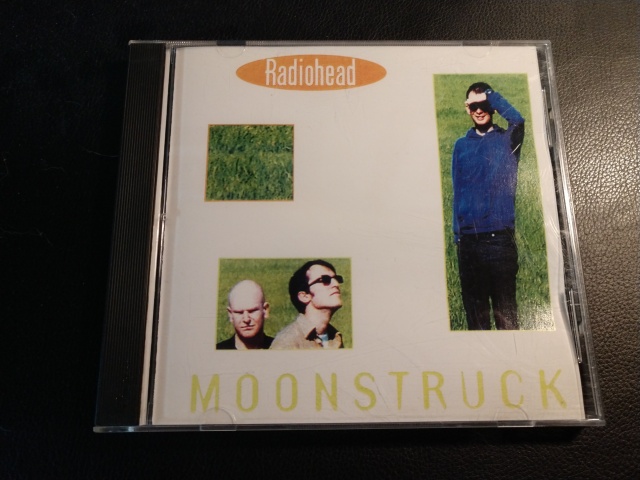 I saw a spine that said Radiohead and pulled this out for a better look. To my surprise, it was clear that it was a bootleg. No barcode on the back… 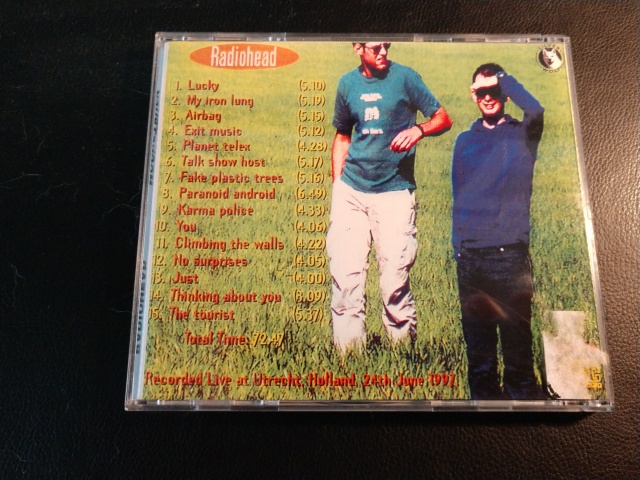 and the CD itself was a CDR as you could see from the blue tint.

Would you pay a buck for a bootleg Radiohead CD? Of course you would! If nothing else I could research the label. It certainly seemed distinct.

First of all let me say that the CD is great quality. It’s of a live show at the Vredenburg, Urecht, NL, June 24th 1997. I dug it and I have been listening to it over and over in my car.

The show is great and I have been really in tune with Radiohead since the release of that mini-disc batch recently:

This is not the first bootleg CD I have found in a thrift store, but this one certainly had what seemed like a clear and traceable icon to research. That smoking pig actually seemed familiar.

When I was much younger, bootlegs were called “imports”. These were typically found in a small section close to the watchful eye of the cashier and had high price tags. I mean, they were “imported” from all over the world, right. They were most often live shows recorded in other countries and packaged for sale in the U.S. as rarities. The quality was sort of a buyer beware situation, especially back in the vinyl days.

This Radiohead bootleg is not a relic of those bygone days when setting up a vinyl run of 200 copies of something was a subversive act. Physical product that was gone when it was gone. This is a CD, a CDR in fact. I could make bootlegs of this bootleg and sell it online and there would be some who would buy it. I personally have very nearly pressed the button on some E-Bay auctions for bootlegs back in the day when I was an addict for Nine Inch Nails releases and wooed by the appeal of some slick looking bootlegs. In the end though, especially since they were CD’s I didn’t bite.

I don’t know, CD bootlegs just lack some of the romance of the whole process. The seedy back alley sales and one of (or very few of) a kind items. They are a little too easy to produce, particularly in this day and age when an internet search could yield similar results in a very short time.

Discogs has at the time of this writing, 2 copies for sale.

and search for Radiohead and set aside an evening to get what they have until you run out of space on your hard drive. All I’m saying is that the sheer physical owning of this “Radiohead – Moonstruck” CD is not in itself a rarity. The world of bootlegs is a bit diluted by the sheer magnitude of availability and quantity of recording these days, different than the world in which bootlegs became a huge thing.

That statement is a great segue to looking closer at the imprint on the CD itself. 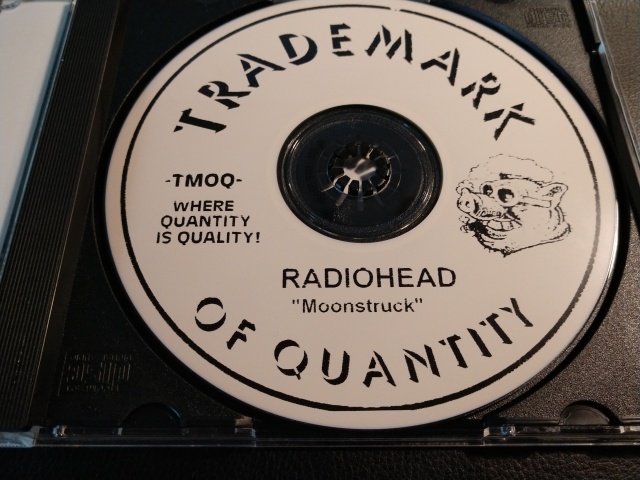 TMOQ. I knew I had seen this before!

“Where Quantity is Quality”

Doesn’t that just say it all?!

I did a bit of digging on the TMOQ marking and found tons of articles that talked about one of the bootleg labels of the past. Check out this if you want to know some about TMOQ:

3. Some Of These Bootleggers & Copulating Blues

So… what do I have here? Is this a latter day imprint of TMOQ, or someone’s homage to the old label? These days, like I said, my son could run a bootleg label out of his bedroom the tech is so easy and readily available.

Don’t do that son.

So, it’s not as cool as holding a vinyl LP bootleg that was produced in the 70’s. I have a Jimi Hendrix bootleg vinyl in the music room that I display on the wall (that is literally unplayable since the grooves are such poor quality) that I love and paid $2 for “as is” that I cherish.

For a buck though, I’ll keep the Radiohead. I’ve listened to it like 10 times now. I think I got my dollars worth.