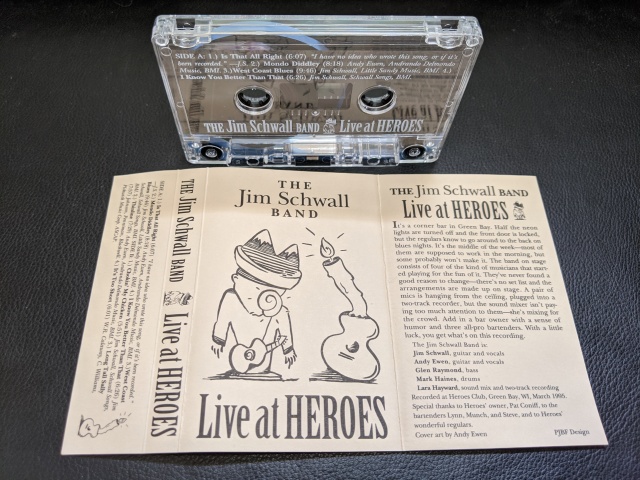 I don’t make a habit of looking through the tapes at Strictly Discs, but I can tell you that I have found some real gems in the oddly placed cassette racks there. The big rack is back in the corner should be your first stop and if you crane your neck in the low part of the ceiling there you can find those gems. I Just picked up “The Rolling Stones – Emotional Rescue” and “Yes – 90125” for 99 cents eachrecently. So go check it out. Tell them The Aural Retentive sent you.

Advertisement for Strictly Discs complete. I can be paid in vinyl (or cassettes). Wink wink.

On this last trip I spotted the name Jim Schwall staring out at me from a cassette spine. It said Jim Schwall and Live At Heroes.

Now I have some familiarity with Jim Schwall. He of course is part of the band The Siegel-Schwall Band.

and I saw him playing live accompaniment to a dance troupe program in Madison for “War Is Love” put on by Dara Paprock. Man, Dalton would have loved that obscure reference. Remind me to tell you about the audio poetry tape I compiled and sold for 1 issue. That is a whole other post.

So… seeing the “Live At Heroes” part I wondered if it was a local bar? I pulled the tape out of the rack and had a look. 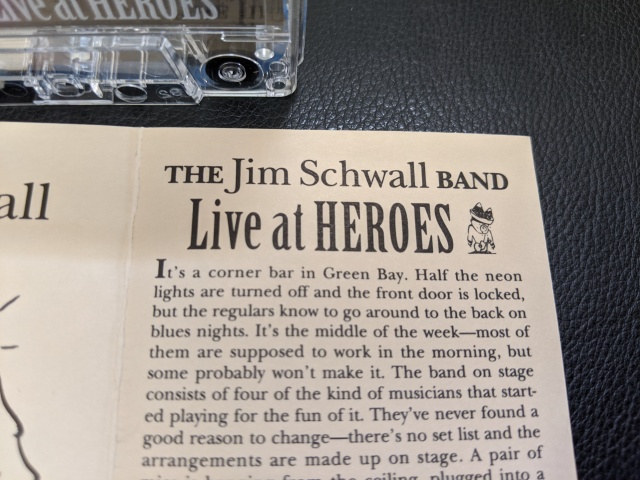 First thing in the j-card… “It’s a corner bar in Green Bay” says it all. So not local to Madison, but local to Wisconsin. Then it hit me as I looked at the artwork. !! 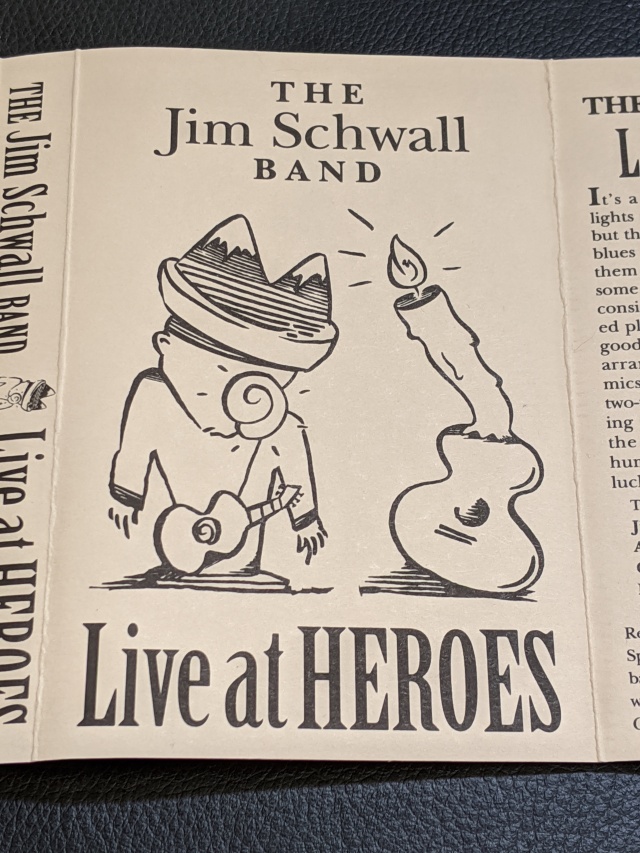 That looks EXACTLY like the artwork Andy Ewen did for the covers of Honor Among Thieves albums!

Check out  my Honor Among Thieves collection (and the artwork) in my YouTube video that I actually just posted prior to this post.

Anyway, I couldn’t figure why Andy was doing art for Jim Schwall… until I saw the band members. Right there… Andy Ewen! Guitar and vocals. 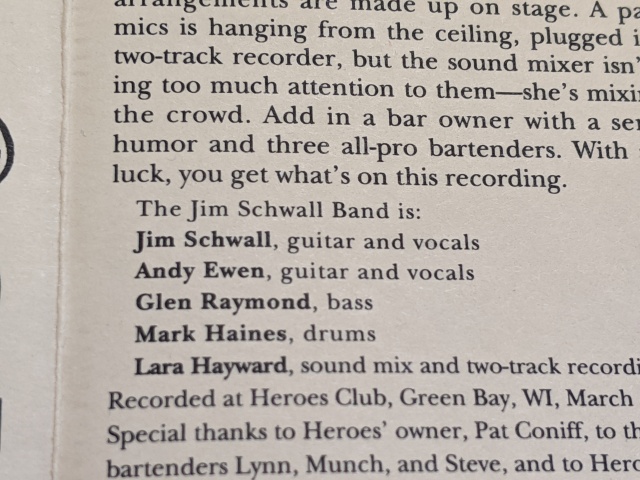 This tape was definitely coming home with me.

I had no idea that Andy and Jim had worked together, but I am glad I pulled this tape out. Recorded in 1995 it’s the kind of band you want to go see playing at your local bar. Fun good time music with some fantastic soloing throughout. Jim and Andy trade off lead vocals. Andy does “ThinLine” which was on Honor Among Thieves “When The World Runs Fast”.

This is a fantastic tape if you can get your hands on it. 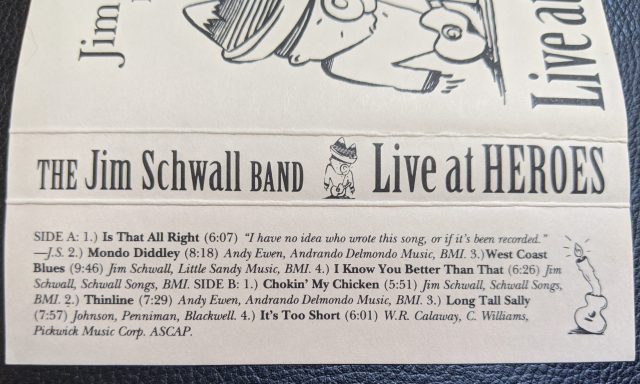 If you can’t find it, here is a YouTube video for you to check it out.

What a great listen!