A few nights ago I went out with Josh from work for a evening that started with an emphasis on gyros. We hit the Athens Gyros in the Shell station. Yeah, I know, gyros from a gas station? They were amazing though. Completely outgunning all other gyros from the Madison area. Mmmm…

Anyhow, after turning away from the Ale Asylum and it’s single pool table we ended up at the bowling alley by East Town. At first I was a bit scared. 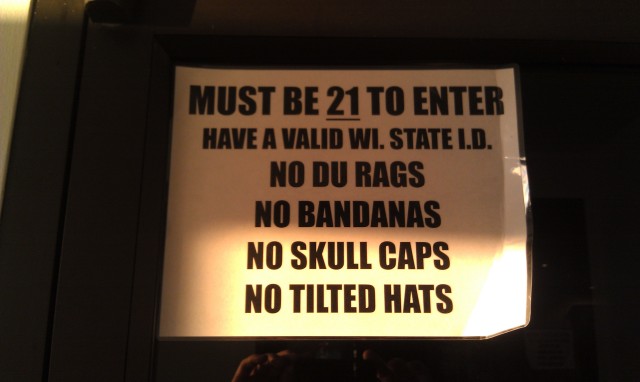 No Tilted Hats?! What is this world coming to?

The place was actually very nice inside, AND they had 2 pool tables. Both open. Perfection.

We played for quite a while before Josh noticed that there was no music playing. It suddenly seemed weird. Like the air was dead. There was a juke box and I ventured over to it to have a look. I remember 45 loaded juke boxes. There were 45’s that were scratched in my high school lunchroom jukebox, but people played those 45’s over and over again. AC/DC fans are hardcore.

Then the CD jukebox came along. They were faster and could hold a ton of songs. The price also went up. No more quarters per track.

The jukebox here was basically a huge I-Pod. You could download tracks to it and  search it by genre, or artist. You could search local favorites and create a playlist. It was amazing. Tracks were 2 for a buck or 5 for 2 bucks and on up. I played “Van Morrison – Brown Eyed Girl” and George Thorogood – One Bourbon, On Scotch and One Beer”. The music transformed the game. 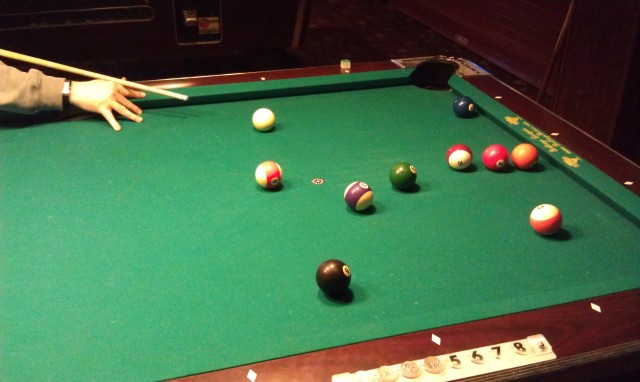 Josh played some tracks and I snapped this as he loaded tracks. 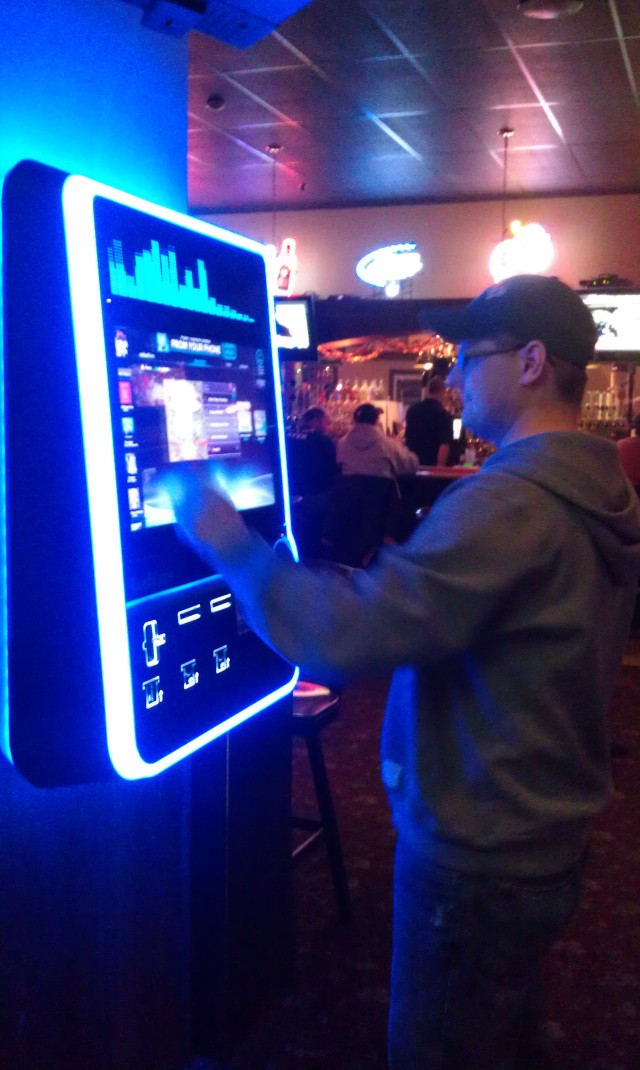 I also played “Boston – More Than A Feeling”, “Muddy Waters – Mannish Boy” and for a surprise, “Eric Church – Smoke A Little Smoke”.

When I went back to play more, I am ashamed to say, I couldn’t figure out how to pick more songs. They were there to pick but the play button wasn’t there. It was like I needed my kids to explain how to work the new fangled equipment. In the end I had to walk away. The started broadcasting the game over the soundsystem shortly afterwards, so maybe they had shut it down on us.

That is the story I am sticking to.