A few weeks ago Dalton came over for a chess marathon. As well as being music junkies we are also chess nerds. The full package.

I was telling him about my recent vinyl purchases and after a while we decided to move the tournament to the basement to check out some records. After a quick trip to his house to retrieve 4 of his records (“Rush – Rush” and “ Led Zeppelin – II” and “Def Leppard – High and Dry”… I can’t remember the 4th, ugh I am old) we headed downstairs.

I switched out the Vibe record player for the Ion record player. This one has it’s own power supply, but for some reason my LP button STILL did not work right with it. It gave that humming noise too, like the Vibe record player had. So I set this one up on the TV plugs too. Once I had it set up I pulled out my “Linda Ronstadt – Simple Dreams” album that I had gotten and played on the Vibe and was full of skips. Poor Linda. I pulled that same LP and put it on the platter.

Poor Dalton had to listen to the entire “Blue Bayou” as I listened for skips. NONE !   WOO HOO ! This Ion record player was awesome. 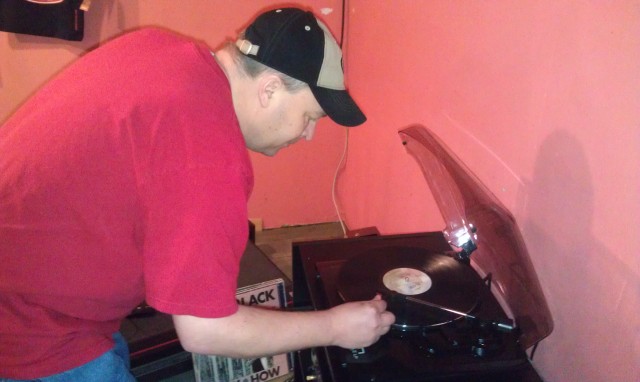 This was the very album that was hot when I was in high school and was generally pumping constantly from the juke box in the cafeteria. Also the whole array of record player sounds and static and grove hum were amazing. It was a record nostalgia party. The space is not exactly man cave, but it worked. 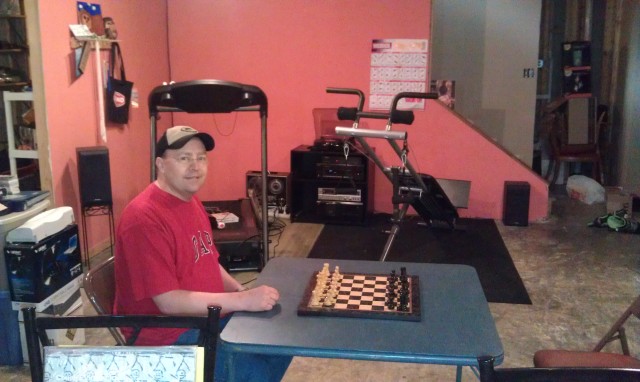 Then, on another whim, I went to the corner of the basement and retrieved one of the speakers from the Ann Arbor J. C. Penney’s stereo that were waiting silently there for me. I was hopeful, but as I moved it I head something inside loose and sliding around. Not a good sign. I set it down and put the black speaker on top. Quite literally the old speaker is double the size of the black one. My fear was that they wouldn’t work at all, or the speaker cone, dry and brittle from age would crack and blow the moment sound started cycling them in and out. I crossed my fingers and swapped the wires to it and turned up the volume.   It totally worked! The sound was great in fact. Another success for the day!

We went back to chess and played some of each of Dalton’s records. 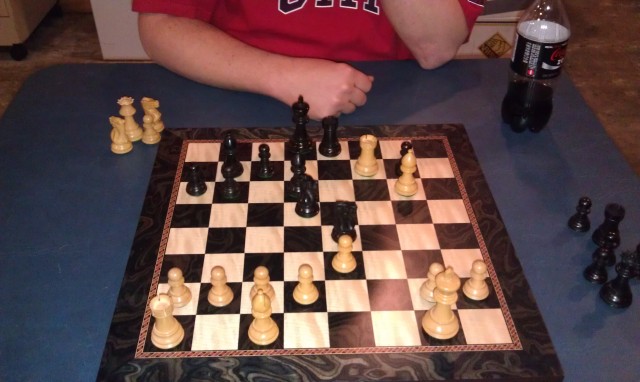 “Working Man” from “Rush – Rush” came on and we both went nuts. That song is so good. I commented on Neil’s drumming and Dalton informed me that the drummer on “Rush – Rush” was not Neil Peart. I was skeptical, but he showed me the album. Huh. He was 100% right.

I fault 2 things for my mistake. 1) I never owned the actual album of this record. I had “Rush – Chronicles” which was a collection of the first 3 Rush albums. I never got to hold and absorb the info from the album cover and notes. And 2) There are no notes in the digital files I have of most of my Rush albums.

This began an entire conversation about records vs files and the whole mindset of going to the record store and spending your hard earned (or borrowed from mom) money. When you could only get one album with your meager dollars you scoured the record store from top to bottom for the album that you were feeling at the time and would justify your funds with glorious music that could possibly change you forever. Now the selection of records comes to you on your phone, Amazon online, and friends.

and were comparing, like baseball cards, got it got it got it need it got it, our music files. This is the quantity over quality scenario. When you can get 100 albums in a couple minutes you aren’t as invested in the material. We both agreed on that one.

The next day, while I cleaned in the basement, I played the “Wings – Wings Over America” I had purchased from Half-Price Books. This was a 3 record set I paid $3.99 for. 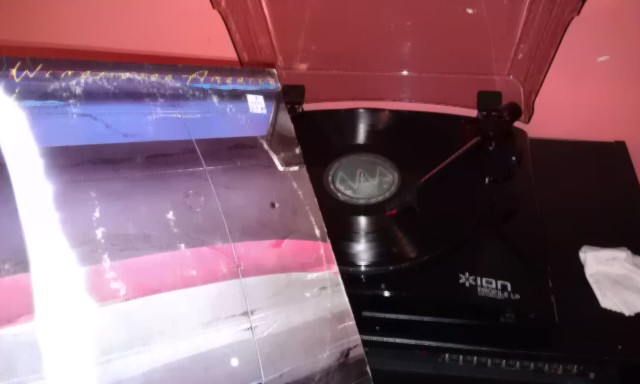 I have only owned 3 records in my day that have been more than double albums. “Yes – Yessongs”, The Clash – Sandinista” and “Wings – Wings Over America”. The record was pretty scratchy looking, but I was pleasantly surprised to hear only 2 skips over all 6 sides of the album. Not bad for under 5 bucks. It was awesome to work in the basement and listen to this album. I remember buying it new in the record store back in the day and hoping that my big dollar investment for a triple album was going to be worth it. I was high on Paul McCartney and Wings coming off the Mejier’s copy of “Wings – Greatest” and though I knew some of the songs on this album, most I did not. I had picked it up several times before in the record store and then put it back in favor of something else every time. This was me not being 100% invested. Eventually I did purchase it and loved it. I took it to my dad’s when I spent the summer. It always reminds me of his apartment with the patio door open and a cool breeze coming in.

The record player area is a hit.

My stereo rack leaves a lot to be desired, I had to set the reel-to-reel on the floor since the new Ion record player is so much bigger than the Vibe unit. If I continue to use it down there I may have to build something better to hold it all.