Over the weekend as I made several trips down to the basement and passed the stereo I saw that it was blinking something on the receiver. I didn’t pay much attention.

Last night… I investigated. The LED panel was flashing PROTECTOR. 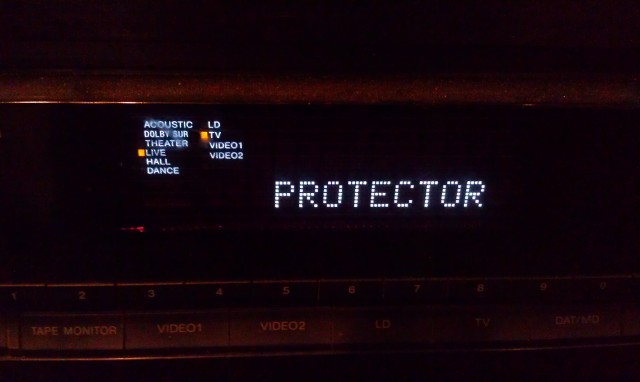 I turned it off and then back on. It came back on normal again. Whew… uh oh, it changed back to PROTECTOR. I tried several more times. No go. I couldn’t change anything on it after it changed over to PROTECTOR! Once I powered it up I had like 5 seconds to change the function, but even when I got it changed to TV (which is what I use to play records) there was no volume. I touched the needle and there was nothing. Ugh.

I took a picture of the model number 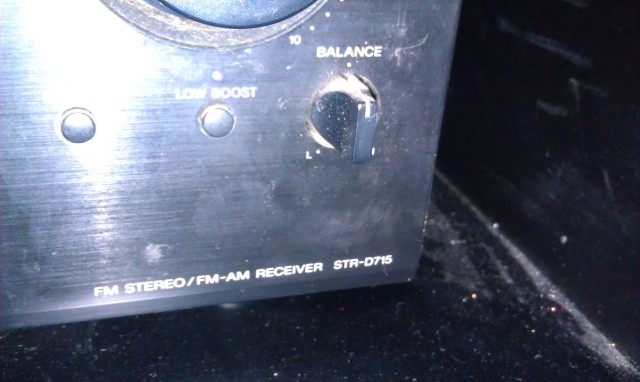 and went to Google. There I discovered it could be one of 2 things. 1) a speaker wire issue or 2) instant death for your Sony receiver.

The issue resolution instructions were to unplug the speakers and turn off the receiver. Then turn it back on and add the speaker wires one at a time to see if a particular one was causing the message. No dice. The message was there before I even added on wire. This indicated that the circuitry was shutting the receiver down over something internal. Not good.

In hindsight, I did have the stereo hooked up to the switch that turned everything on when you hit the light switch, that over the Thanksgiving break was flipped a lot.

Ah well… it served me well and was probably approaching 15 years old.

The last time I bought a new receiver, the Sony, I paid over 200 bucks. That will not be happening this time. My plan is to hit Goodwill and St. Vinny’s in the next couple weeks. However, if nothing turns up there… check this out.

I browsed this site for a while last night. Pretty cool stuff for cheap. Of course, shipping is a killer, but even so, the price of the item is so low that in the end it is still cheap. They had a couple reel-to-reels too. I know, I don’t need that, I need a receiver.

This will likely be the last picture of the Sony.