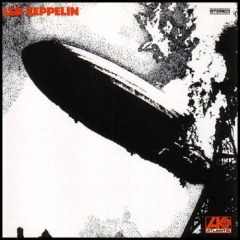 This cover is so simple, yet so iconic. Nicely using the angle of the zeppelin to connect the Led Zeppelin name with the record label logo. Memorable. Unforgettable. Cover art is a huge part of albums that seems less important now with everything so much smaller. Nothing against CD’s, but they fall short of the “suitable for framing” stature by default. The record album cover is just so tactile and sized right.

Yes is a PERFECT example of this power of the cover art in my case. I have almost purchased several Yes albums recently basically only for the art itself. I mean, the art on their albums in fantastic. 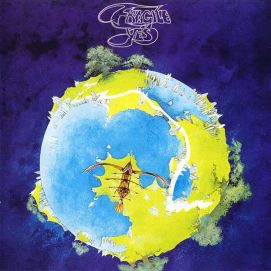 Roger Dean is awesome, the artist that created these. Ironically, the 2 Yes albums that I actually have purchased were “Yes – Tormato” and “Yes – 90125”, easily the worst covers of the bands entire catalog. Ah well.

Then there was another that I almost bought and put back, again, I only grabbed it because of the artwork. 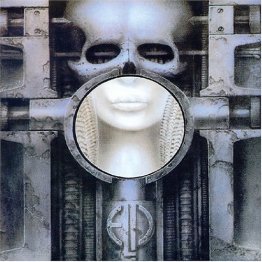 I liked this album, but in all honesty, I’m not into it anymore and if I bought it, it would only be for the art.

There are tons of sites that you can find that catalog awesome album art with pictures not only of the covers but the inside pictures and the backs as well. Cool stuff. If my work allowed screen savers I would use a folder of pictures like this. Alas, we are on lockdown.

So, my alternate dream job (nomadic van driving record reviewer being the first), a natural extension from my tape making days, would be to be a designer for album covers for LP’s. Lots of room to create in and let my creative side out if it’s cage. I think in this day and age there are so many tools out there to help you make your vision a marketing reality. I would love that.

I created this tape years ago for my imaginary band (Animosity Killed The Cat) and their first release.

A quick Google search netted 2 bands that have a SONG called Animosity Killed The Cat, but no one with that band name. Patent Pending.

The picture was a postcard from a free advertising rack in San Francisco and I added the lettering for the eponymous Animosity Killed The Cat. I’m not sure why I keep this, but every time I go to toss it, I end up tossing back into storage.

I think designing albums covers would be awesome. I do realize however that there is probably not a single person alive that makes their money from album cover design alone.