I don’t get to the East Side very often, and since we were over there I thought I would take a peek at the East Side Half Price Books. I walked out with a small pile of classics for $10.

I didn’t really known any songs on this one except for the “The Pretender”, but I really liked the “Running On Empty” album I bought so I thought I would give it a chance. I also got…

This one I knew 2 songs from that I love. “That Girl Could Sing” and “Boulevard”. I guess I am getting into Jackson Browne. He has a nice laid back sound that probably was not what my high school hard rocker mind-set was ready to accept when Jackson Browne was happening. I played the 2 cuts I mentioned above… no scratches and they sounded AWESOME. 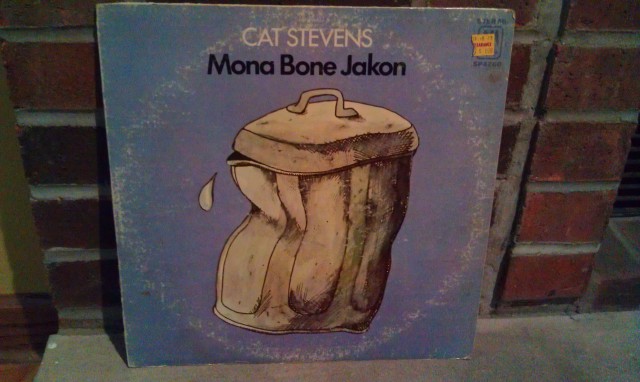 I was 8 years old when this album came out. I liked what I heard of Cat Stevens on the radio, but it wasn’t until a certain event in my life that I really tuned in to him. Jeff had told me when we were in Junior High about a movie called “Harold And Maude” and the crazy faked suicides that Harold tried and I remember thinking I should see that one some day. One fateful day many years later “Harold And Maude” was playing at one of the small theaters on the UW Milwaukee campus and I went to see it. If you haven’t seen it, go get it. It is old and a comically dated, but the music is GREAT. The song “Trouble” by Cat Stevens totally blew my mind. This album has that song. Thank you Yusuf Islam.

This one came out several years after “Love Stinks” and the songs “Freeze Frame” and “Centerfold” were huge hits with the jukebox folks in the high school lunchroom. After this album, which was in heavy rotation with “Love Stinks” I started going backwards in time getting all the old J. Geils band records I could find. That was how I came across “Live Full House”. This album is totally 80’s.

I had discussed with Cindy how back in the day I thought The Eagles were too country sounding for my taste but that I never really seemed to dismiss an Eagles song on the radio lately. I knew from the last time that I was at the East Side Half Price Books that they had like every Eagles album in doubles and triples. This is really the reason I stopped in. I found this one and was happy. I would give Their Greatest Hits 1971-1975″ a try and test my new found acceptance of The Eagles. It has not disappointed, though I was a bit surprised that “Hotel California” is not on it. I guess I should have checked the timeline. Nonetheless, it is a solid album.

I had come across this album many times in several different record stores and passed on it because I thought it was one of the many compilations and collections that exist for Neil. I don’t know if my folks ever had this one, but after a quick glance at the track list I thought I had all of these. Neil Diamond is tricky. If you have most of his albums, live included and a handful of compilations you will hear many songs repeated. Some of his albums from the early Bang records years have been re-released with different covers and different tracks. Last time I wrote about my other Neil purchases I noticed in his discography that this as a regular release from 1972. It came out between “Tap Root Manuscript” and “Stones”.  There are some songs on here that aren’t my favorite “Gitchy Goomy” and “Porcupine Pie”, but “Walk On Water” is perhaps my favorite of all time. There are potentially only 2 more Neil albums I have left to get to complete my collection. “Velvet Gloves And Spit” and “Touching You, Touching Me”. Both of which I have seen around but passed off as compilations. Sorry Neil.

I have never owned any Foghat, but you can’t go wrong with a live album. This one has all three of the songs I know and love by Foghat. “Fool For The City”, “Slow Ride” and “I Just Want To Make Love To You”. How could it not be good?! The letters L I V E are cut out so you can see the sleeve pictures through it. Most of the copies of this I have seen have the E all mashed up. This one is in nice shape. I couldn’t pass it up.

I know… but it really is good. I had this and rocked out to it during an Ann Arbor days phase I like to call the Siren era. I was listening to Linda Ronstadt and Debby Harry and Pat Benatar almost exclusively. The ladies were talking to me. This album is classic. No one rocks a leotard like Pat Benatar. Even the non-radio songs on this album are good. My only complaint (and those who know about my penchat for liner notes will understand) this was one of the first albums I got that had the horrible plastic (go 80’s) record sleeve.

Not only were there no liner notes of any kind, those stupid plastic sleeves were horrible to work with. They always got mashed up in the bottom of the cover. It was almost always a 2 hand operation to get the record back in. No slipping the record into the sleeve leaned up against the album cover that leaned up against your pile of records leaning up against the stereo. Ugh. Booo Chrysalis. 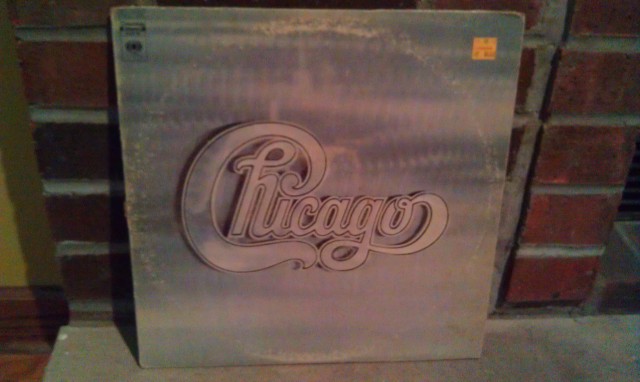 This is Chicago’s second album, despite the eponymous title. Pretty ballsy to release a double album on your second go round, but that is what they did. Now, when my mom and I lived in South Bend in the second floor apartment, we had a all-in-one stereo. There was an 8-track player and mom had a handlful of Chicago 8-tracks. Sort of the middle years. I was impressed with the music and thought quite a lot of it was good. By the time I hit High School though Chicago was making music that I could pass on with no qualms. I probably never would have given Chicago another chance had it not been for their first album. I saw it at the library in Roselle and noticed that on side 2 of their first album was the song “I’m A Man” and it blew my mind. They were covering Muddy Waters?! I was just starting my blues phase and I didn’t know that the song I was thinking of was really called “Mannish Boy” not “I’m A Man”. I checked the album out anyway and though the song wasn’t what I thought it was going to be, it was great! The whole album was good. I thought I would give this one a chance.

Besides, it’s a double! For a buck. 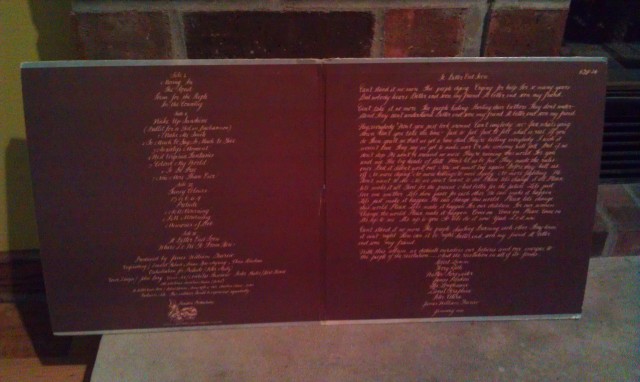 This next one I pulled out, looked at, laughed at, then went to put back. I mean, look at this cover. Was the room tilting to the left? I don’t know what made me pull it back out and look at the back, but I did. Then I had to buy it.

On the back I noticed the name Jim Liban. 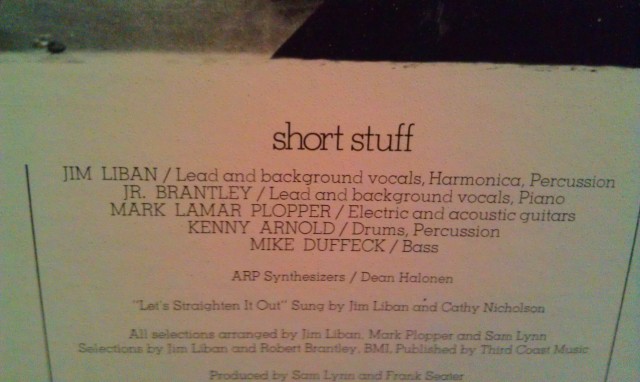 It took me a second, but I remembered Jim Liban’s name advertised for Madison area shows and I thought he was blues. Hmmm… maybe this was worth checking out. Then it hit me. Was he the one who wrote the back cover notes for the “Paul Back And The Flip Kings – How How” album!? It turns out no, he wasn’t. That was Ben Sidran. That notion though was enough to get me to buy it.

and released by Third Coast Records that has a National Avenue address in Milwaukee.

All that history and such aside… was the album any good?     Yes! It is!

It’s funky and bluesy. Good stuff. The first track “If Bad Luck Were Money” blew me away. Jim blows a mean harp! The rest of the album was very good. I had a feeling that this would be good. I mean I have never seen Jim Liban, but I knew I knew his name and that he has been in Madison before.  I am going to have to watch for his name around town and try and catch him if he comes to Madison. I can’t believe that I came across this album. Right place at the right time I guess. Glad I found this one!

Check out Jim Liban on YouTube. You can even find some of his Short Stuff videos posted by his son.

Thank you East Side!