We were finishing up on our “frame” project for the wedding and made one more round of the thrift stores. Our last stop (ironically) was the St. Vincent DePaul store on Park Street. This one is a “Dig and Save” shop. Clothes and household items are sold by the pound. There are bins and bins of clothes. You just dig through them. Weird set up but the place was busy.

Beyond the clothes bins was the stuff. We hit the frames and then I wandered off.

I found the vinyl.

There was a metal shelving unit with piles and boxes of LP’s and a big pile of 45’s. The LP’s were a bust and I was frankly shocked at the small amount. Almost as an afterthought I dug into the pile of 45’s. I’m really not into 45’s at all, though I did buy a Paul Simon 45 recently, but more to have that format. I found nothing of interest in the upper half of a big box and decided to quit digging. Then something yellow caught my eye. At first glance it looked like a Fisher Price record. You know, those thick circles that play on toy record players. When I got it out from under the stuff on it though… I could see it was legit.

“KA-POW!  KA-POW! KA-POW!” on the flip side. I have never seen anything like it before. A 45 size 78. Crazy. Of course I thought I had found something rare, but apparently there was a big market for these kid records decades ago. I found this cool blog about these and many more kid records. Check it out.

Then, to continue the theme of odd sizes and speeds I found this.

Not being a big banjo fan, it was clearly the DO NOT GIVE AWAY note written on it that got my attention. Someone didn’t listen. When I investigated this record I was in for another surprise.

Now these I have heard of before, we used to call them EP’s, however I have never really owned one. I had to have this for the collection. Sorry John Greening, you may remain un-listened to however, since I do NOT love a banjo.

Last but not least I found this gem. “Kiss – Detroit Rock City” bw 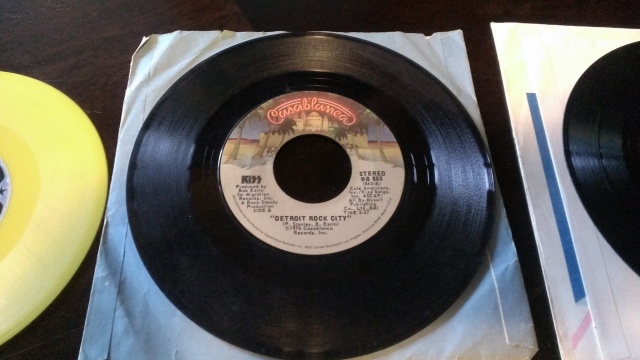 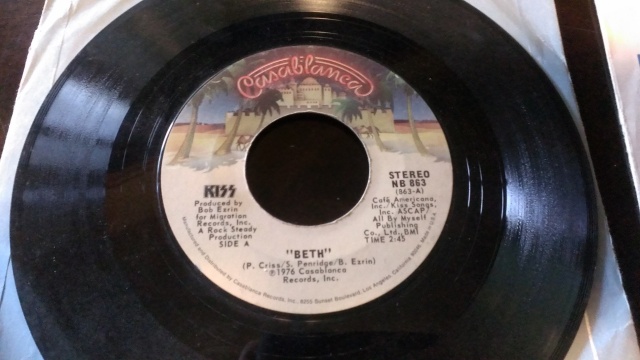 I think that probably concludes my format purchases. Classic. Of course, still if I find a Pink Floyd 45, I will be forced to by that.

As I turned to go back and find Cindy I found the ACTUAL record section. I had totally missed it. There was a pretty large section, however, it was mostly not my style. I did manage to find 2 nice selections. 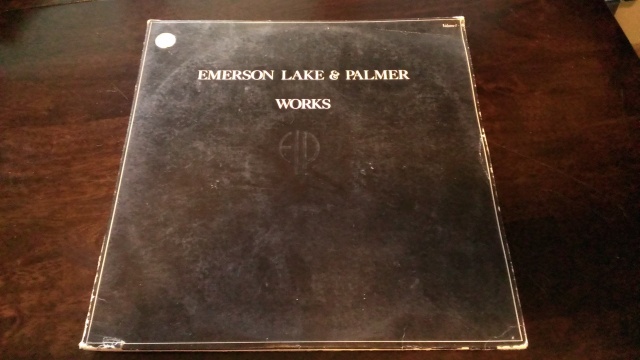 This album is divided into 4 sides, one for each to do solo work, and one side were they play together. 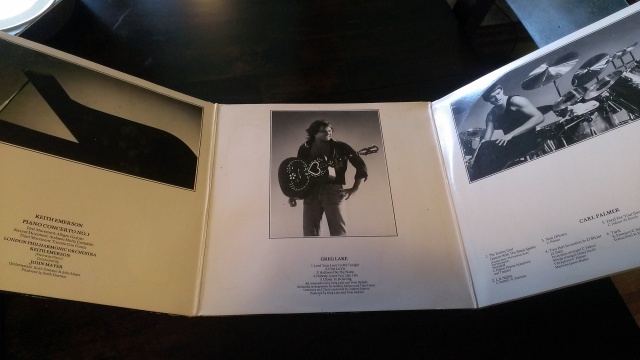 On that 4th side there is a song called “Pirates”. Jeff put that on a tape he sent me back in the day. It’s a sprawling 13 minute opus. Awesome. For that song alone I bought this. It also has Greg Lake doing “C’est La Vie”. A gorgeous song. I come across several ELP albums in the discount bins… I may have to pick up some.

I distinctly remember working in the aisles at “East Side Foods” in Milwaukee and hearing this on the store radio one night. I stopped in the aisle and stood and listened to the song and the sound of my mind being blown. It was amazing. I didn’t know anyone who had any Allman Brothers however so I never investigated, but I have heard “Whipping Post” on the radio many times since. I doubt I could go wrong with this. Now, I think that the version I heard was on another album, but I bet all the versions are good.

Plus, it has liner notes! Nice.

It was a two-fer!

We got frames and these records all for about 7 bucks.