Cindy and I went to the St. Vincent DePaul’s Dig and Save on Park Street a few months ago

to buy some frames for the wedding. I found a couple interesting records there and had always wanted to go back and take a closer look.

I went on a Wednesday at 10 am. The place was packed.

Up front are all the bins of clothes that are being picked through. Clothes and other items are sold by the pound. You can get stuff there ridiculously cheap. I made my way past the clothes bins to the back part of the store were there is a smattering of stereo and VCR’s and the records. On this day, there was a noise that I think I can definitely describe as a din. Perhaps the only time I have ever used that word in a sentence. There were 15 people surrounding a huge wooden bin filled with pots and pans and they were digging through it, dropping rejected items back in and tossing some into their carts. The noise that was created from this, the ENTIRE time I was there, I can only aptly describe as a din. It was incredible and annoying and it was almost as if it were a candid camera scene to see how long someone could stand a comically annoying noise. I tuned it out as best I could and made my way to the stereo stuff.

If you EVER decide you want a 5 CD changer, visit any thrift store. There are at least 5 at every place I go to. The Dig and Save had about 15 that day. There was a pair of gentlemen plugging in and trying them out and trading stories of how poorly they sold at their resale shops, but that at the cheap price they paid for them here on their thrice weekly trips, they just couldn’t resist. They were clearly men on a mission. There were some tape decks, but nothing I couldn’t live without, even at likely under 10 bucks by weight.

The 45’s area had been picked over and there were only a few and shards of many others. There were abundant batches of 78’s and classical albums, but nothing awesome this time.

A few feet away was a table and rack of LP’s and I started digging in.

I found 2 for Cindy. She likes B. J. Thomas. I picked her up

“B. J. Thomas – Raindrops Keep Falling On My Head” 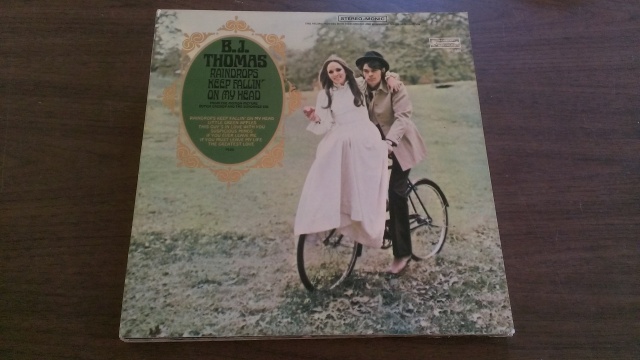 I think my folks had this one. I was no stranger to B. J. Thomas when I was growing up. Jim Croce too, but that’s another story.

For myself I picked up

I know, your like… what?! Well, I actually got it so I could frame the back of that album for the man cave. Behold.

Yeah. Reel to Reel tape and 8-Track and that Maxell C-90 on the far right was the holy grail of tapes when I was they were built solid and had great sound and were way more expensive that the TDK that I used to use. At any rate, an awesome picture. Sort of the full spectrum of recording media of the time.

I ran across a lot of albums by local groups, like high school bands, community choirs and even one by The Wisconsin Singers

a group we saw live once at Brat Fest of all places. I felt sad for them ending up here, and pulled several out to buy, but ended up putting them back. I’ve been known to buy a record for purely local reasons, but I realized I probably would never listen to the Mount Horeb’s High School Choir Winter Concert from 30 years ago… so I put it back and all the others too. If you are looking for such gems though, you will find them here. There were probably about 20 items similar.

I found one that I had to buy for Josh. He’ll probably never play it, but he is the only one I know that might appreciate it.

“The Circle B Cowboys – A Cowboy has To Sing” 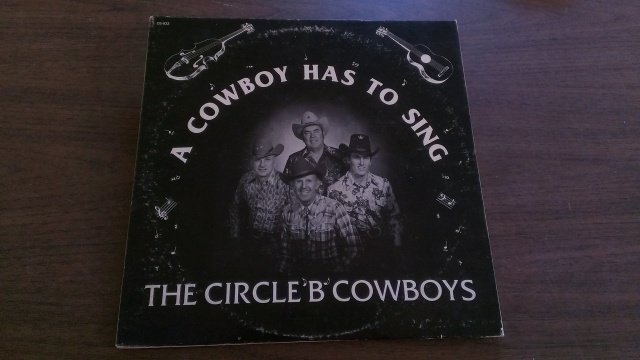 Some albums, you just have to pull out and look at. This is one. Lo and behold, it is signed by the entire group on the back around the musical triangle in the middle. 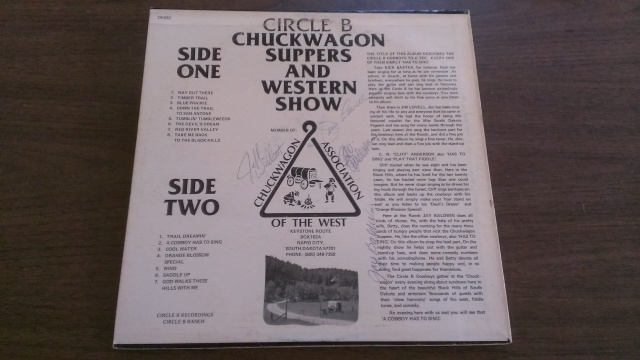 You can find this on Amazon, also signed. No review. Josh, you could be the first to give it an Amazon review if you are so inclined. Enjoy.

Lastly, another I pulled just to look at it, and ended up buying.

“Wing And A Prayer Fife And Drum Core – Babyface”

Those of you that know this band, please hold you comments.

So, straightaway, I will tell you that I couldn’t resist this one for the sheer fact that it will make an incredible sleeveface. I did a poorly lit test of it once home.

The other reason I got it after looking at it closer was that I was intrigued by the whole fife and drum aspect. I thought it would be at the very least interesting. One of the tracks is “Eleanor Rigby” by The Beatles. I had to check it out. The joke was on me though. 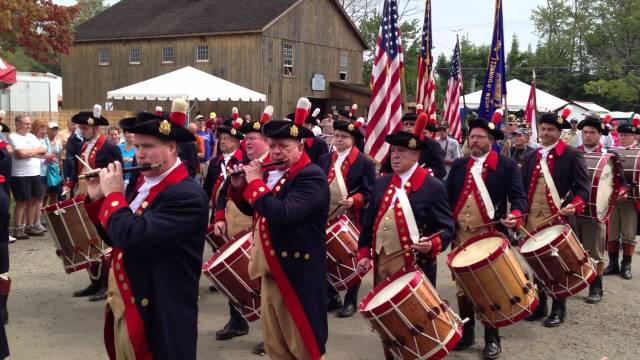 A charming fife and drum band, which you can watch at http://www.youtube.com/watch?v=pPkT1bZw3Ic

but what I got was this:

That’s right people the “Wing And A Prayer Fife And Drum Corps” is actually a straight up disco band from 1976 with not a single fife in the band. They had a small hit with the song “Babyface” and then promptly never released another album ever. I couldn’t even finish listening to a single track, even “Babyface”. Sheesh. You would HAVE to be drunk with a mirror ball blinding you and no way off the dance floor because the dancing mob is too thick to leave to be able to make it all the way through one of these songs. Had I not paid only like 50 cents for it I would feel robbed. As it is though, I am so taken with the cover, I will keep it.

Sigh… neither of the computer games worked.

Probably my last trip there, I gave it a second chance, but Half Price Book’s still is my go to for vinyl.

Of course if you want pots and pans too, you’re out of luck.