This year, for my 49th birthday, my mother bestowed upon me a Half Price Books gift card which I carried in my wallet basically on fire for almost a week before descending on the West Side store on a Friday evening after work. I had $50 bucks to spend.

I spent almost 2 hours there, sifting and growing my pile of keepers, first dispatching the discount section, then hitting the upper racks. I left with a haul. Some exceptional finds I must say.

Since I found The Cult 12″ single I have been giving sleeves like this one a closer look. I saw DJ Rectangle and recognized the name from my turntablism / DJ Shadow phase. It was originally marked $10.99 but ended up here in the Discount section for a buck. There was also another one.

“DJ Rectangle – The Ultimate Battle Weapon (Volume Three)”      Yes, that is the same name I realize, but that is what it says, and there are different tracks. Hmmm…..

The second one, in white was marked at $6.99 originally. They are both cool in and of themselves, but wait… it gets better. 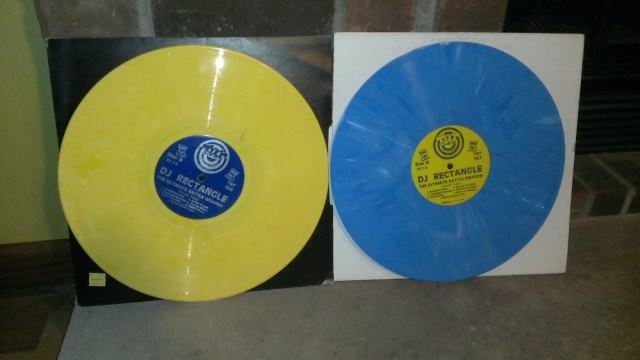 This is exactly what it says it is. Tracks for use in DJ battles. They are vocal samples and beats and noises and all kinds of stuff you could throw in during a turntable battle. The + Eternal Moog Tone is several minutes of beeeeeeeeeeeeeeepppppppppppp. Literally, beep. One unaltered tone for like 2 or 3 minutes. It was agonizing.

I had a DJ Rectangle mix tape CD that I think I got from Kris B. from Erdman. It was more mix than it was turntable edits, but I liked it anyway. To find these was a good start. These are destined for the wall in the man cave/man corner.

I listened to this one. Awesome. Very loose and raw. Bluesy for sure. During one track, someone coughs. Interesting that they left that in. Makes it seem even more like it has an “as laid down” feel to it. I only picked up this one and “West 953” because I had seen Schwall playing here in Madison in the last few years, well worth it. I recommend this one. 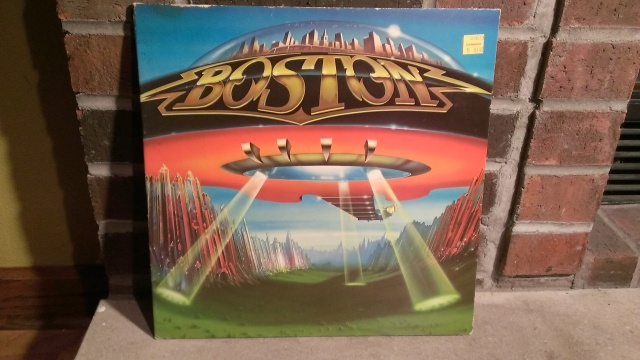 I love this one, my favorite Boston song “Party” is on it. This one and the first Boston album were on a 120 minute tape Jeff sent me way back in the day. For a long time I didn’t realize it was 2 albums and not just one giant great one. Now I have both the first 2. The only 2 you need.

Love the cover too! 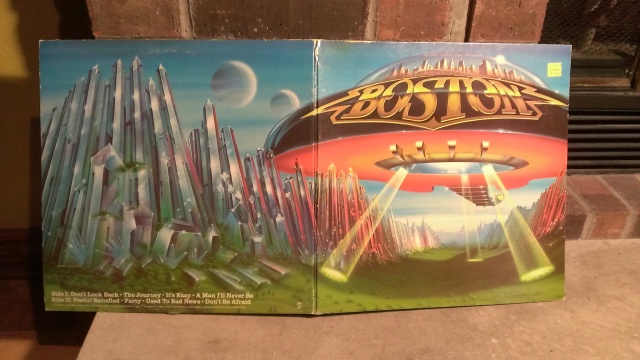 “Sting – The Dream Of The Blue Turtles” 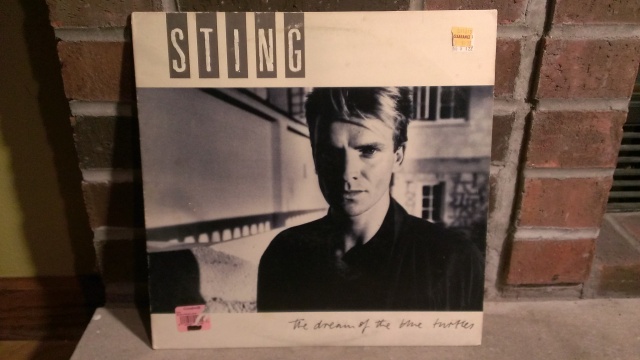 I went through a phase where I considered Sting the Yoko of The Police. I was burned out on “Synchronicity”. The world may consider that one their best, but I got tired of it fast. Then all of a sudden it seemed, they were broken up. I bought this on cassette reluctantly after I couldn’t deny that I liked the song “Fortress Around Your Heart”. It turns out that the rest of the album is good too. Damn you Sting.

When I watched the documentary “Bring On The Night” that basically documented the recording and sessions of the making of the album and early solo touring, I had to admit once again that I liked it. It was jazzy and funky and really really good and just like my Prince moment when I discovered that there is a musician behind the façade, I forgave Sting for his role in disbanding The Police.

Which led me to buy

which I might add was a double album, still for only a buck. I’ve never heard this one, but I do know a few songs. Should be good.

“Jethro Tull – Songs From The Wood”

Oh man, this one is a classic. I got my copy of this originally from the Meijer Superstore cutout bins shortly after I picked up the live “Bursting Out” album. There was no turning back for me. I was into Tull big time. EVERY song on this album is engrained in me. Even “Ring Out, Solstice Bells” which is nothing even close to what I was listening to in those days was bouncing in my head for weeks after bringing this home. I made it my purpose in life to get each and every Tull album that existed after that. I eventually did have them all.

(Including this one twice. Yeah, while I was putting it away amongst the records I realized I already had it. Ah, well. I’ll play both and keep the cleanest.)

I was shocked to find this in the discount bin. This is UB40! I was introduced to UB40 when I rented the room on Summit Avenue. UB40 and Steel Pulse were always wafting out of Tom’s room upstairs. This and the album “Rat In The Kitchen” are my favorites. Of course if you ask me my most intense memory of UB40 is of “Labour Of Love” but more on that later. This was a great find.

I have never really heard this one, but I know a few songs and I thought I’d take a chance. It does have “Landslide” that I love. Mainly by The Smashing Pumpkins, but this one will probably do.

“Tears For Fears – Tales From The Big Chair”

This is pure 80’s dorm fodder and it was hot hot hot during the days when I couldn’t stand stuff like this. Over the years though, I came to enjoy it and for a buck… wonder what these guys are doing now.

I know, but this is the only one I don’t have before she went country or soundtrack. I had to. Please forgive me world.

I seem to remember Jeff having this one, or maybe he listened to it on a tape. This has some great great songs like, “You May Be Right” and “Don’t Ask Me Why” and “It’s Still Rock And Roll To Me”, but the rest of the songs are not on par with anything on “52 Street” or “The Stranger”… and in the end I only ever really listened to side 1.

I never bought this one. I had moved on from Billy, but I think Cindy likes some of this, so I brought it home.

The rest of the albums I purchased this trip were more than a buck. Un-discounted you might say.