These albums were more than a buck, but I couldn’t leave without them.

“Cat Stevens – Tea For The Tillerman” 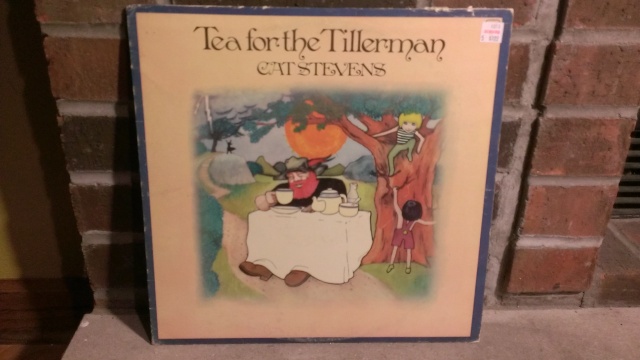 This one was 2 bucks, but is the one I have been looking for each time I find a Cat Stevens. This one has all the great songs and I bought the one with the cover seam falling apart for a buck less. The album looked clean. I think I have most Cat Stevens now. We like him on Sunday mornings in the cozy corner. 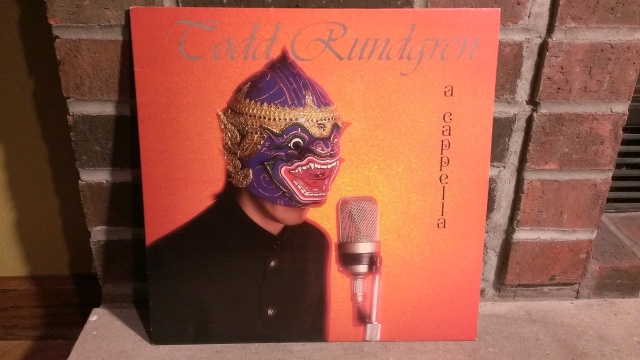 This one was $3.99 and I have listened to it several times already since buying it. SO worth it. Jeff turned me on to this one when he visited one year when I lived in the first townhouse. All the instrumentation on this album is done by voice. It was a very early attempt to do what you can do easily today, but was quite an engineering feat back then. That was Todd’s specialty.

From the Wiki:  A Cappella is a 1985 album by Todd Rundgren. The album is one of Rundgren’s most unusual in that every sound is the product of the artist’s voice. Rundgren employed overdubbing techniques and an E-mu Emulator (an early sampler), electronically manipulating the sound of his voice in order to mimic conventional rock instruments, handclaps, and other sounds.[4] This unique approach to music making was later explored by artists such as Mike Patton and Björk.

It is a great album, and if you didn’t know it was all voice, you would never believe it. He pulls it off and this is a favorite album of mine. It has up-tempo and slow and goofy and serious. I highly recommend this one. 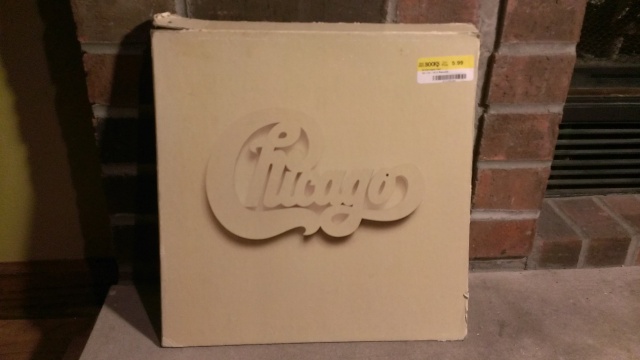 This is a 4 album box set, that is falling apart, but at $5.99 I had to add it to my Chicago collection. I have seen a slimmer version of this but this one included the booklet. Score. 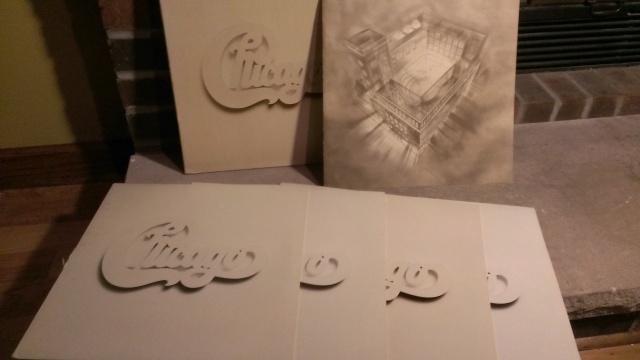 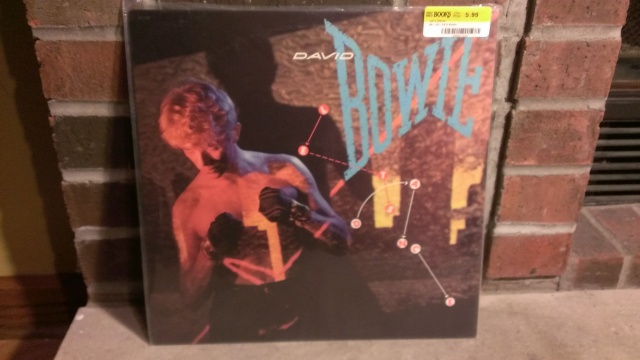 I had this in the past, and I liked it, but after my Stevie Ray Vaughn phase, when I discovered he played guitar on this album, it brought a gleam to my eye to play it. I tried to hear his chops in it, but this was nothing like he played when he was on his own. Still. Bowie and Stevie. You can do no wrong. 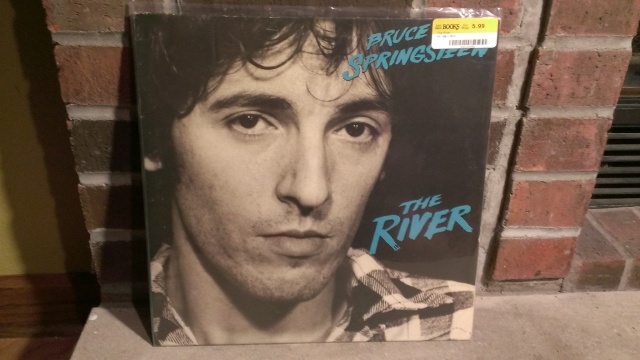 They had 5 copies of this the day I was there. Not sure if that was a good omen or not. As I collect more and more Bruce this is indispensable. I wonder if it is better that I am coming to get to know Bruce more deeply now that I am older? This music would never have cut it during my metal days, or when I was into horrible pop stuff. I think I can appreciate if better now passed the Bruce hype and radio pollution of the repeated into oblivion top hits of his middle years. I am comfortable with him now.

“Led Zeppelin – In Through The Out Door” 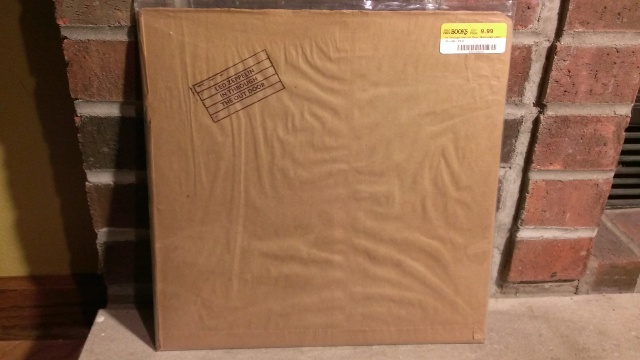 Led Zeppelin… yeah, I was a fan back in the day. When this album came out I of course fell in love with “Fool In The Rain” like the rest of the world. However… that being said, I was confused by about everything else about this album. I didn’t get the cover, there were lots of keyboards and SLOW songs. At first I was put off.

Then I listened to it again. Then again. Before I knew it, I was really digging the slower songs and I came to accept and embrace this album on its own merit and not compare it to “Houses Of The Holy” at every note. Dalton brought this over one night and I took pictures of the sleeve and wrapper and planned to write an entire blog about this album and the effect it had on me. When the first few notes of “In The Evening” start I get a shiver. This is such a good album. I have always wondered about the packaging though. Why? The brown paper wrapping has been shredded from lots of copies of this I imagine. I kept mine meticulously, and this copy has a few tears, but I wonder why they used the outer paper at all. Seems a weird choice, but in the end created an ambiance I guess. I paid $9.99 for this and I listened to it today and it is worth every penny.

Finally, the best score of all…

“Jimi Hendrix – In The West” 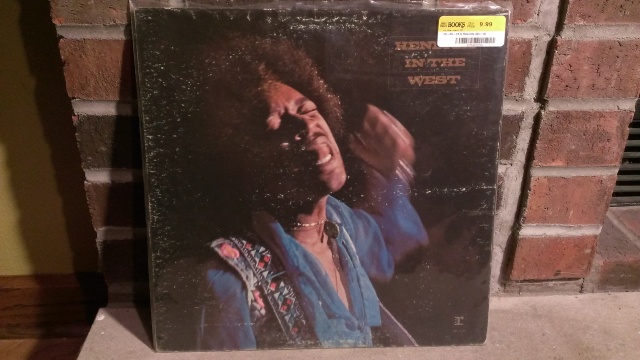 OMG. I have this recorded on reel-to-reel and have played this to darkened living rooms after the kids have gone to bed many times with just the light from the VU meters filling the room. This one is gold. I was bummed because it had the remnants of a sticker in the lower part of the cover, right where Jimi’s shirt opens, but a mere 15 minutes of dainty blotting with a damp cloth and scraping and I was able to get it all off. This one is destined for a record frame so I wanted it to look good. I played it and it isn’t in the greatest shape, but even so, I love it.

This one is an experience to be absorbed and loved and cherished.

That was the end of the gift card, and to be fair a few bucks more, but I wanted to say thanks mom! It was just like the old days when you gave me cash and turned me loose at the record store in the mall.

Thanks for the birthday fun!