After writing the post about drums and having them stored in the basement, I decided it was time to dust them off. Might be fun to bash on them after a long work week. I had been listening to and watching drum videos on YouTube again, and though I know I am not becoming a drummer, it’s nice to have them set up and ready if I have the right moment to play. I use the term “play” loosely.

Anyway, I cleaned out the corner in the basement by the stairs and put the black carpet down and brought over all the pieces. Joey helped and we cleaned them off and set them up. The set is basic, from Coda, which is generally derided by everyone but Coda, and has seen some extra brutal use, but for my purposes, they are the right fit.

For the life of us we could not figure out the Hi-Hat pedal, maybe Max remembers hot to set it up, or if something is missing, but the rest of the toms and snare and bass cooperated. I had stopped at a music store and bought some regular (cheap) drumsticks 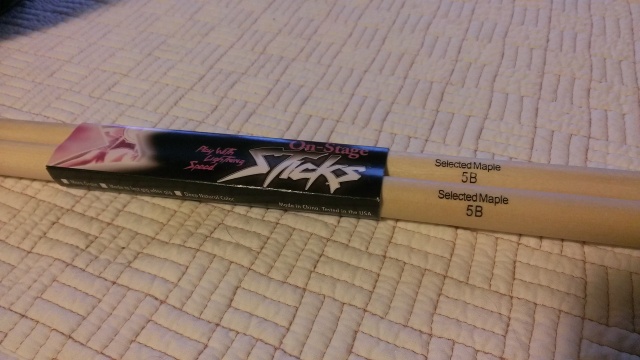 since I wasn’t going to use the brushes yet and I was not going to use my autographed Paul Galisto pair I bought at the Psychedelic Furs show.

After spending 20 minutes trying to figure out the hi-hat pedal, I gave up and just set it next to the kit. You can still hit it, just not make the tsssst tsssst tsssst sound. Sigh. Before I got behind the kit I took a picture. Do not adjust your gamma, that is the real color of the wall. 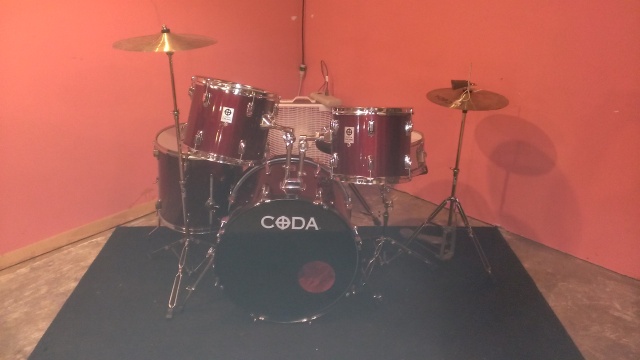 When I set them up I noticed that there were some blankets that Max and I had put in YEARS ago to dampen the sound a bit. They have been in there for almost 10 years?

One is a throw blanket that we used to have on the couch and the red one is an Erdman blanket, probably a Christmas gift from the company years and years ago. I pulled them out and it was a good thing I did. Also in with the blankets was the drum tuning key! I will need that. There was also a sucker that stuck to the blankets. Ick. I packed the blankets back in and then declared the kit ready to go. 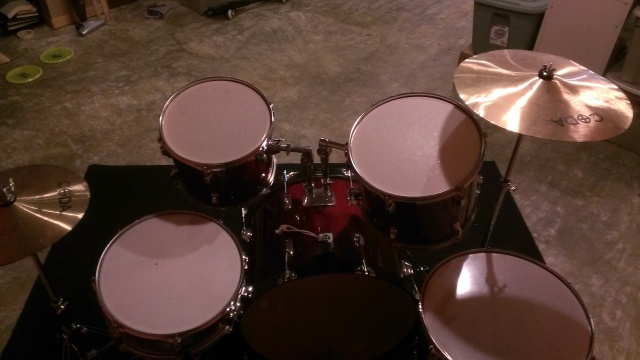 Joey and I took turns and had a great time just goofing around.  I made him take a staged picture. 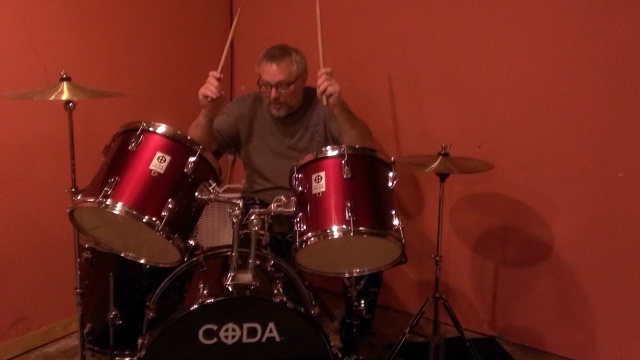 Then he took a real picture. I have a look on my face that emotes “I just had fun making a bunch of noise on these things!”

My apologies for the horrible background. That is first on my list of basement projects. If only this corner. I guess you could say this the start of my man cave.

The man corner , with drums.