Abbey lives in Kalamazoo now, working for Western Michigan University. That means she is only a mere 5 hours away, as opposed to her Georgia and Connecticut stints. So, shortly after moving to Kalamazoo, she came for a visit (and to gather some furniture and her bed for her unfurnished apartment).

While she was here we did go record shopping. Specifically for a record for a record clock for her new place. I took her to the West Side Half Price Books. I’ve had some pretty good luck finding colored vinyl there.

There is some great and not so great stuff there. I taught Abbey my technique. Pull a pile, flip through, replace, grab another. There is usually some colored stuff in the rap singles area, where I found my DJ Rectangle and other colored vinyl. 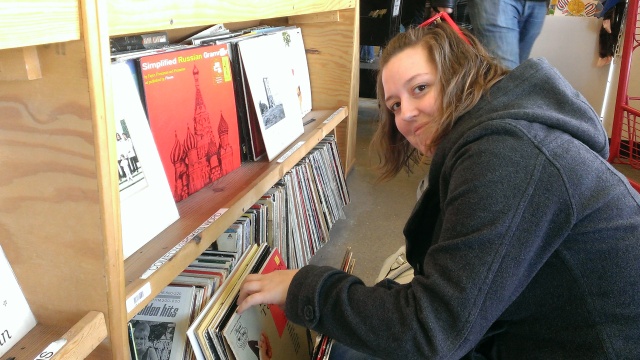 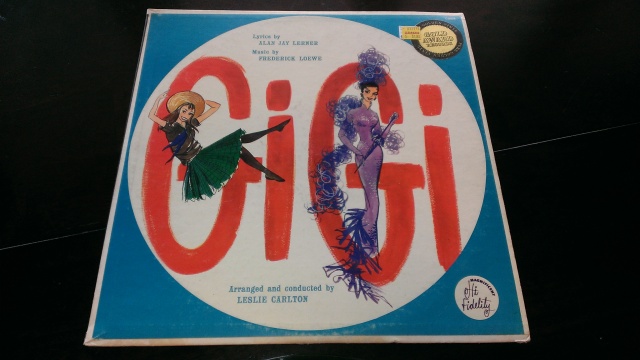 A hi-fidelity soundtrack to Gigi. The record is gold colored. 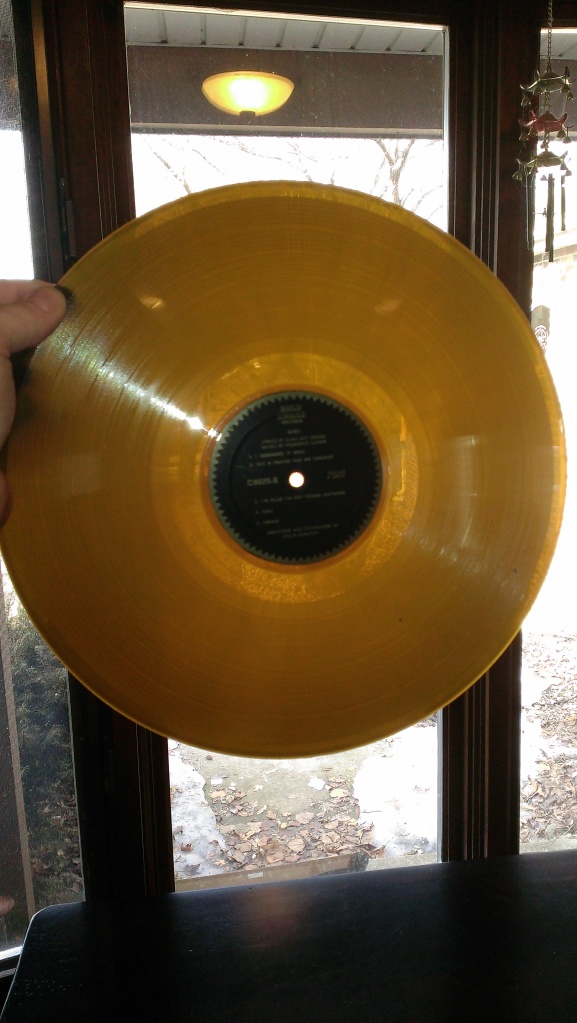 Though without the sun shining through it, it really looks green. 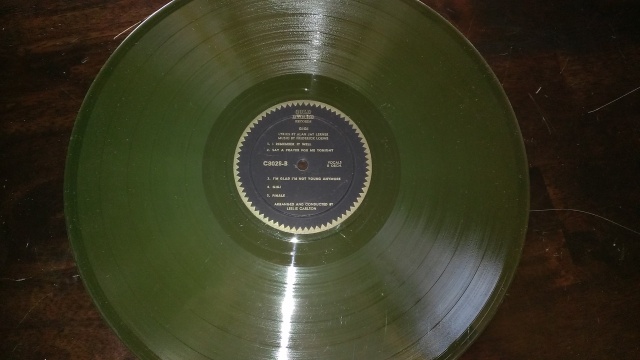 At any rate, it was a good score and I schooled Abbey in making a record clock. 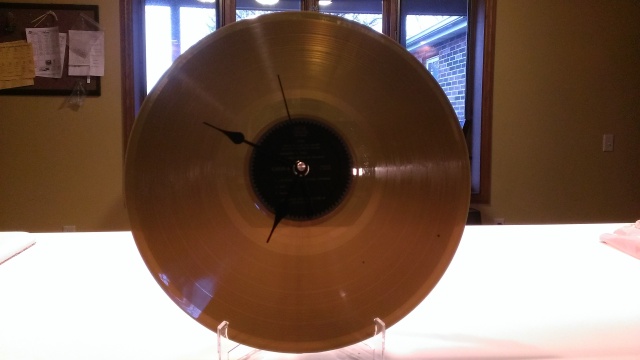 Came out pretty good! She opted, as I do for the more “Swatchy” no numbers style. Minimalistic and simple. Elegant.

I began to check out the album cover when we were done. Very interesting. This was a “Pure Golden Vinyl” record. 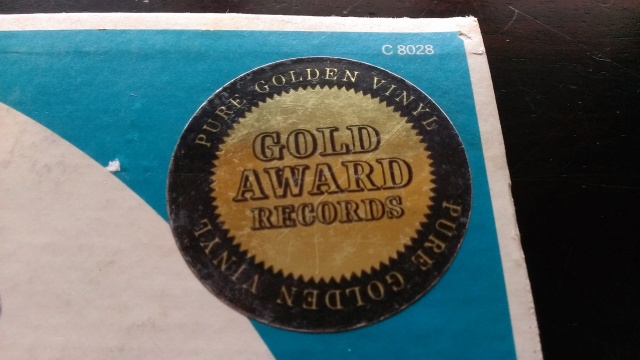 It wasn’t just colored vinyl for aesthetic purposes. There was a purpose. 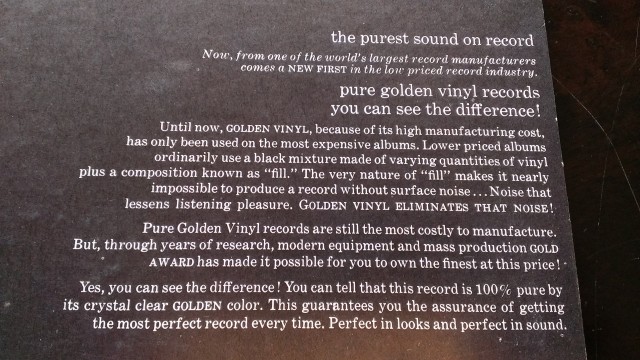 Cool. So the point of the color, or rather of not being made of fill and ending up black like normal vinyl, was so that abnormalities in the manufacturing process could actually be seen in the end product, and presumably discarded. Allowing only crisp clean vinyl with no fill to be made and sold under this Gold Award label.

There were even pictures of the process. 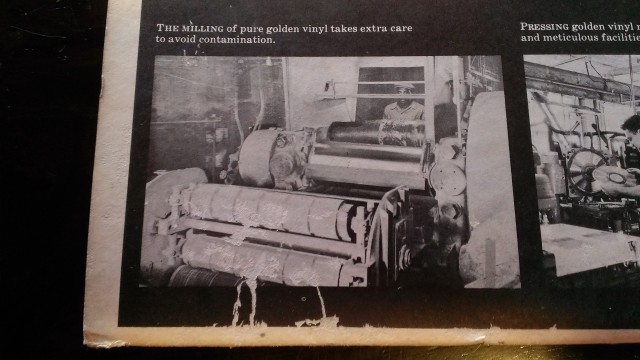 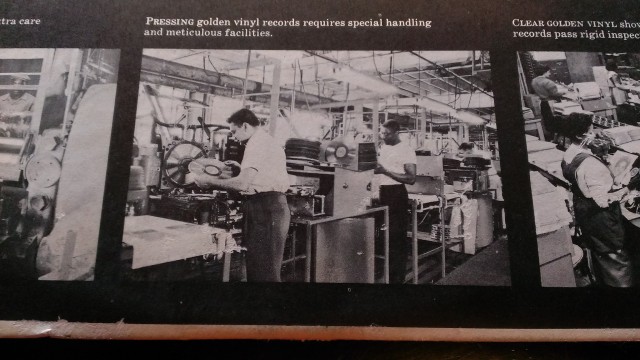 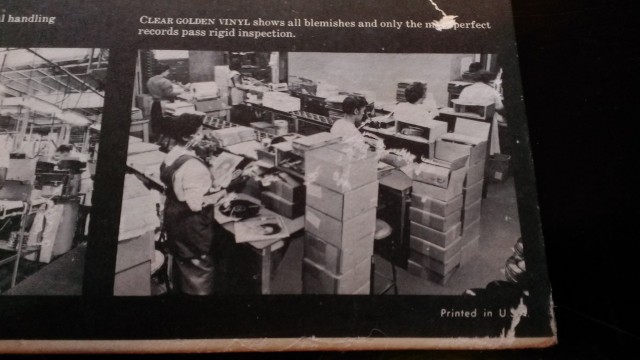 Of course, we never played this record, just drilled out the center hole and stuck a clock in it. It may not live on to play the music of Gigi for anyone, but it does still live on. I dare say that Abbey was probably the only hope for this piece of vinyl. So it found a good home.

Also in this shopping trip I found something. Something so awesome that I made Abbey take my picture with it. I was stupefied that this was in the dollar discount bin, and it has renewed my vigor to always check because there really is no rhyme or reason to what you might find in the lower shelves. 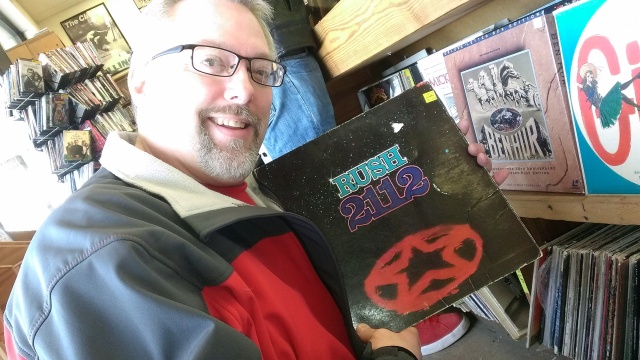 Yeah, that’s me with a one dollar copy of “Rush – 2112”. Really. One buck. I have played it and it is clean with no skips and just that little blemish on the cover. It was a good day to stop in.