Record Store Day happened again just before Easter and again I wasn’t able to go for some reason or another. Next year! However I did manage to get a 45 from this years releases.

Otis bought it for me. You rock Otis!

My proclivity for Frank Zappa is well known at the office and last record store day Otis bought me this one: 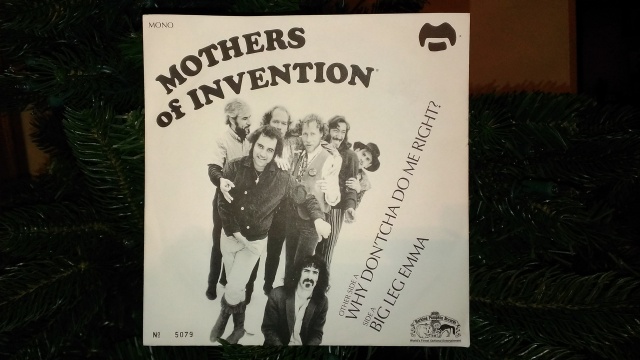 This time there was another Frank Zappa 45 release and he thought of me again.

“Many thanks again” says the author, bowing slightly.

Otis purchased for me this Frank Zappa 45.

“Don’t Eat The Yellow Snow bw/ Down In De Dew”.

“Don’t Eat The Yellow Snow” was probably the very first Zappa song that I ever heard and I can’t recall where I heard it, or when, but the time with Dave Stewart in Roselle, where I did come into contact with the “Sheik Yerbouti” album… and things progresses from there. 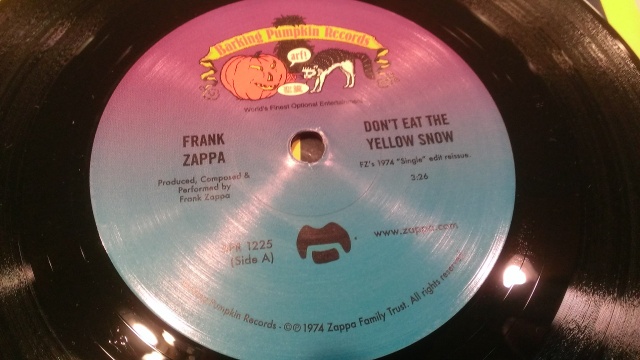 and Zappa Records on the “Down In De Dew” side. 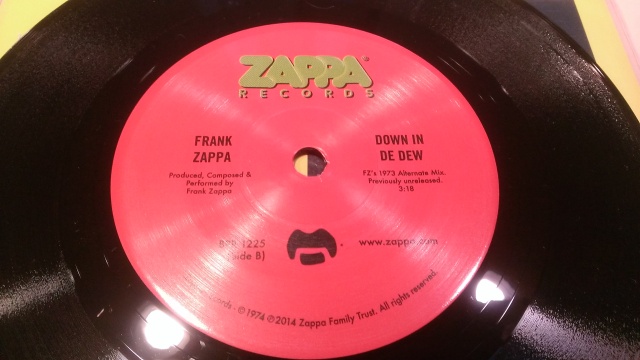 The agreement was that I rip the 45 for Otis. I’ll include it in our next Tabasco Tin Music Exchange.

That is a whole other story.