It was there the whole time. The microphone in the Deli. I had used it time and time again and never really thought about it until the day that my ear-bud, behind the ear sport headphones broke and I was forced to buy a cheap foam padded ear cover job.

I had listened to my “Iron Maiden – Piece Of Mind” tape on the way into work, and on my way back to put my smock on I got pulled into a deli situation. Someone had rung the bell at the deli, and being shorthanded that shift no one was able to come. I stopped to help.

I dumped my backpack and tape player on the table in the prep room, figuring I would go there later and switch up the radio.

I helped out the eager shrimp boat customer and then went to work, leaving my backpack in the relative safety of the prep room. Later, when the coast was clear I stopped back to the prep room and changed the radio. After I listened to the station and made the tuning adjustments and got all the static out, I heard something else. Turns out I had never shut off my tape and I could hear it coming out of my padded headphones. They are tiny little speakers after all.

Now, the microphones we had in several strategic places around the store, including the prep room were the kind you used to find in any grocery store, mounted on a bendable metallic boom with a button you press to turn on the mic, say your announcement “cleanup in aisle 4” or “Rory! Go to the deli please” when the bell rang.

Something like this one. It was weird to ask the cashier at this restaurant if I could take a picture of it, but I couldn’t seem to find anything similar on the internet to my dismay. 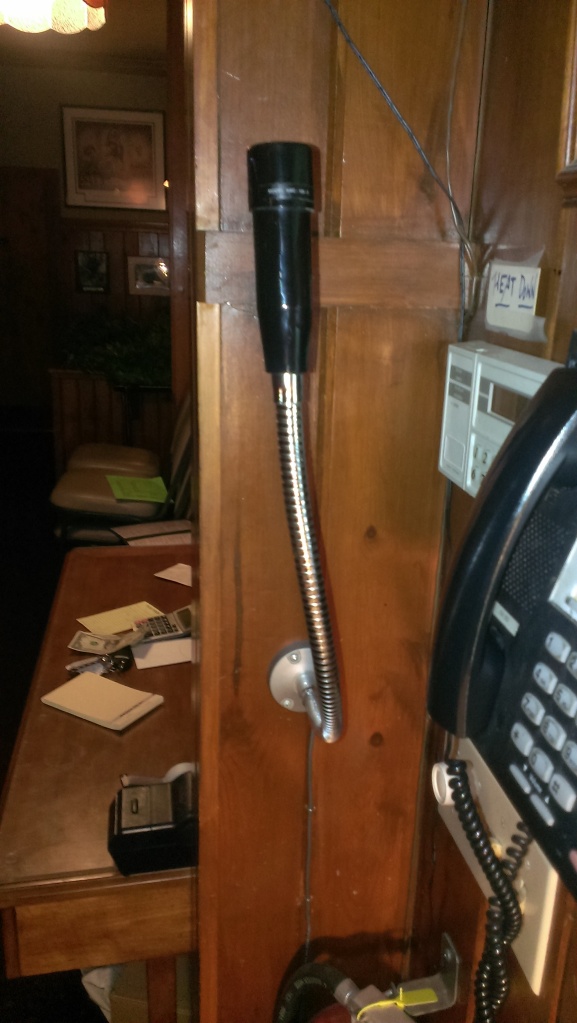 The only other one I have seen similar is at a Panera Bread. 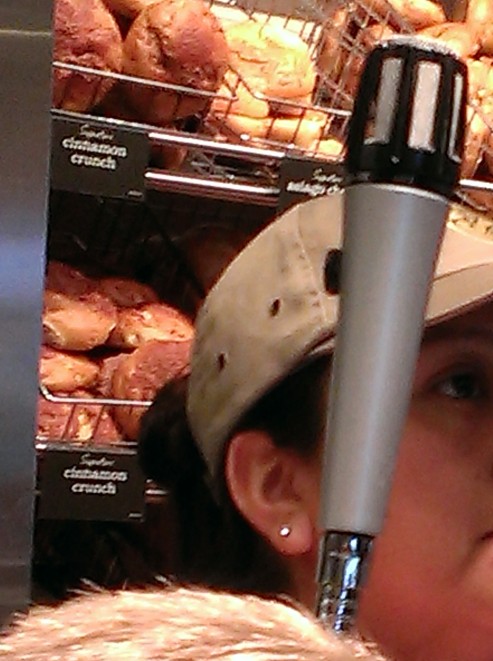 As a little gag for Paul and Rory that were working that night I took my headphone and held it to the microphone and pushed the button down.

The sound of Iron Maiden filled the store for about thirty seconds and then I let the button go and shut the tape off and went out front where Paul was working. The look on his face said it all. He was staring up at the speakers smiling and when he saw me he was beaming a smile. Instead of it being funny, Paul realized what I had done and was already seeing in his head nights filled with the playing of tapes like this instead of the radio. We called Rory up front who hadn’t heard anything since he was stocking in the dairy when I tried it and Paul and I went back to the deli.

I showed Paul how I had done it and in no time we had rigged tape to hold the button down and a rubber band to hold my headphone earpiece to the top of the mic, creating a pipeline to play my Walkman over the store speakers.

It was paradise. We listened to Iron Maiden, the only tape I had, about 6 times that night.

It was interesting over the next few weeks to see the reactions of people who came in shopping after hours and after shopping for a while picking up on the fact that we were playing albums instead of the radio. They would listen, sometimes tilting their heads up to the ceiling and speakers as if trying to figure it out. The nods and knowing looks that passed to us from shoppers that dug it were cool.

We kept the volume at a reasonable level, we didn’t need some shopper complaining and ruining it for all of us, and we had a very critical acceptance policy for tapes to play. We also didn’t need anyone complaining that they heard swearing in the store and reporting that to the owner or his son.

Every day I worked I brought in about 10 tapes, trying to cover all the moods and possibilities. If you were mopping you didn’t want to listen to Pink Floyd, you wanted something like The Best Of April Wine compilation tape I had made. Facing the aisles was a good time for Floyd. Anytime was a good time for George Thorogood. I played my Couch Flambeau tape once in a while and that got a few strange looks.

If you were working in an area away from the tape player when it got to the end of the tape you could find a nearby microphone and request a “flip” or “another selection please” over the store speakers. It was perfect. I always had a second set of batteries, and plenty of tapes. It was a bit primitive maybe, but we liked it. 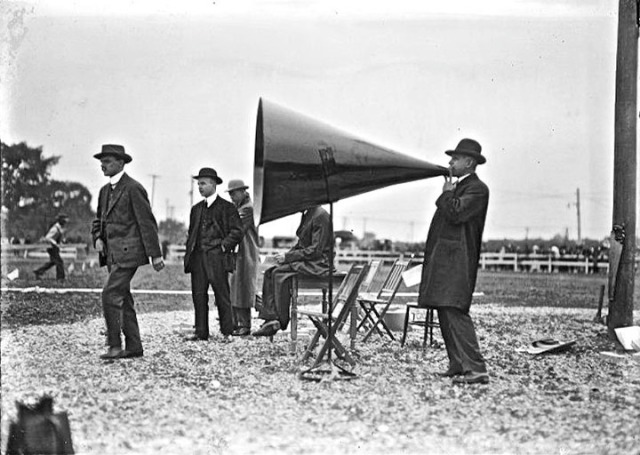 On the one occasion where the owner’s son came in to work early, I headed back to the prep room, waited for the current song to end and unwrapped the gear and let the radio engage again. It happened to be in a fade of the radio song and it was not too jarring a transition. He never noticed. I doubt that he would really have had a problem with it, but, you never know.

I really didn’t want to be fired for listening to Talking Heads while I mopped.

The selections that everyone brought in was quite interesting and is worth of mention. Everyone brought something different to the table, none of it was awful. I actually learned a few new bands and turned the group on to a few new ones from what I played. Part of the whole East Side Foods Rock and Roll Grocery Store experience.