These have actually been purchased sporadically over the last several months and have gone undocumented (gasp!) by me until now. Sorry vinyl. I will laud you now…

This album, which I had the tape of back in my UWM days, was another that I listened to when I went to bed often. It has a very smooth tone. It was my first introduction, and a good one, to UB40. I bought the picture disc of “UB40 – Little Baggariddm” shortly after. Man I wish I still had that one. It came in a clear plastic sleeve with the album name printed on it in big white letters. I had it on display for a long time.

Anyway, “Labour Of Love” was a go to for walking as well, in the trusty Walkman as I walked across campus for class or to work at East Side Foods.

One particular night of note, I left my rented room in the house I was in after having been drinking with a housemate and walked to the bus stop to go across town to stay for the weekend. The sun had just gone down and the evening was cool and I waited at the bus stop for a bit, listening to UB40. I was just buzzed enough to be in that sweet spot between drunk/non-functioning and completely lucid. The bus came and for I think the first time ever since I had moved to Milwaukee and become adept at using the city busses, I was all alone on the bus. It was a bit eerie in fact at first, but “Many Rivers To Cross” came on as I sat down and I rejoined my sweet spot as the bus rolled forward. The driver broke me out of my “out the window stare” to ask me if I planned to read or could he turn out the lights. I replied no I didn’t and it went dark on the bus. The effect was awesome. It went from eerie to super cool. I opened my window and the cool night air came in blowing across my face as thanks to my auto-reverse “Cherry Oh Baby” came on and into the night we drove. The effects of the night converged into the best bus ride I have ever taken. It was a slow slide down from the buzz as I crossed town and fell into the most mellow mood ever possible as “Red Red Wine” came on. It was a memorable ride.

This album was huge in my collection back in the day, despite having a bad experience seeing BOC live (another story for another time) when I saw this one I was ecstatic. BOC was all about “Don’t Fear The Reaper” for me and Jeff had recommended “Agents Of Fortune” (LOVE side 1, side 2… no) and I had even bought some old BOC and loved it, but this one hit me at the exact right time in my life.

I was actually reading the “Elric Of Melnibone” series when I first heard this album, I think I got it from the library. The first song “Black Blade” is based on the Elric stories and co-written by Michael Moorcock. Boom. I loved it. Then the song “Monsters” with it’s irony and space theme… and every song after that… awesome. I recall playing this album non-stop for weeks and weeks. BOC may have greater songs yes, but no single collection of studio material rival this in my opinion. This one is epic. The cover is cool too. You see the huge dinosaur first and then notice the tiny spaceship. 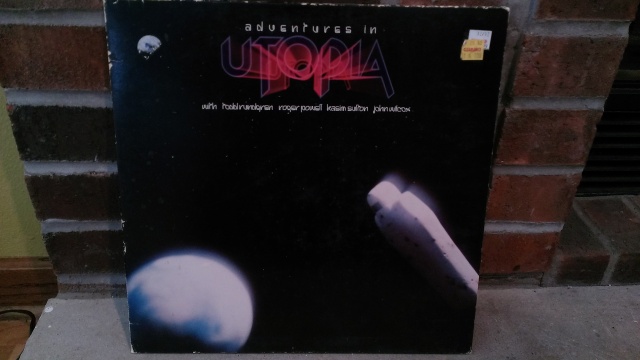 I will confess I have never heard this album and bought it purely on the strength of the album “Utopia – Oblivion”, which is fantastic and I hope this one is as good.

Interestingly, though I absolutely LOVE “Utopia – Oblivion”, it was perhaps the first album I ever had where I actually noticed the production and levels of the vocals and music in the mix. Otis, you know what I mean. Todd Rundgren being a producer and all that, you would expect that not to be an issue. Sigh. Love it nonetheless.

No colored vinyl on this one, but I couldn’t resist.

I’d like to go on record to say that naming their albums this way was stupid. There I said it. I had to Google the Chicago Wiki, then cycle through all the individual album pages until I found the matching cover just to determine which one this was. Sigh. I love you Chicago, but damn. Anyway, I think this may be the last one I need to finish the ones I intend to get, before the went all Top 40. I like the old Chicago, the ones my Mom turned me on to when we lived in Mishawaka and we listened to Chicago on 8-track!

This one was for Cindy. She likes Aerosmith. Although, this one was released before she was born. Wow.

Yes dear reader… I bought this one already. Back in 2012. Ah well, it turned out to be the house warming clock for Dalton. So it was not purchased in vain.

I bought this one strictly to make a clock out of. Red see-through vinyl. YES! Here it is today. 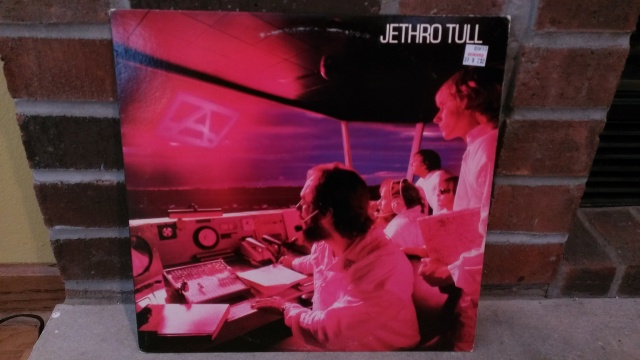 As I understand it, this was a Ian Anderson solo project (the master tapes were labeled “A” for Anderson) that the record company thought would sell better as a Tull project. Meh. I love me some Jethro Tull, but this one is not my all time favorite. Not bad, but you could listen to it several times and then have someone ask you to pick your favorite track and you would go… uhhhhhh…..

It is good music, but you will likely never reach for this one first, but, as a nerdy completist, and for just a buck, what can you do?

“Jethro Tull – Living In The Past” 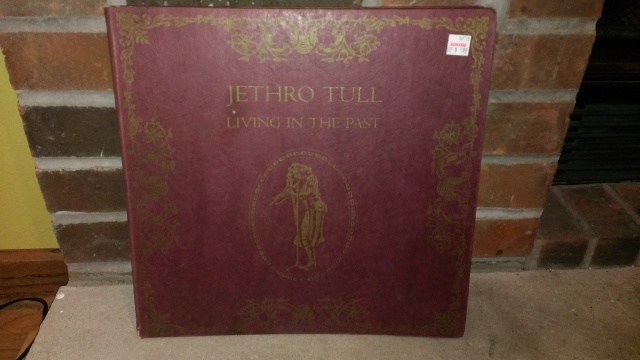 THIS one you will remember. I had this once, when I was at UWM. There was a used record store that was a fairly aggressive bike ride away from the dorms that I would sometimes frequent when I needed a change from the used record store that was in my vicinity, but had larger punk and metal and local music leanings (where I got my Couch Flambeau vinyl). I had this album in my hands there several time and decided to go with quantity over quality and buy J.T. single albums instead. Eventually I bought it and was glad I did. It’s fantastic, of course. This copy even has all the pages of the booklet inside! 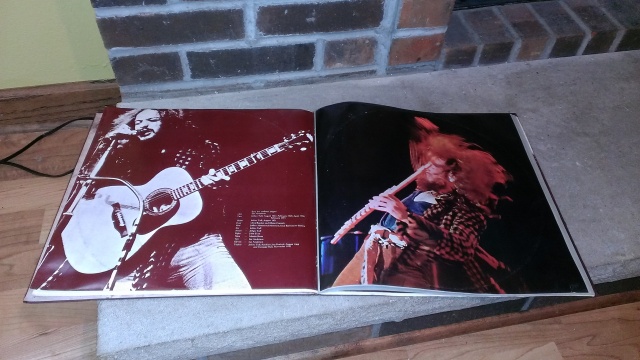 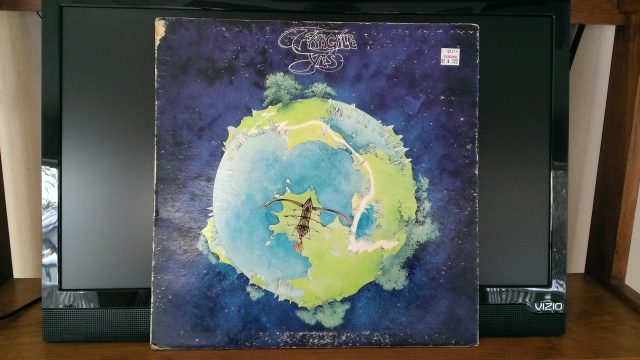 You got me Yes. I am buying you again. 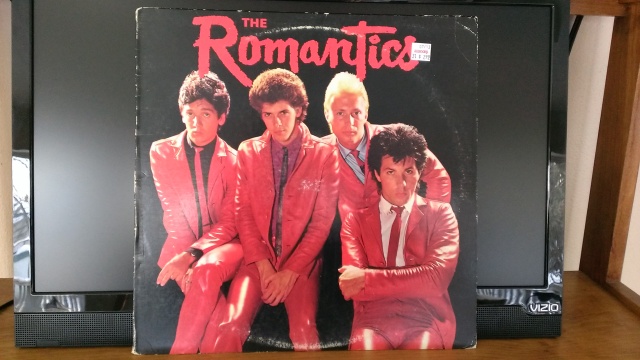 I abused a tape of this album literally to death in high school. The cover screams 1980. Red leather suits. Be real. “What I Like About You” of course is on here, but the rest of the album is actually great too.

Crap… I just found more records I bought that I didn’t write up.