So, as I wrote about East Side Foods I remembered a record store that I used to frequent. I was fuzzy on the details of where it was, I felt like it was very close to East Side Foods, but it was the first record store that I found in Milwaukee after moving there for school. Dan R. and I went there when we had any money at all. It was a cool used record store and I spent more time looking at stuff than buying, but it was a good way to while away some free time. I  got my “Couch Flambeau – Mammal Insect Marriage” LP and “Couch Flambeau – Curiosity Rocks” tape there.

As I said it seemed to have a more quirky selection and often featured local stuff. I couldn’t for the life of me remember the name of it though and it has been bugging me.

Skip ahead a few days and whilst cleaning up my hard drive to make space I came across a folder of show posters that I had copied from Dalton. Within the folder was a poster for Couch Flambeau. 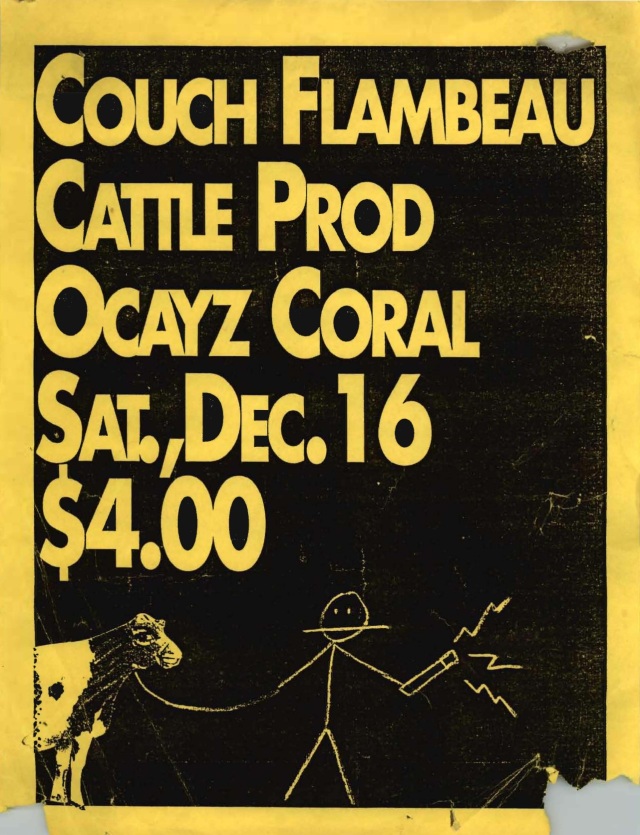 This got me thinking about the website that I had run across recently that had other Couch Flambeau posters. There are lots of bands included, but the Couch Flambeau page is

Ron Faiola, founding drummer of Couch Flambeau runs the awesome site. Having a poster I though I might share… I sent him an e-mail. The poster I have is not from Milwaukee, so he may not be interested, but you never know. 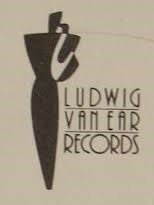 I Googled the store and address and found this:

Then I stuck the address into Google Maps and guess where it ended up being?

Kitty-corner from the former site of East Side Foods! Now a Subway? 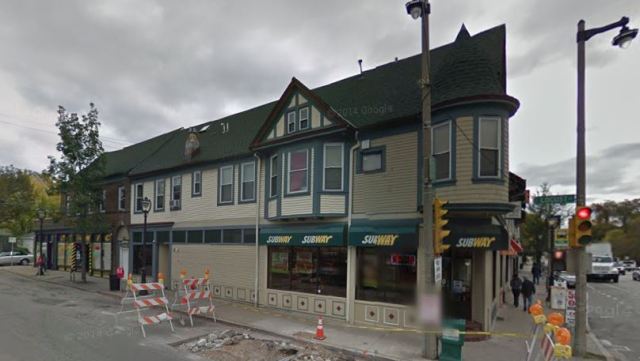 I feel like it was the place on the corner. I seem to recollect posters in the windows and you could see the back of the vinyl racks from outside.

I got a lot of good stuff there. Dan R. bought the first Tears For Fears album from there that we went crazy for and I recall getting a cool David Bowie “import” that was pretty dear to my heart. Plus the aforementioned Couch Flambeau stuff. It was a great store and a cool place to hang out.

I don’t know if I am confusing the recording company with the record store, but either way, I fell hard down the rabbit hole. I guess that’s what I do.

Can anyone confirm that this was the place?