Nashville Day 1, night really (we arrived after a 10 hour car ride). We unloaded at the loft and headed out to explore. It reminded me of downtown Milwaukee at first. High rise old hotels and city traffic. A few blocks away from the loft though we came across Printers Alley, which appeared to actually be an old alley converted to a strip of small clubs. 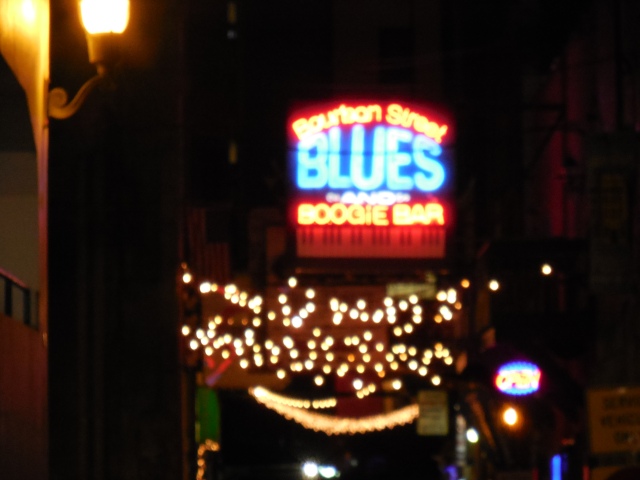 We walked the alley and decided to stop there at BSBABB as the best likely place to get a beer. It was a magical choice.

We walked in, got a round of drinks and sat down at a table overlooking the stage just as the music stated. Gil Gann was playing happy hour. 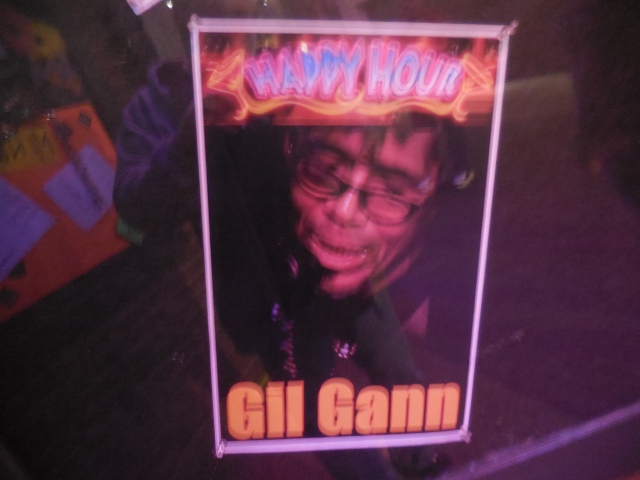 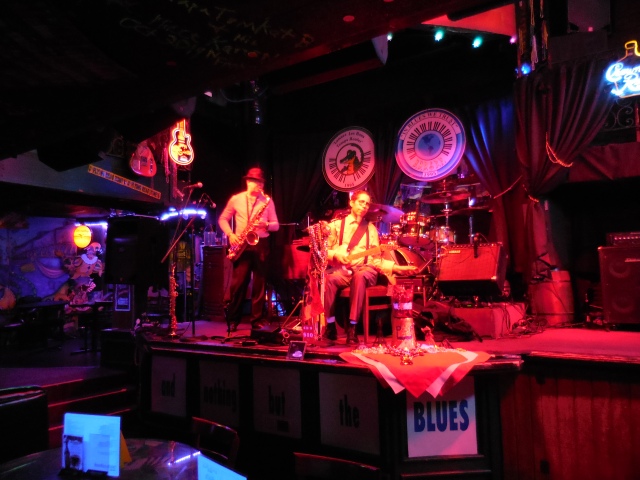 lit into a subdued, almost John Lee Hooker style rendition of B.B King’s “The Thrill Is Gone”. It was great. He followed that up with a Little Milton song. Then he mentioned Muddy Waters and the crowd of about 30 people (it was a small place) went wild and he played “Mannish Boy”. Glorious! 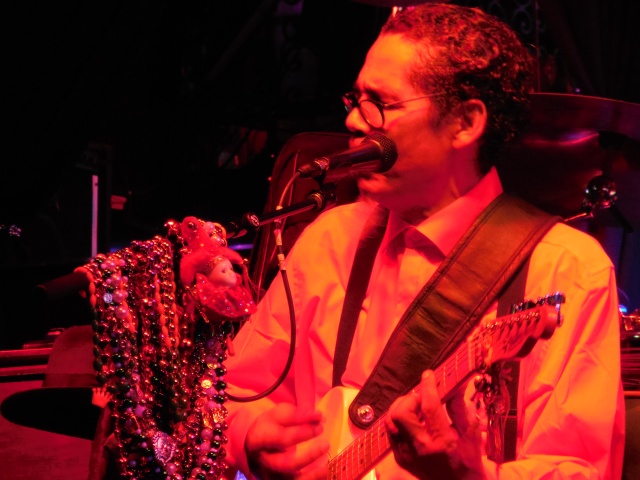 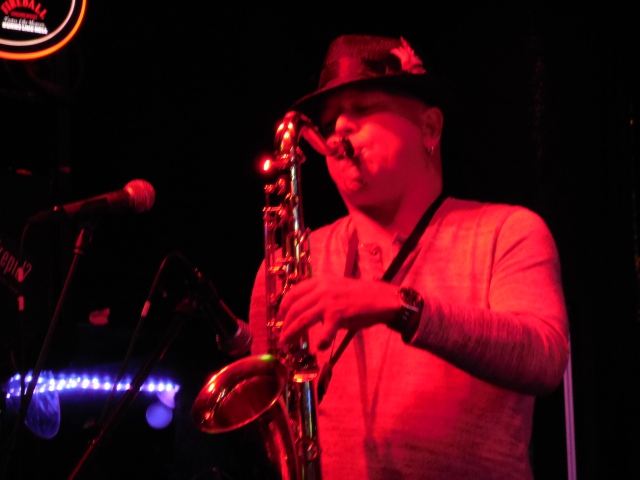 Then he played and Lionell Ritchie song for a change-up and we snuck out to explore more.

We passed B.B. King’s club. Saving that for tomorrow.

Then we strolled in and sat at the Doc Holiday’s Saloon for a beer. J.J. and John outside: 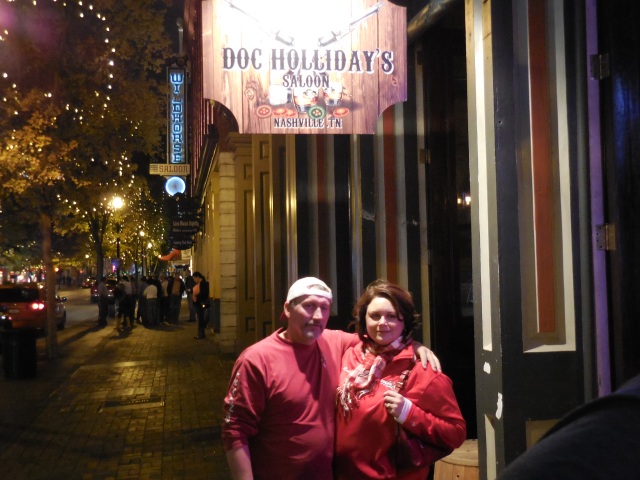 Then another short walk and we were at Hard Rock Cafe. I love all the memorabilia of course. A Kiss guitar was in our section and there was Hendrix stuff around too.

We ate a monster load of appetizers and then waddled back to the loft. About all we could do after a 10 hour ride. Bed soon followed. Back to fight another day, my birthday that is. Woo hoo!