Nashville Day 3 started with grub. Cindy and I went out at 7 to the place across the street for sandwiches and coffee. It was a slow morning, but we ventured out before noon for “Broadway” headed in the direction of Bailey’s Sports Bar where, dressed in our Badger gear, we were going to watch the game.

We were there before they actually opened, so I took the opportunity to visit the record store I had seen the day before.

This turned out to be a long shop filled with mostly CD’s. 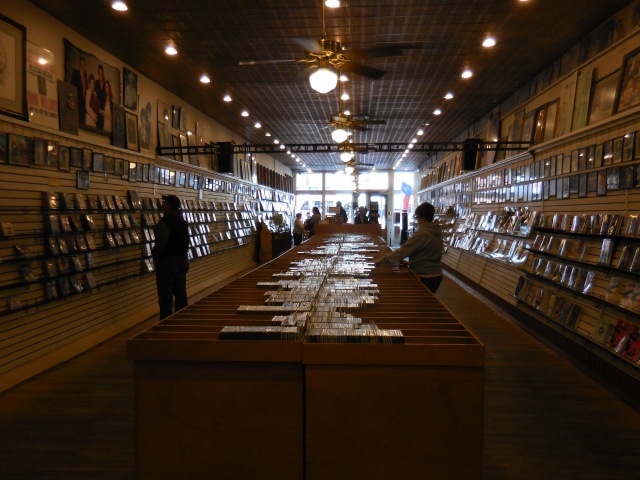 but there was a small rack of vinyl near the front. On it I did find something interesting, but not something I suspect they normally stock.

“Joy Division – An Ideal For Living”

It has a Record Store Day 2014 sticker on it, so I gather somehow that is how the one non country vinyl selection made it to Ernest Tubb Records Shop. The white haired older woman at the counter was probably relieved to see it go. I got a cool bag to boot.

Then it was off the Bailey’s to stake out claim to a table near the TV that was showing the Badger game.

I stayed until a little after noon, when I went back to Bourbon Street Blues & Boogie Bar to see Gil Gann again. He was playing a 12:30 to 3:30 set and I had to go back and see him. It was a whole different vibe in the daytime, he played Motown and Lou Rawls and some blues, but he was just as good as he was the first night. This time he was playing with a bass player Mike Doster who had played with B. B. King for many years. 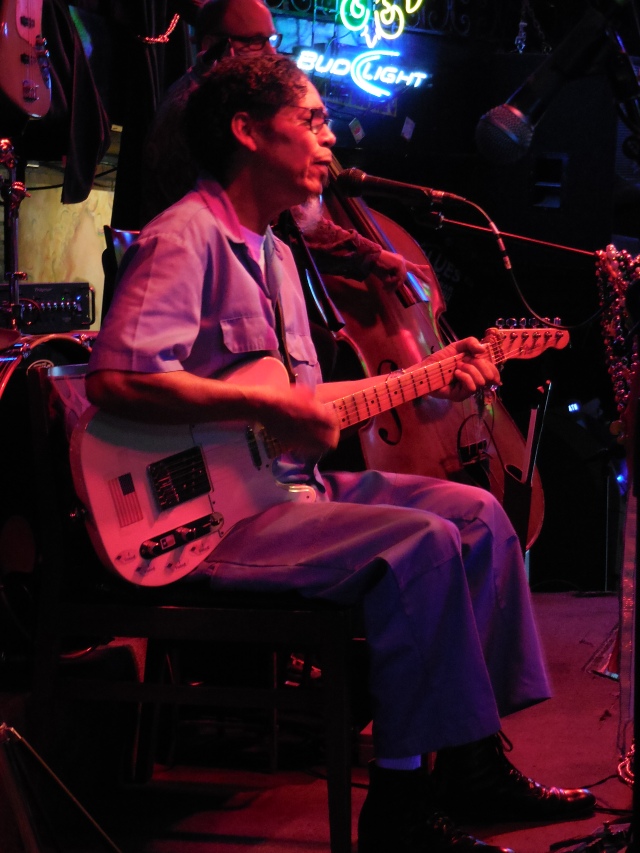 Gil was a blast and the music was great. I bought a t-shirt from the bar and a CD from Gil.

It was an intimate show, probably only a double handful of people, but they were all digging it. About the time the game was ending Gil took a break, came out and shook hands with everyone thanking them for coming out. Then he went outside and was talking to folks out there. The game was ending and I left to meet up with the group again.

We met on the corner where we started and I checked out really quickly the other record store. 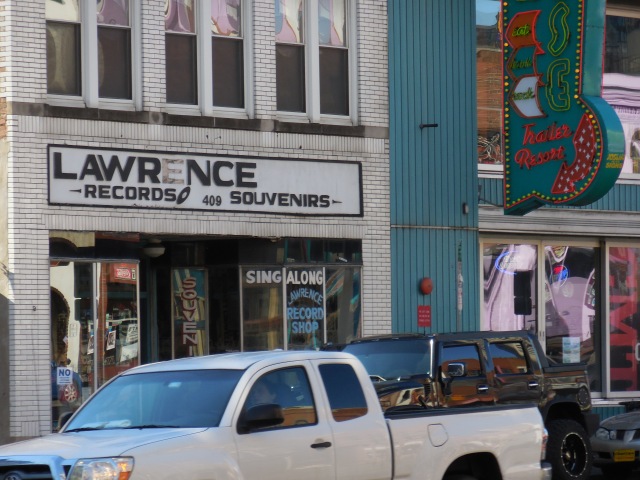 They had racks and racks of vinyl.

It was 100 % country music. But, I knew what I wanted. I found the O’s and pulled this as my country music Nashville purchase. 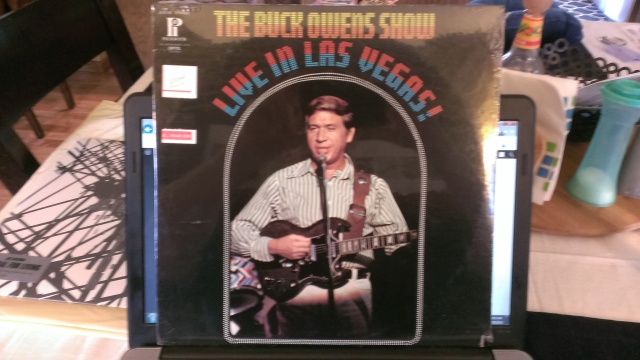 As I look at it now it seems it may not have been a stellar choice, but in the end it was more for the significance of the event. Some of the songs look like they are sung by part of his band and not him, but who knows… it could be awesome.

We headed down the street and ended up at The Wildhorse Saloon.

We sat at the bar for a while, then ended up at a table for dinner, watching the line dancing lessons and ended up leaving before the band there that night “Brother Trouble” came on. I was spent. I hated to call it quits, but I was at the end of my rope for the day.

We went back to the loft and I hit the bed early.

You won Nashville. You won.

It was an amazing birthday trip!!!