This simple question sparked a robust conversation and debate about bands in general. Can you like a band even though they have albums you don’t like?

I’m not talking about the case of say Van Halen VS Van Hagar (don’t even get me started on that one!) changing your opinion of the band. I’m referring to a solid multi-year unchanged lineup that simply changes its style over the course of its career. 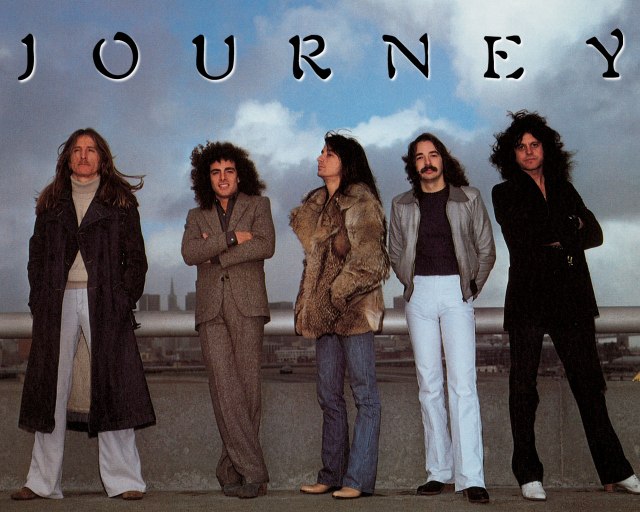 Journey started as a super group, pulling members from other bands (Santana and I kid you not a band called Frumious Bandersnatch. I’m not going to go into their whole history but it is my opinion, musically snobbish as it is, that when they added Steve Perry for their 4th album “Infinity”, the band exploded.

and the next 2 albums they released “Evolution” 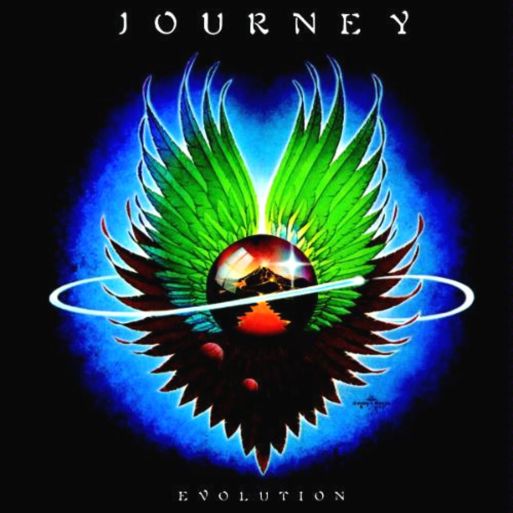 are all amazing. The hits came flying out of them, and I don’t even mind the slower tracks. These albums make me sing still today at the top of my lungs almost against my will. In my mind they can do no wrong. I was a HUGE Journey fan.

The next album “Escape” which I purchased on the strength of the song “Stone In Love” was a surprise for me. I didn’t like all the songs. The slow songs sounded like high school slow dance tracks and seemed more like Steve Perry solo songs that the band added music too, and the fast songs were kind of mushy, meaning that the levels and tempos and grooves were all sort of middle of the road. Not that I needed up-tempo jams to enjoy anything, I could appreciate anything. Only the tracks “Stone In Love” and “Don’t Stop Believin'” were as good as what I now considered “old Journey”.

Now I agree that my opinion may not be true for the whole world. I’m not here to debate the worth or popularity of Journey albums, just how their catalog affects my perception of “Do I Like Journey?”

The next album “Frontiers”. Ugh. No. Even MORE mushy, and the ballads that saved them from total fail with most of the public (not me however) “Separate Ways” and “Faithfully” were syrupy pop.

I see that there were albums after that but I can’t say I know any tracks off of them.

So, to summarize… “Infinity” and “Evolution” and “Departure” are all fantastic! The rest I can’t even listen to.

I ask the question then… do I like Journey?

I simply can’t say it so simply as I like Journey. I have to amend my statement with a qualification of timeline. For instance I don’t say I like Journey, I say I like middle years Journey. Sorry if that isn’t a pure answer, but it is a close as I will ever get.