I am generally speaking a quirky creature of habit and tend to stick with what works for me. I’m not saying that I am set in my ways, I mean if I drink from a paper cup I don’t HAVE to hold the seam under my fingertips before I drink… it’s just better that way. You know… comfortable.

There are periods of time in my life when I have veered from my comfortable course and taken a different path for a while. It isn’t always for a long time, but, it usually helps me expand the realm of what is comfortable.

These brief periods of discovery and personal growth have helped shape me.

I can recall several and their effect on me. My discovery of Blues. My dabbling in Jazz. Country (via Cindy and Wayne Hancock) and for a bit Drone/Stoner Rock (saw Earth during this phase).

I also had the good fortune to pick up a couple used jazz albums. I don’t see too much used jazz out there. So these were a fun score. 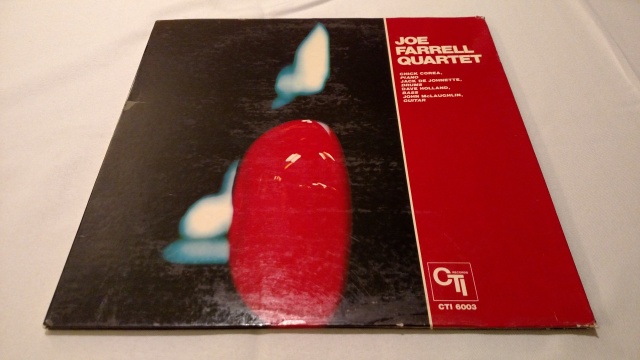 All of this culminated in a new heated wave of Jazz discovery. Whereas before I only dabbled in about 5 jazz artists… Miles, Monk, Coltrane, Mingus and Ornette Coleman, now I was in a place of maturity to give more jazz a chance.

The Joe Farrell Quartet album, which I found okay, not great, it did however lead me to Chick Corea, whom I DID really enjoy.

The Ramsey Lewis album, despite being SO incredibly 70’s, I really really liked. Need to get more of this.

The Keith Jarret was also great. There were a few other Keith albums where I bought this one and when I went back they were gone. Not surprised.

I started paying attention to who played on what and who I should check out.

That led me to Lee Morgan and Cannonball Adderley and Art Blakey. Also some Herbie Hancock and George Benson. I love all the 70’s stuff from these guys.

Mahavishnu Orchestra? It came up as a similar artist when I was searching some Ramsey Lewis. Where has THIS music been all my life?! Amazing.

It’s a real jazz renaissance for me.

I also picked up 2 more.

On the Verve label! The first song was great. I didn’t realize that Wes was a guitar player. Uh, it’s right there on the cover. Nice observation skills Michael. This sounded like George Benson a bit, which was good. However, there were some tracks that reminded me of the mid 70’s sweet tooth stuff. A little fluffy and saccharine. Pretty good overall. I wonder what his older stuff sounds like.

I also got an album that is fantastic. I had no idea who this guy was, but as I am playing this now I am loving it. 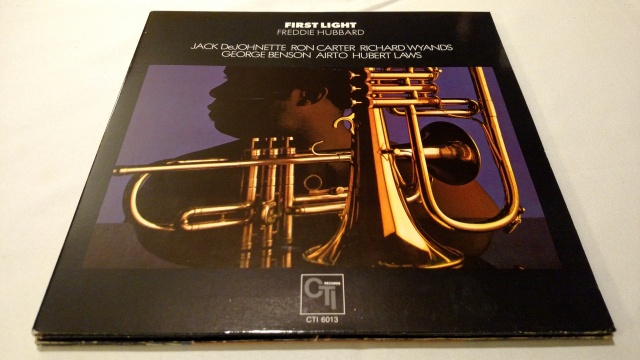 This album HAS George Benson on it. It has a nice groove to it without being too sweet and Freddie’s Trumpet/Flugelhorn is sharp. It’s a great album. Mellow without putting you to sleep. There is a Paul McCartney cover on here. “Uncle Albert/Admiral Halsey”. My first thought was that it would be awful. As it turns out, to my great surprise, it’s good!

I think that perhaps when I was first exposed to jazz, it was in the mid to late 70’s when lets say there was a musical drought in all genres. That plastic era of music was good for almost no one. No wonder Punk emerged. That was when my musical opinions of everything was taking shape though. The little bit of jazz I was hearing on the radio was WAY to saccharine for consumption.

This new personal phase of jazz has been great.

It has also helped me appreciate all the jazz I have from before but haven’t really appreciated fully. When I was working from home after my appendectomy, I listened to the Miles and Monk that I got on vinyl from Josh (thanks Josh!) and I was surprised at how much I liked them. I don’t know what in me has changed frankly that I dig this stuff more now, but I am embracing it.

It helps knowing who is who as well. If I saw a used Lee Morgan album I would have passed it because I didn’t know his work. I know I have passed up some Chick Corea albums in the past. I had no idea. Sigh.

I thank the Vinyl Community YouTube channels for this period of music appreciation.

I’m pretty sure I have said this before, but there is so much music out there a person could not possibly know it all. Every time you learn about a band, like it, love it, or hate it… when you get a chance to see them, or flip to an album of theirs in a pile, you will know what to do.