Records are here to stay? 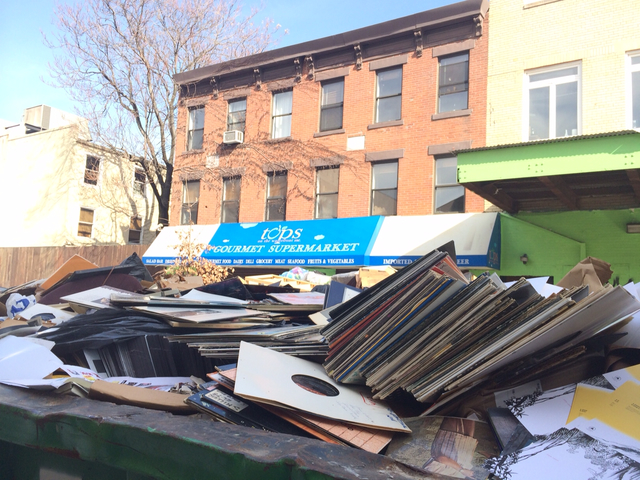 I have seen a definite shift in vinyl sales in most of the locations that I am seeing vinyl being sold. More space is being added for new release records, and records that were in the buck bins are being pulled and are now residing in the “upper racks” with 2 or 3 bucks on them, still cheaper than the nicer used stuff, but marked up nevertheless.

In one store they have almost doubled the record section, added racks at the end of each aisle to display new records and installed a second “high dollar” bin where you will find bootleg copies and original rare items and limited editions.

I am glad that the vinyl is back in the mainstream, I think it is good overall for the collectors like me, but I still worry. As with any market, once there are new dollars to be made, someone will make them.

Kind of like collecting baseball cards. Once there were 5 or 6 versions of a player card. Now you could probably find 50 varieties of a players card. What you once had that was unique and collectible is now diluted with knockoffs, special cards, super sets and all forms of saleable merchandise.

Even stores that stopped selling vinyl YEARS ago are now selling it again.

Would you go to Target to get your latest release? 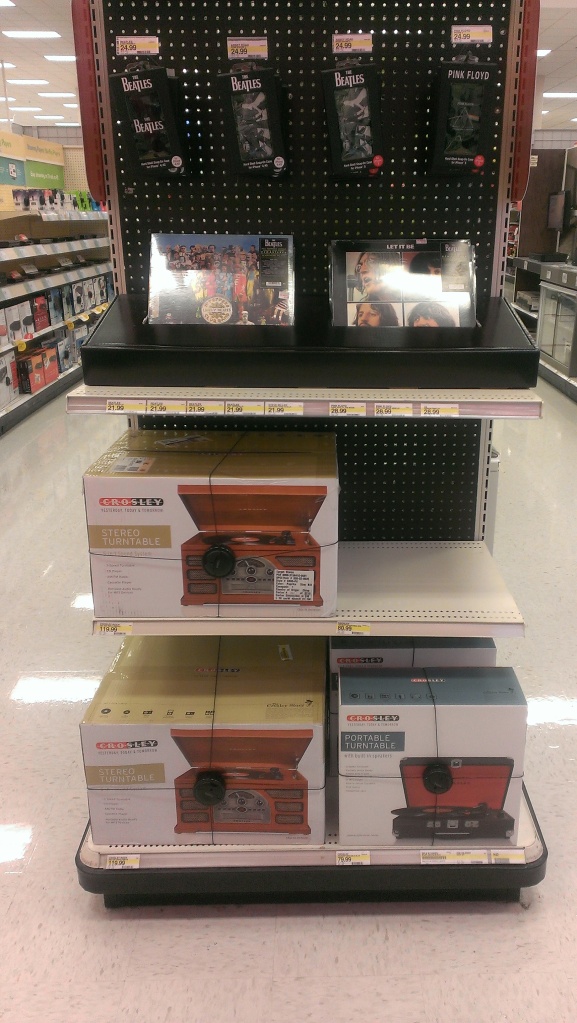 How about Barnes and Nobles?   (this one’s for you Abbey!) 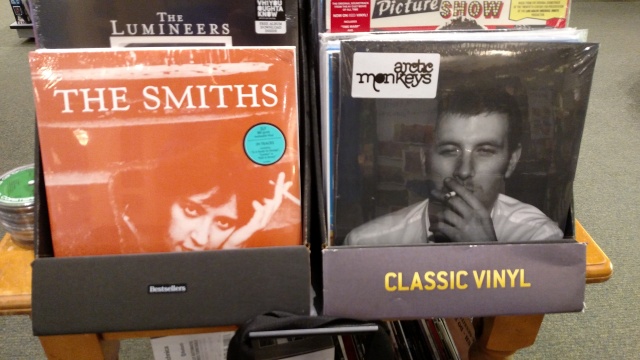 I fully admit that I am 90% a nostalgia buyer, and 10% a new release buyer, so for many many years I will be digging in the bins of records from decades ago, but if I needed a new release I probably wouldn’t go to a brick and mortar store.

In my opinion the hipsters will get tired of it eventually and then the wave will crash. Every album will not be released in three different version at 3 different prices. I do think that the vinyl album is back to stay though, but if us old collectors wait long enough it will be again like it was when we started collecting. We will collect to get the music and not care so much about getting the red splatter or marbled color version and get back to the good old black.

Same as it ever was.

Same as it ever was.