I have written many times here on the Aural Retentive about seeing Brandon Beebe. No matter what guise he is in, solo, with The Beat Chefs, or recently as Prince in the (still to be written about) Prince Tribute Show: Purple Veins, he is always entertaining and fun to watch. His live looping and smooth voice are a perfect combination.

Yesterday Cindy alerted me to a show right in Waunakee where we live at the new restaurant in town called Lone Girl. 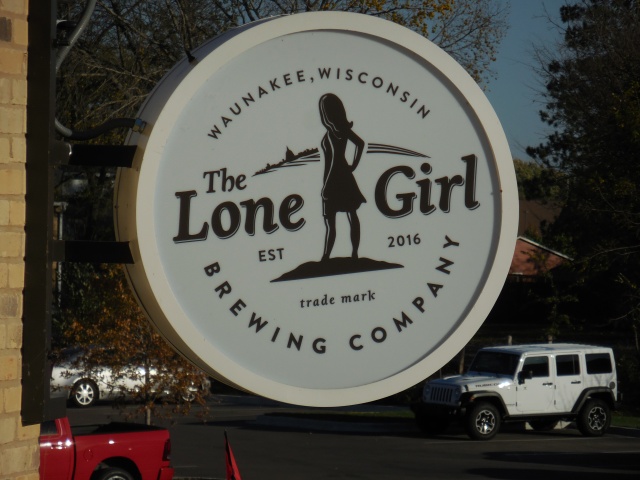 Brandon was playing on the rooftop there and had sent word out by Facebook. He had played there twice before since it opened and this was an extra show because the weather was still so nice.

Timing was good and we took Joe and went down to Lone Girl.

Our we were here shot: 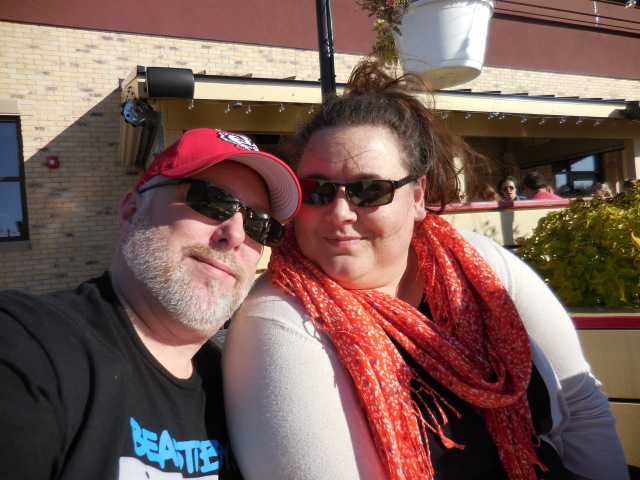 He was set up under the pergola and there was a breeze and the weather was cool and good and I have to say that the rooftop space is very nicely set up there. 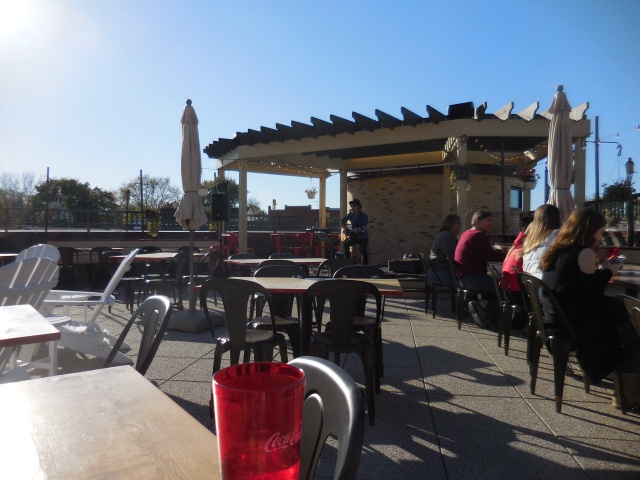 Brandon played some Dylan, some Beatles and mixed in his own songs (Neon Trees and Alright) and gave his looping demo to the Bob Marley song “Waiting In Vain” (with Melodica!)

He played some Springsteen too. His style is deceptively mellow because he can really solo too. The atmosphere is not usually built for shredding, but he does it quietly in keeping with the style of the music.

If you have not had a chance to see Brandon Beebe play live, do yourself a favor and find a way. It’s a great show, a good vibe… and you will not be disappointed.

Tell him The Aural Retentive sent you!