The last album I pre-ordered (which I have yet to write about) took over 2 years to get to me. I forgot I ordered it at one point. The new Smashing Pumpkins album however was just a short while.

Though not without its drama.

The morning of the release of the “Shiny And Oh So Bright Vol. 1 / LP No Past No Future No Sun” album (do we want to talk about the name of the album? – maybe later) I received an e-mail that my downloads were ready.

There were quite explicit instructions to NOT download on a phone, but to use a computer for the downloading. I fired my computer up as I was getting ready for work and just before I left I clicked the download link in the e-mail. I was going to download it and then move it to my phone to listen to at work.

But… when I clicked the link it took me to the Smashing Pumpkins page, good, but with an error, bad.

I whipped off an e-mail to customer service and went to work sad. Double sad since I knew it would be on Spotify, but per new policy at work, Spotify is locked down.  Boo…

However… when I got home… to my surprise, only the David Bowie Blackstar album arrived on the actual release date (you vinyl lovers know sometimes the CD’s come out way before the vinyl is released) the album I ordered was HERE!

After a hotly debated mental debate as to whether to remove the shrink or not, I opened it.

I ordered the simple black vinyl edition, and to my joy, inside was a download code! 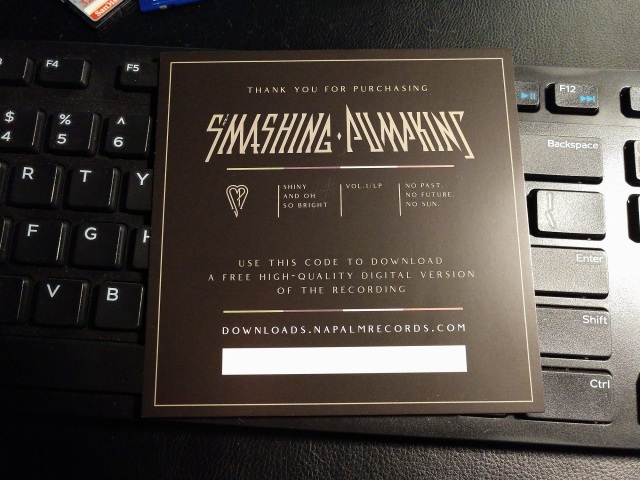 So I don’t know if they will ever get back to me from the e-mail/website error, but the point is moot now.

I looked over the album and the packaging and I like it. 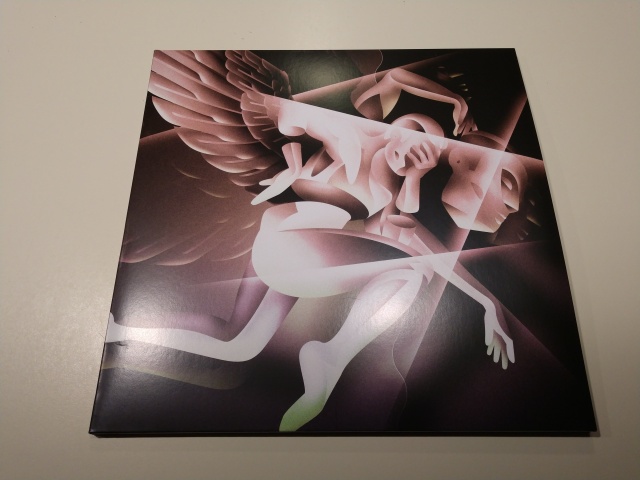 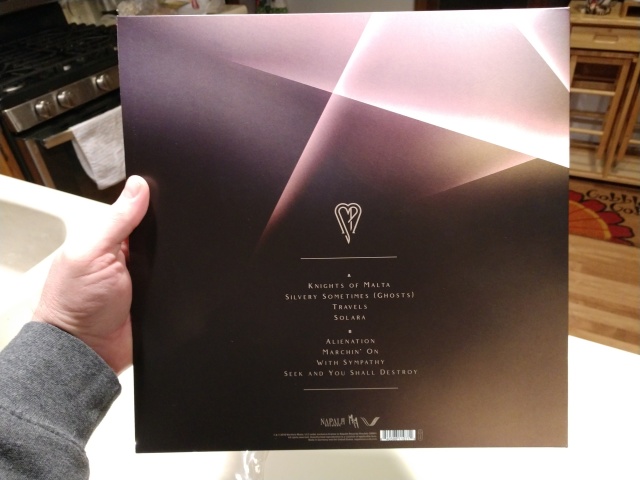 There was also a booklet inside with representations of the band… 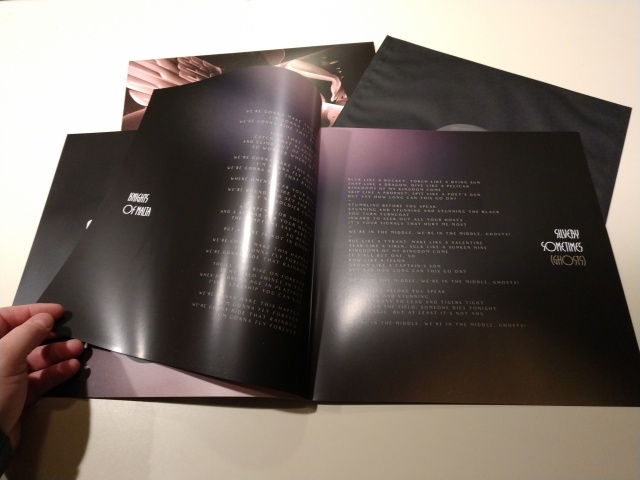 As I sit here and write this I haven’t even listened to it yet. I have confirmed that it IS on Spotify. 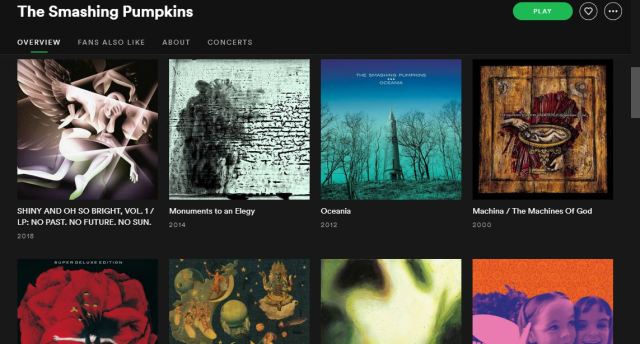 Which makes me wonder… where is Zeitgeist? Why is that album not on here?! I can understand why the internet only album Machina II is not here, but what the hell Spotify? Is there  some legal battle over that album? Poor sales? What is it. I love that album. But… I digress.

Also. check this out: 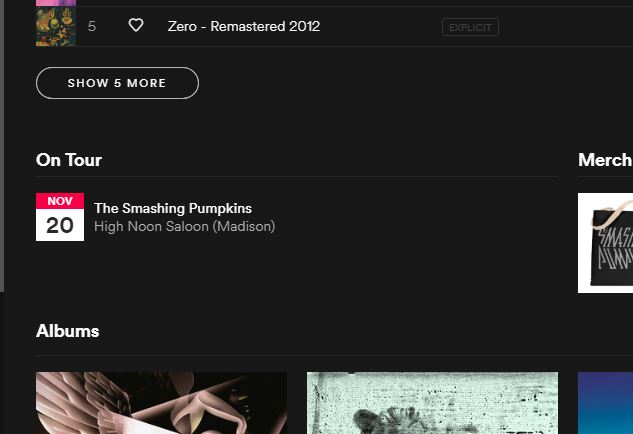 Yaaasss. That is the show we are going to next week. Wait, what? The 20th?…

So I have the album to listen to this weekend, and the show next week.