On a recent trip into Frugal Muse I was asked if I was going to bring in more clocks.

First, that they remembered me was nice, and second that they wanted more clocks was also nice. It just so happens that I have been making some. Here they are posing. 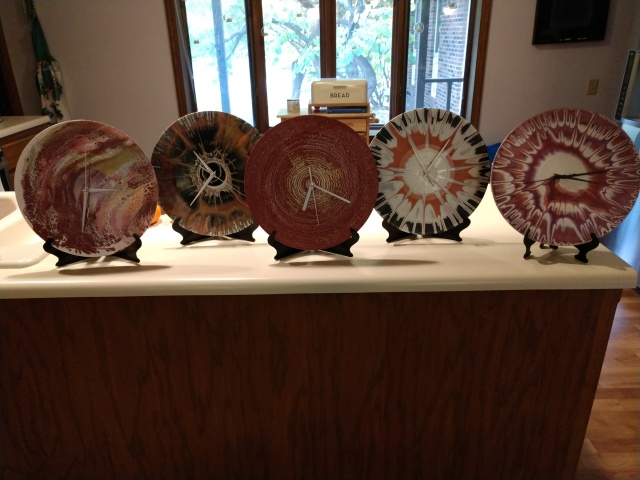 I am making my own stands too, since that was almost the most expensive part of the process for each one in the past. Mine are of course made of a record and are hidden when the clock is on it. 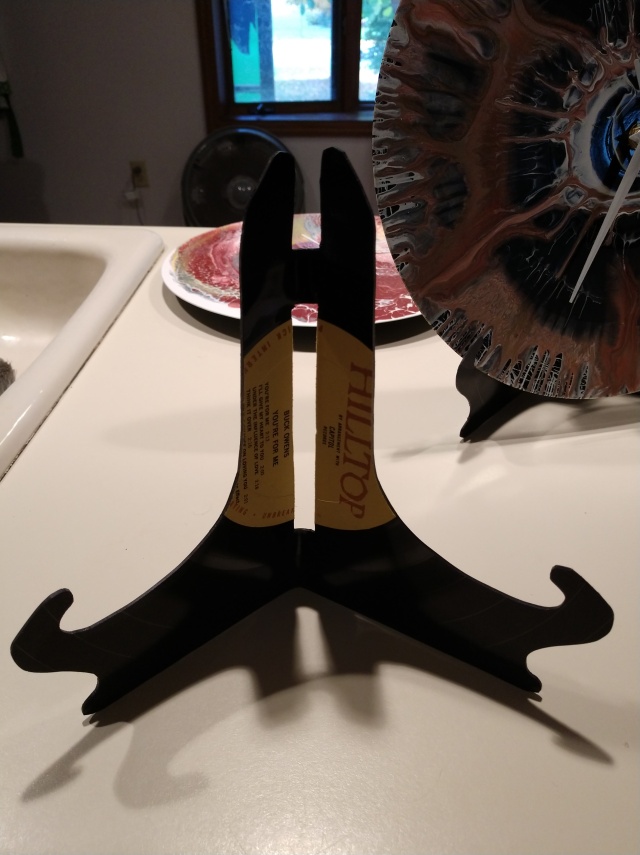 but for the vinyl lover, you know they are back there.

I described the new style of the clocks to them at Frugal Muse and they still seemed interested. So that weekend I brought 5 of them in. I was delighted to see that they made the Frugal Muse Facebook page, and stopped in to see them in person.

They even put one in the window. Here is a terrible picture of it.

The gifting season is almost upon us, so it was a good happenstance that we got this going again.

If you are in the Madison area, stop in to The Frugal Muse and check ’em out.