I did NOT consider myself a Winger fan when they were a thing in the late 80’s, though I will confess to being a huge Ratt and Dokken fan, and one would argue that Winger was not so much of a stretch from these bands. Big hair and all.

I kinda wrote them off as a pretty boy band… but I admit there came a moment when I had to reassess my notion of what Winger was.

A show on MTV (Unplugged? Acoustic Live? can’t remember the name) featured bands doing their music acoustically and it was awesome.

It just so happened that I was in the depths of music bootlegs and TV recordings and I had rigged up my VCR audio outs to port directly into my stereo and would record the audio from random musical appearances on David Letterman, The Tonight Show and Austin City Limits. It was frankenstein’d analog gold. I still have on a tape in the basement David Bowie’s Tin Machine appearance on SNL that blew my mind.

At any rate, I tuned in one night and got my rig all set up and running only to discover that Winger was the band. I chuckled. I wasn’t interested and was bummed. I was slow to cross the room and shut my rig down though…

But what did I hear?

Hey… this is pretty good. THIS is Winger?

I ended up recording the whole show and there were 5 or 6 songs. “Can’t Get Enuff” and “Loosen Up” are the tracks I remember.  I played that tape a lot, and I dug it. The sound of acoustic Winger was great. Sadly the cassette has been lost. I did find the 2 best tracks from the show on YouTube. I pray these links work for a long time.

The reason all this has come up at this point in my life? It was a CD I picked up from the thrift store for a buck.

I wanted the CD that had “Can’t Get Enuff” and “Loosen Up” on it, alas, this is not the one. Though it does have the lesser hit (in my humble opinion) and jail bait classic “Seventeen” which I am pretty sure they also did on the acoustic MTV show.

I listened to this CD in the car this week. It is heavily saturated with thick production and total late 80’s vibe. You can almost feel the big hair. It just is NOT the same as the acoustic stuff. They cover Hendrix “Purple Haze” on this CD and it does them no favors. In the end, it’s not terrible, but I just wanted it to sound more like the acoustic show.

So, I will probably let this CD go, but I am going to have to check out “In The Heart of The Young” which was their second album. 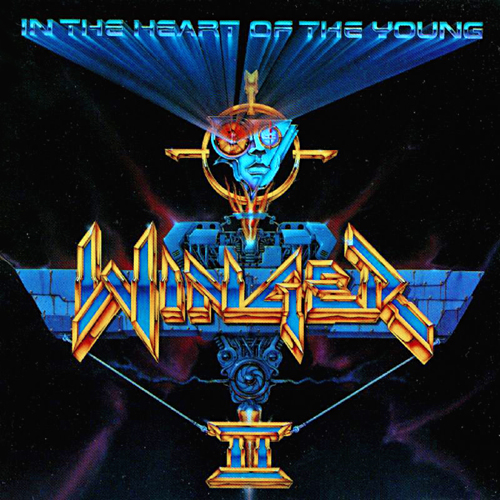 Interestingly, though Kip Winger played bass in the band, his solo work is acoustic guitar. I came across this while I was looking for Winger acoustic You Tube tracks. The guy is still at it and doesn’t sound too bad. Check out this intimate show from 2018.

I might have to check out a Winger Greatest Hits. I bet it will have all 3: “Can’t Get Enuff” and “Loosen Up” and “Seventeen”, though for me nothing will ever beat that one acoustic show.