There are times I admit, when I buy something simply because I used to own it and loved it. Having it now may be redundant, or even extravagant, but it is so much a part of my history that I am fairly unprepared to resist the compulsion to own it again.

Case in point, a Rush album that I picked up recently.

Rush came into my life when I was going to school in Illinois. I have written posts before describing my high school lunchroom with it’s jukebox and the rock music I heard on it and its effect on me during that phase of my life. My school was filled with a heavy population of denim jacket wearing rockers that defined themselves by what they played on the jukebox each day.

Surprisingly it was more Dave S. who I roomed with when my mom moved us to Illinois to share a house with her friend Rose S. that really put Rush in front of me. He was a skinny computer nerd (not that I wasn’t) and brought “Rush – 2112” home one night and made listening to it an experience. Lights out, just the glow of the stereo dials and a respectful 20-ish minute silence in which to absorb Geddy and Alex and Neil. It was amazing. Truly. This is not the kind of stuff I was listening to at the time, but I was changed.

At my next opportunity to go out record shopping (or begging really, since my mom was buying) I set upon searching for a Rush album to buy. I recall it was a mall department store of all places, like J.C. Penny’s or Sears, back in the day when they handled stereo equipment and records. I b-lined it over to the “R” section and was crestfallen to see they only had 1 Rush album and it was a triple album set. Expensive for a kid with no job and no real income who had to convince his mom that this album was destined to transform his life.

She bought it for me. If you are reading this mom, thanks again!

“Rush – Archives” is essentially just the first 3 Rush albums “Rush”, “Fly By Night” and “Caress Of Steel” packaged together. That’s it. No extra tracks, no fancy box set treatment. In truth just a giant compilation collection.

Looking for reviews of it, I found this, which pretty much tells it like it is.

Dave had returned the “2112” album to whomever he borrowed it from, he didn’t have any of his own records as I recall, and so we had no Rush. I needed Rush, and jumping in with 3 albums this way was a risk, but I was dazzled and never considered for a moment that it could be a huge mistake.

I remember the first time we listened to “Working Man” off of the first album “Rush”. I was blown away. We played it over and over again. That ending, the last 45 seconds in the song had us wailing on our imaginary drumsticks and guitars like idiots. In a weird way the song reminded me of “I Want You (She’s So Heavy)” by The Beatles. It literally had me mesmerized for about 7 minutes.

Then the song “Fly By Night” from the second album “Fly By Night” became my personal anthem for a good portion of my high school career. It was the perfect song. Oddly the other track that stuck with me from that album was “By-Tor & The Snow Dog”. I have no idea why, but when I did get the chance to see Rush, that is the song I screamed for. Maybe it’s the crazy interlude where there are the weird animal noises. Still not sure.

Then came “Caress of Steel”. It’s hard to put on a scale how much this album was perfect in my life at that time. It was the peak of my sci-fi and fantasy reading phase and it was like they knew it and made this album for me. There are introspective songs “I Think I’m Going Bald” and “Lakeside Park” and the long suite of songs “The Neuromancer”. This album just lay perfectly on my consciousness in those days and has remained one of my favorite albums to this day.

I have purchased, or acquired from Dalton, every Rush vinyl album through “Signals” (and a couple Live albums to boot). I have a copy of “Rush – Archives” on 8-Track which actually works. 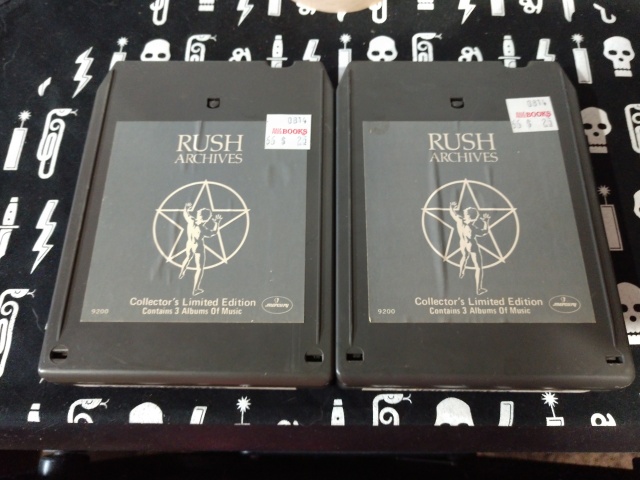 So why in the world would I need this copy of “Rush – Archives”?

I think it is just imprinted on me, one of my first vinyl purchases that was fueled by a deep desire to own a piece of a band so badly. I had plenty of albums by that point in my life, but I think this may have been the first where I was desperate to find one by the band. Up until that point I bought albums sort of willy nilly based on what was there in the store. This one I went after.

The cover is simple and classic.

Not much hoopla for a set of 3 records of a band that was hot, but which individually were not exactly unfindable in your local record store. Small pictures of each album as released on the back with track listings.

Inside just some headshots and again track listings. 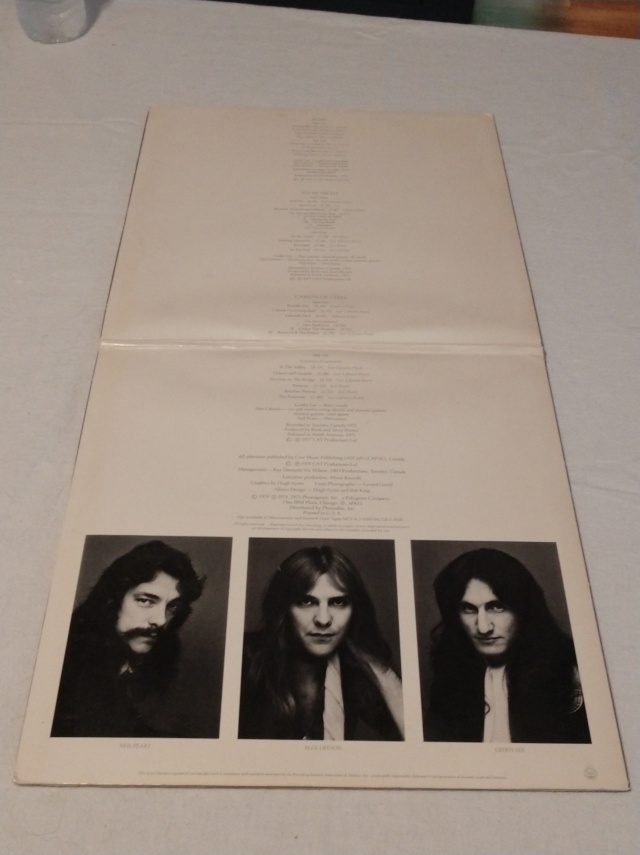 There were some guys at my school with the cover image inked onto their denim jackets. I always thought it was a bold move to have a naked man on the back of your jacket in those days. The image is striking against the star and circle. It’s rather simple, but I displayed this album cover in my room for a long long time. It doesn’t say Rush anywhere, but you know it’s them.

I did a vinyl cutting of the cover image a while back. Proudly on display in my workshop. 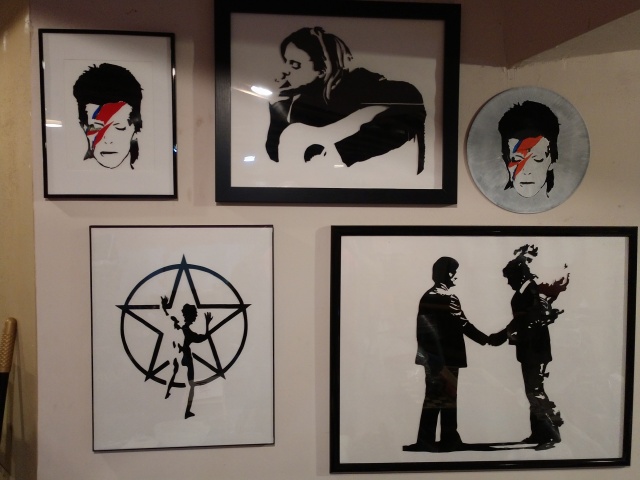 So, for pure nostalgia, for the iconic cover image, for the memories it invokes… when I came across this vinyl album for 20 bucks at Half Price Books, I could not let go of it.