A few years back my friend Alan with whom I have been friends with since Middle School sent me a box of my old cassette tapes that I had sent over the years. We did tapes like letters, talking and playing music and doing random things. These tapes were a huge part of my life, both making them and receiving them. It was a total gas to first have a chance to listen to them again (he had saved them for 40 years!) and second a chance to digitize them before they disintegrated.

It was a big conversion project, but full of history and memories. It also helped me pin down some events in my life along my timeline. Though Alan had to convince me of the fact that the high school I went to only had grades 10, 11 and 12. I fought it, but in the end he sent proof that it was at the end of 9th grade (our final year together) that he moved. Which was our Freshmen year. In Junior High. What a weird setup. I’m glad that not only did he remember, but he had the proof to show me. ANOTHER thing he kept all these years.

That’s me and all my hair in the small center picture on the page labelled FRESHMEN. That is what I call definitive. Sorry I doubted you Alan!

At any rate, this week I received a second box that included the rest of the tapes I had made, all the way through to the end of my tapes. 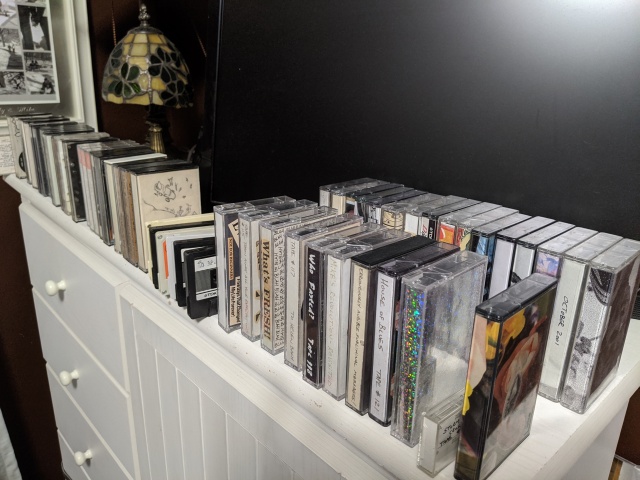 All told I had recorded 150 tapes from 1980 to 2002 including for some reason a microcassette you can see above on the lower right (and for which Alan sent along a player so I could listen to it) and 1 videotape.

Included in this batch were tapes like “The Ann Arbor Tapes”.

This was a collection of tapes that documented our trip to Ann Arbor (where we met) that we took in 1987. Somehow I had never kept a copy of these, or if I did it was lost over time. Hearing us chant “Elkhart Elkhart Elkhart” just about made me choke with laughter. There are 4 hours of recordings on these tapes. Classic.

I loved making covers for these tapes. Some I drew pictures for like Tape # 107 “Hard Right”

or used pictures I cut from different sources, like this one I used a picture of David Bowie to create Tape October 2001 “Starts With A Hiccup!” 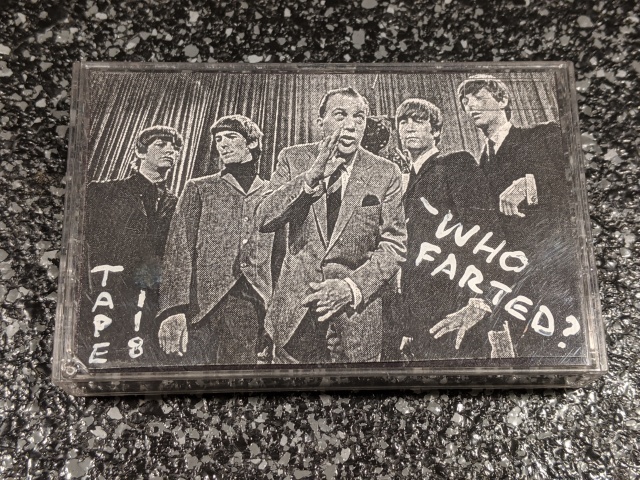 or concocted out of clippings or pictures

Tape # 115 “Throw Away All Your Expectations”

Along with all the tapes of me talking, there were assorted tapes that contained largely music. Some I remembered clearly, some were a pleasant surprise, like this one Tape # 105 “A Collection Of Songs”. 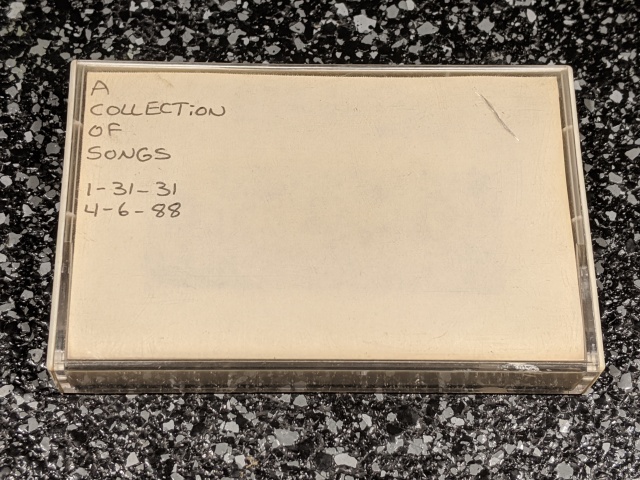 When I saw this tape, and the dates on it, it suddenly became clear that this was a tape I made in tribute to my father after his death. The song list was inside. Quite an assortment, but I can see how many of them were likely heavy on my mind. Neil Diamond and Blind Faith and Hendrix among others. 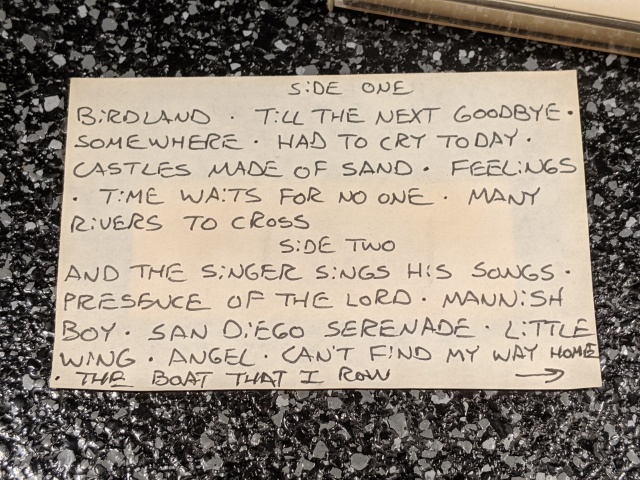 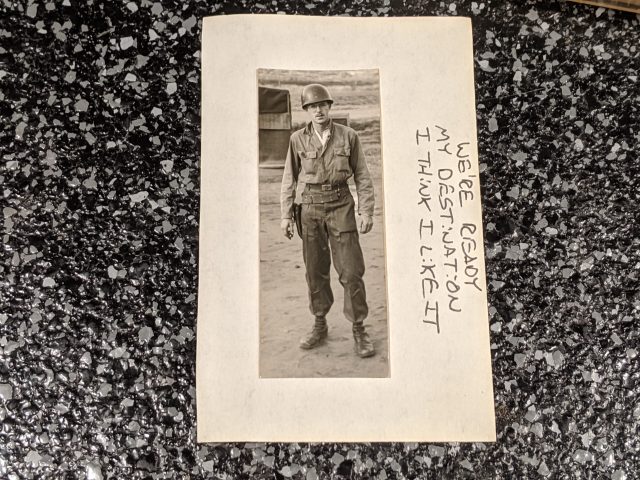 That photo of him in the army was from the photo album that I got when he passed.

Clearly I am a closet archivist and that’s why I was so excited to get these tapes that detail my history, help flesh out my timeline and remind me of forgotten moments of my life, but it is tapes like this and The Ann Arbor Tapes that are so special and the reason that I send out a HUGE thank you to Alan for saving them all these years, and trusting both UPS and me to handle them with care and return them after they get digitized.