My search for a new (used) receiver took me all over Madison.

I went to Savers, 2 St. Vincent DePaul’s and 4 Goodwill’s. Nothing. Though I did find 2 records. So not a total loss.

I even contacted a seller on Madison Stuff Exchange   http://www.madisonstuffexchange.com/    but it’s 4 days later and they never contacted me.

They just contacted me as I write this. Funny. Too late. It was in Beaver Dam anyway.

At any rate, as a very very last local resort, we decided to brave Pawn America. This place gave me the willy’s last time is was in there and their horrible commercials remind me of the crazy TV Lenny commercials for American years and years ago. Ugh. The last time I was in Pawn America I needed a shower afterwards, but, I NEED a receiver!

So, we took a deep breath and approached.

After passing though the doors, past the pawn area and into the store proper I remembered the feeling I had my first time there. Icky. We were gonna ninja shop and get out. We found the stereo stuff. 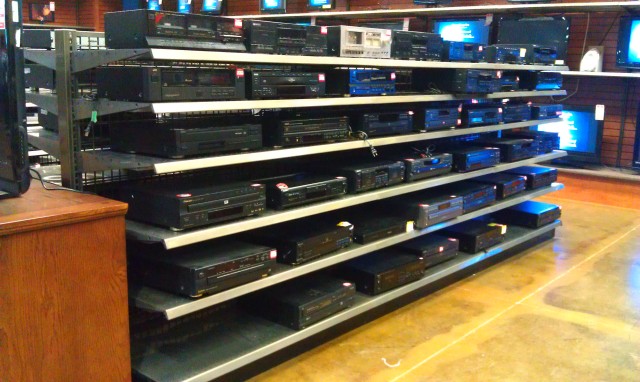 There were racks and racks and more racks of stereo equipment.

As a side note, if you need a tape deck or a CD player these days… the resell places have plenty. Everyone is dumping them in the digital/I-Pod age. The dual high speed dubbing unit on the top left in this pic was less than $10. I already have 2 tape decks now, and don’t have much use for the high speed dub, otherwise that one would be mine right now.

The first receiver I grabbed to look at had a sticker on it that said only 1 speaker channel worked, or something like that. Great. Junk. I looked at the next one. No stickers on that one, but it was dented on top pretty good. There were however a couple decent ones that weren’t in the 2 – 3 hundred buck range. There was a Pioneer with enough inputs for what I needed that was a bit scratched up, and a Sony that was similar to what I had had. They were both only $49.99. I scrutinized the Sony. 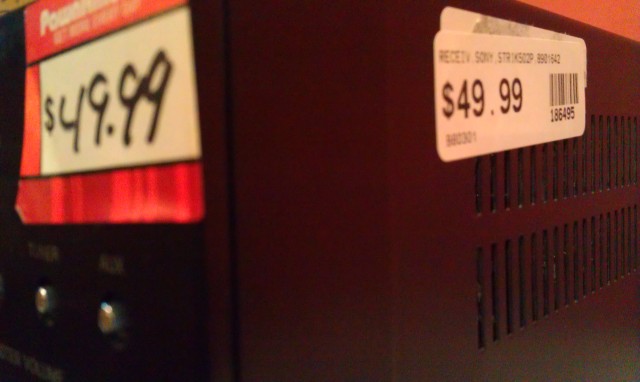 Finding nothing obviously amiss, I took it over and plugged it in. It powered up. At this place that’s about all the testing you can do. So, I bought it. 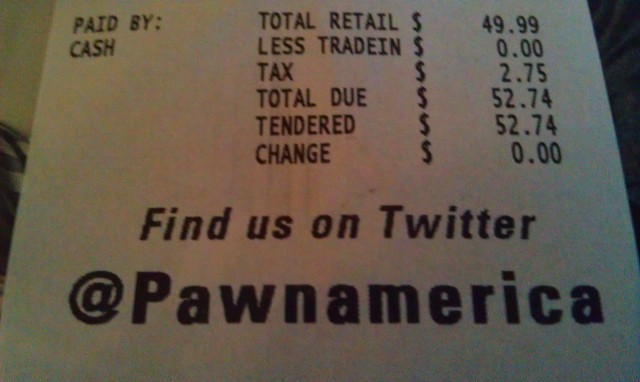 I have 7 days to return it. So I need to get it hooked up and tested.

She is a nice Sony, with Surround Sound. I have surround sound speaker and used them in the past. I will have to dust those off and try them again. 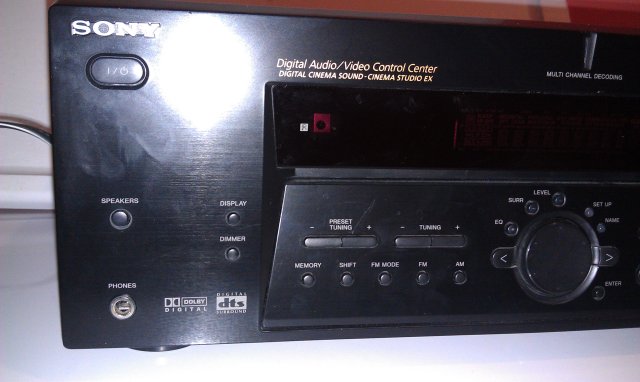 with plenty of inputs. 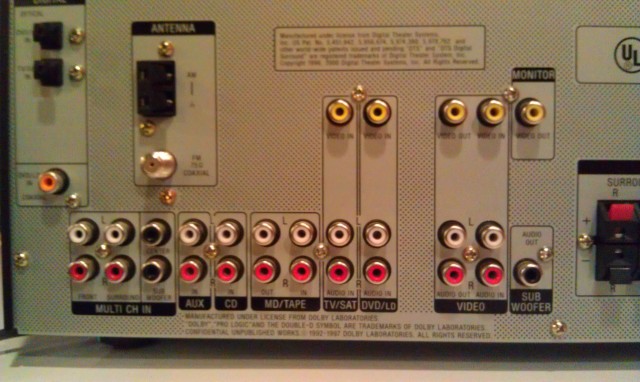 Let’s hope she works and lasts a while.

I don’t want to have to go back to that place.