After Dalton had played me the 2 Triumph tracks I knew I had to go get the 2 albums that I had seen at Half Price Books. Abbey and I stopped in there just before the Snowpocalypse.

I skipped the “discount” section, which is the lower shelf

and the next shelf up, which is the spoken word, comedy and soundtracks, and went to the other side of this whole rack where the rock stuff is. I dove into the T’s and there waiting for me were the 2 Triumph albums that I had flipped past several times before, and were the reason I was back this day.

I sent this Dalton. That’s my “hell yeah” face. 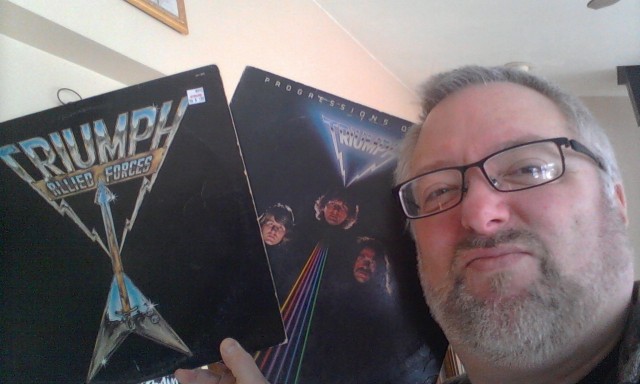 I have since  listened to “Allied Forces” and with new appreciation for the band, enjoyed it. “Fight The Good Fight” is stuck in my head now. I have yet to listen to “Progression Of Power”. Reviews later.

While I was in the T section I came across another album that I had to buy. 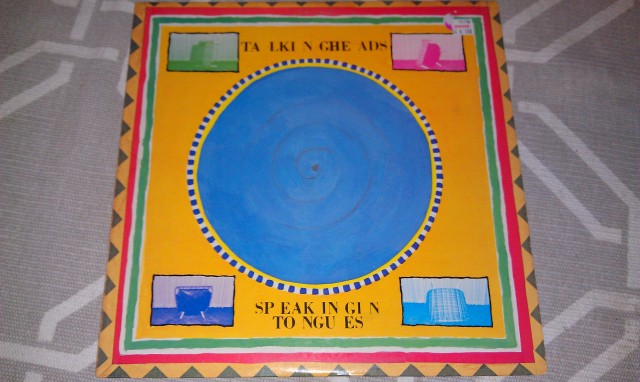 This album has a very specific UW Milwaukee memory for me, for which I was willing to pay an astounding $7.99, the most I believe I have paid for a used record since my re-collecting began. 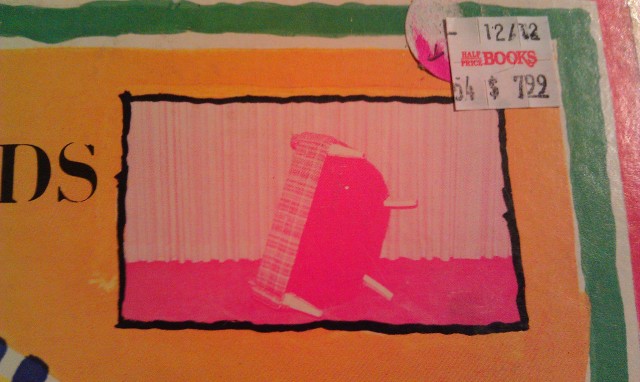 “Speaking In Tongues” I had dubbed from someone in the dorms when it came out. Of course the song “Burning Down The House” was the hit from it which you could hear blasting out of multiple radios, loud, in the dorm towers on nights with windows open. It was a HUGE hit, with awesome music and mysterious lyrics and that weird video. It sank into everyone’s consciousness.

I would play this tape on my walkman constantly, everywhere I went. For me this album will forever be associated with walking at night in the rain around the streets and campus at UWM. It was also a big hit at East Side Foods, which I still promise to write about later. I did a stint on second shift there, and I would listen to this on warm nights while I was walking home at just before midnight, through streets that were pretty safe, but the eerieness and weirdness of the music making it seem just a little dangerous and making me wonder about hedges and dark corners that I passed. It sort of made me feel like I was passing through David Byrne’s memories, slightly scary, but really really catchy.

Everything about the album is slightly off kilter and very distinct at the same time. Kind of like the weird flip-floppy chair pictures on the cover. 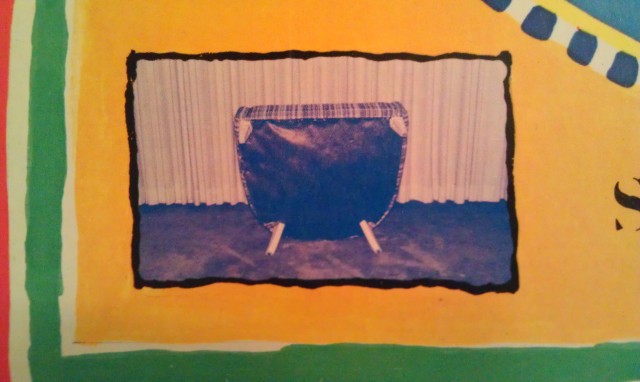 This one I will save for a rainy night this summer, out on the deck Cindy in the hammock.