Each year there is a big opening and a performance/introduction to the conference at the beginning of the non-technical days.

In years past there has been a mock debate, magic show, and other crazy scenarios. It is always entertaining. This year, the first year without A.J. Hyland, Bill Priemer took the helm. The OTTC theme of “getting the band back together” was clear in the beginning. The rock music that was playing before the Assembly as we all got seated fell silent and then the opening chords to “Guns And Roses – Welcome To The Jungle” started up. Only, it didn’t sound quite right. Then the stage filled with smoke and out of the haze someone playing guitar stepped out.

It was Bill Priemer playing! You can’t recognize him in this terrible picture from 100 yards away, but it was really him playing. Pretty cool. 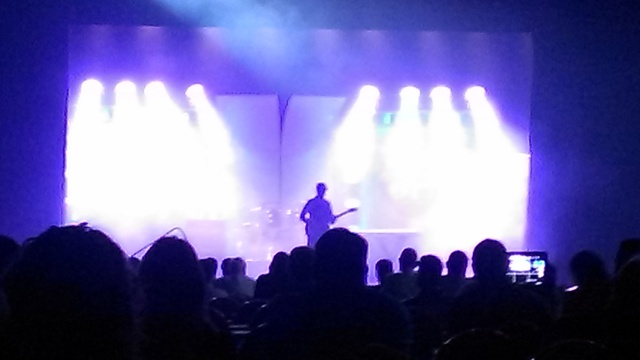 I tried to get a shot of the monitor screens but that was not much better. 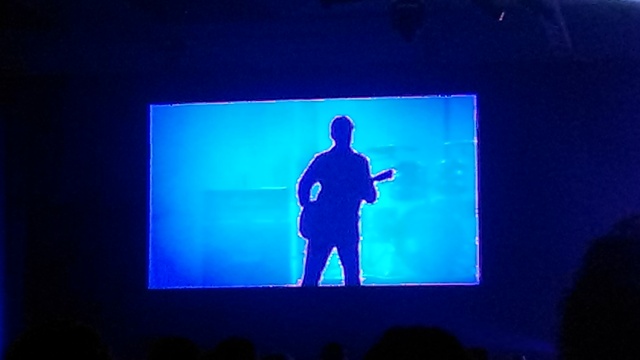 He played about half the song (no vocals) and then someone came and took the guitar and he started the Assembly. I thought it was nicely done.

Then Miguel dressed as Elvis came out for a bit. He looked like he did on the signs around the conference. 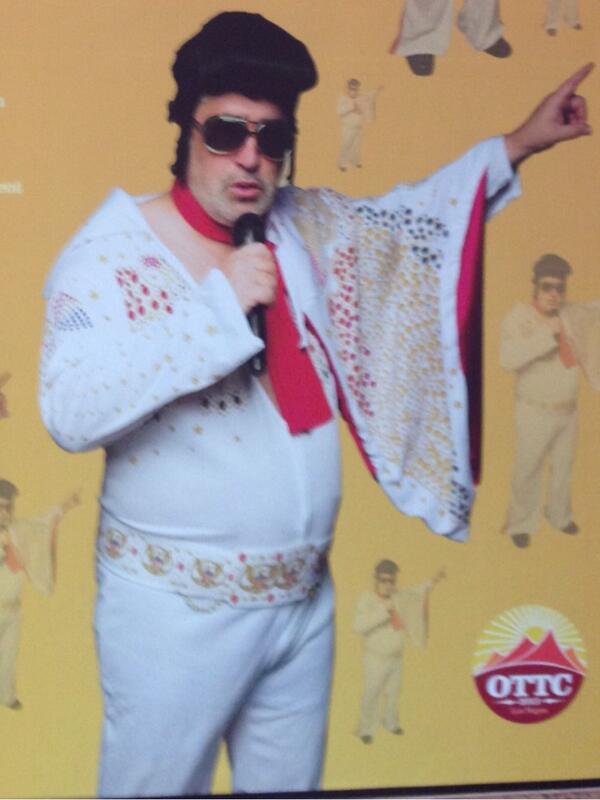 Then 2 others followed, not as costumed, and the assembly wound to a close. They all came out at the end and I got this shot. 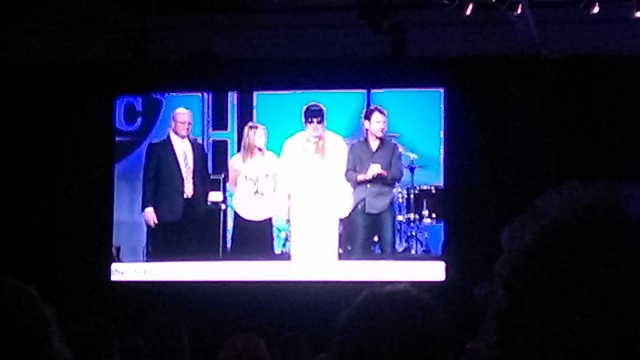 Then it was off to classes.

As it happened, Bill ended up addressing our class for a bit in the beginning. Before he started though someone asked him if he played guitar. He said that he played a little acoustic for his kids at home, but that he really had never played electric before they approached him to do the Guns and Roses song for the General Assembly. I wonder how long he practiced. He didn’t have any wild solos, but he pulled it off.

They always have a nice way to mix business with pleasure. Good job guys!