In October of 2011 we took a trip to Chicago. We stayed at the Hard Rock Hotel downtown. Our view: 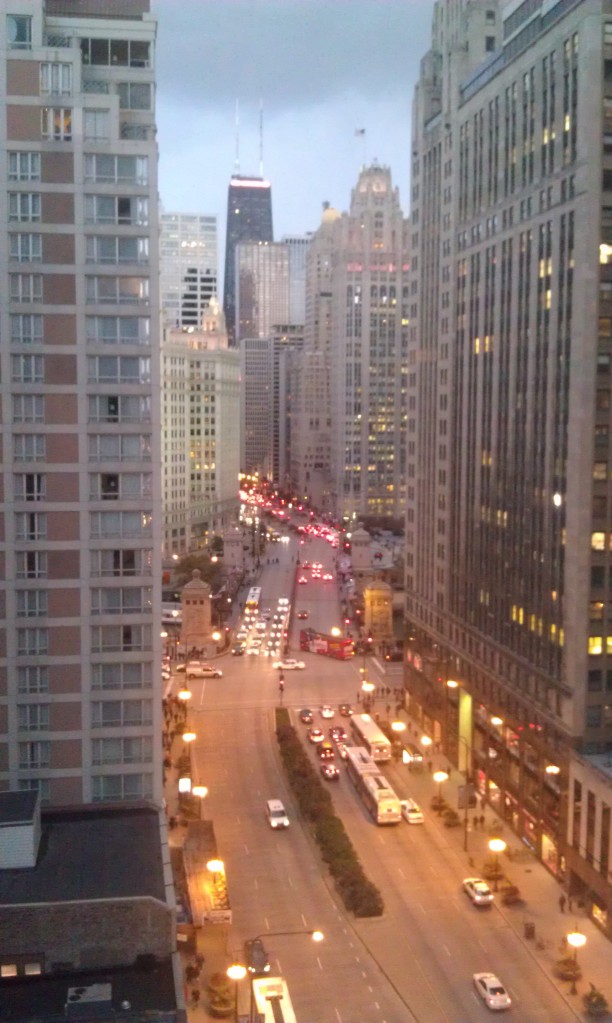 It was of course resplendent with rock and roll memorabilia and pictures and decorations. We were on the Elton John floor. 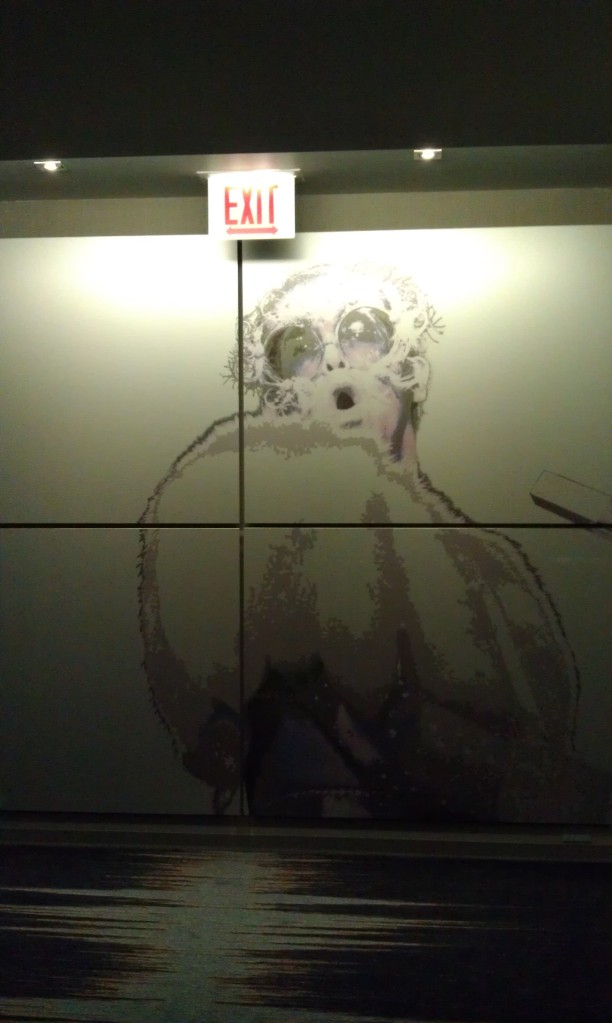 and the giant mirror which reflected the view out the other side (we were on an amazing corner room) was emblazoned with a line from Elton. 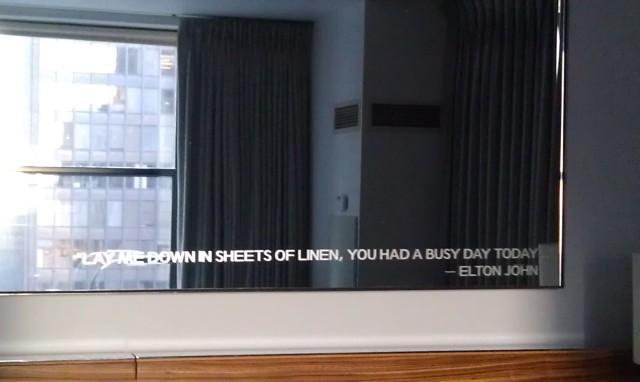 There were various pictures of bands in the room and in the bathroom, Bowie. 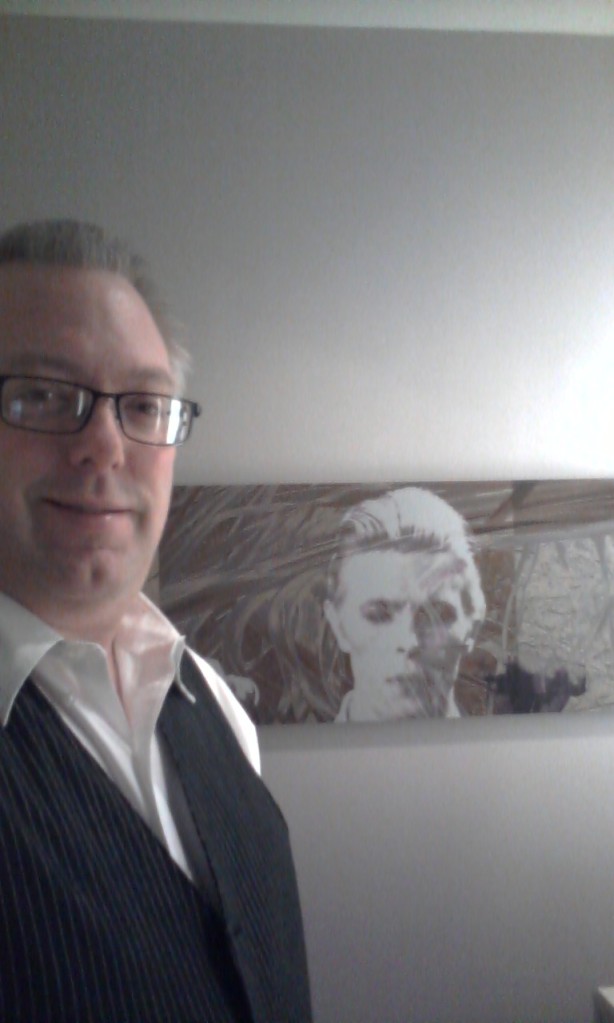 After a drink in the hotel bar, and a dinner at Morton’s nearby we made our way to Andy’s. Now I had never once in my life thought about going to a Jazz club, even though I grew to like jazz. Cindy thought of it actually and being Chicago, there were several to choose from. We ended up at one close to the hotel that is very well-known.

We could hear the music as we paid the cover, the first cover charge think I have ever paid to see live music, and walked in. I was surprised at how small the club was. Bar, tables and a stage. Simple. We got a table and sat down. The musician playing was Marquis Hill. He was playing trumpet and there was a sax guy and a drummer and a piano player. It was very very cool. I loved the whole ambiance of the place and the music was awesome. I won’t try and dissect jazz, but the whole trading solos over a central piece of music was so cool. They all played fantastic and it was mesmerizing seeing them playing and making all that great music so up close and personal. We were only about 20 feet away from the band. There was no stage rail of fence. No mosh pit. Just a bunch of tables of people digging the sounds. The sax guy wailed and Marquis was amazing. The whole feel of the show was so laid back and the music was amplified but not blasting. My ears weren’t ringing when we left, it was just a very cool experience.

I tried to video a little something for posterity, my first jazz show, but I got scolded by staff. They were serious about the sanctity of the venue.

These were on all the tables. 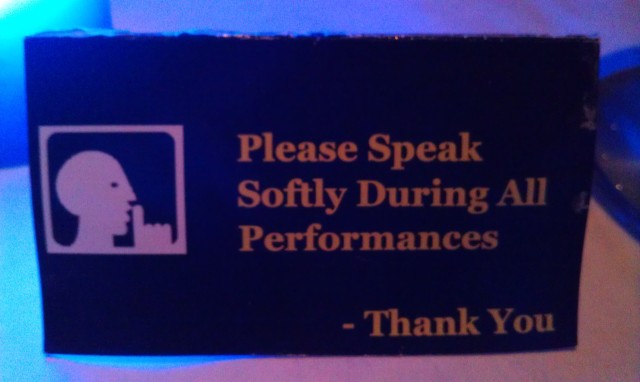 I felt like a huge tourist after that and kept my phone down and just dug it and absorbed the music (exactly as they intended). Though I did get one shot later of Cindy in what became known as the “Blue Face” shot. 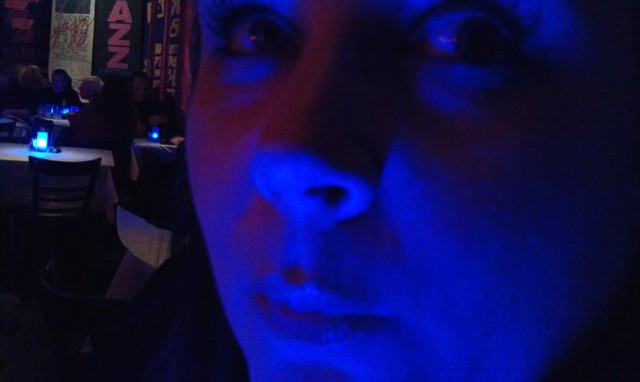 I include it here for posterity and also to show the small tables so you can get an idea of how quaint the place is.

I was rapt by the band and during a break I went up and bought his CD. He chatted with me for a moment asking where I was from. He was super nice. Thanked me for coming out. The CD I bought was “The New Gospel”. It is actually a great representation of what we heard that night. 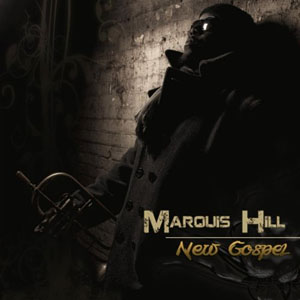 and I love the CD itself, looks like a record! 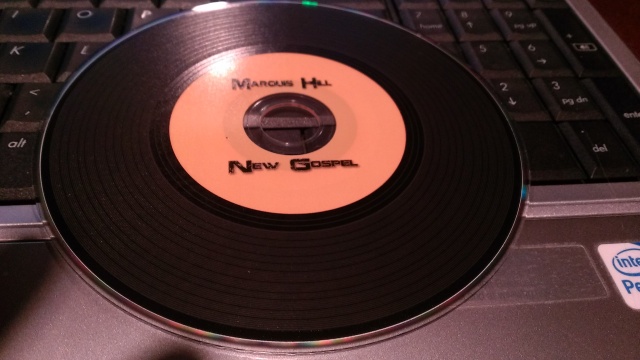 While searching for a picture of the CD cover I found this link:

Marquis Hill is coming to Madison next month! No way!

“Robert J – Boys Town” is an album I bought because it was signed by Robert J and was produced by Butch Vig and recorded at Smart Studios in Madison. Butch Vig played drums on this album. 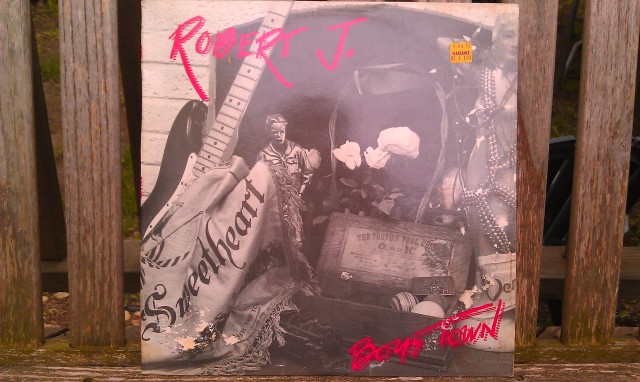 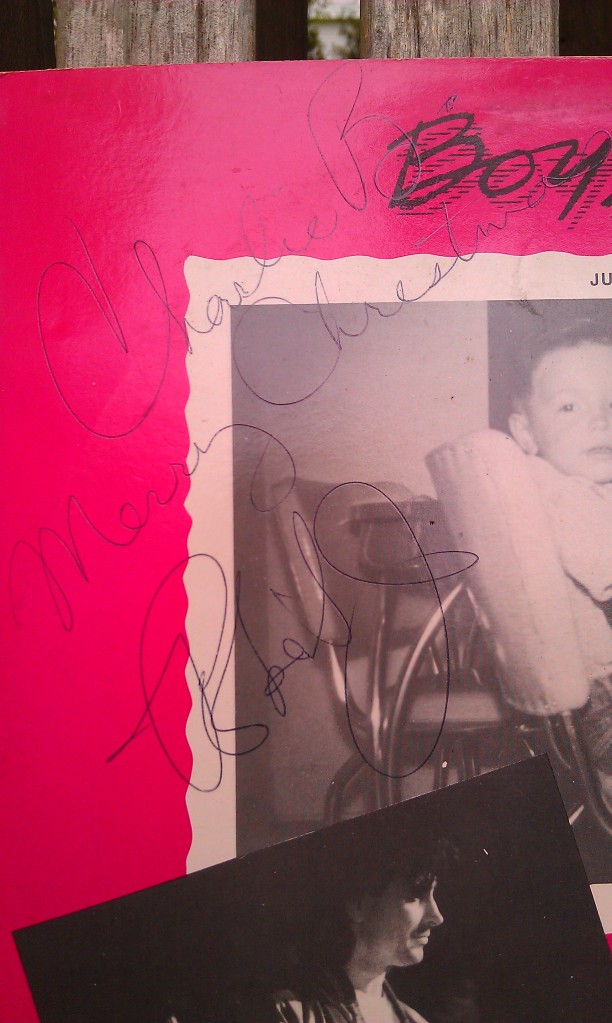 He is playing acoustic with no cover. Hmm…

sorry for the digression…

The “New Gospel” CD is great and perfect for an early Saturday morning writing jag. I see he has 2 other CD’s now. Wonder if he will be selling them at the show. That is way better than buying them on my phone. This time I’ll take a sharpie.

Or is asking for a signature too uncool at a jazz show?

Maybe we will find out.