So… in my newly begun time of buying vinyl again I have purchased easily a hundred or more. Sometime I have found old favorites, experimented with new bands, or bought albums for pure aesthetic value. I don’t think I have been disappointed by even a single one…

At the outset, let me explain that I do like Z Z Top, in fact I would say that several of their albums were pivotal in my life. “Deguello” and “Eliminator” were integral to my college years and I have been backwards and forwards in their catalog and I enjoy almost everything from the old blues styled stuff to the mechanical technical new stuff. So when I saw this Z Z Top album at Savers… I had to buy it. 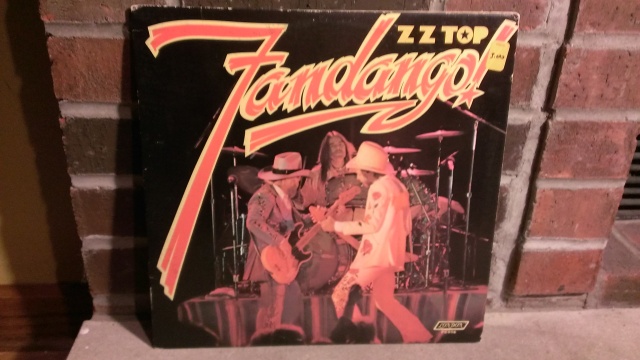 There was a 3 buck price tag on the front, but on the back… 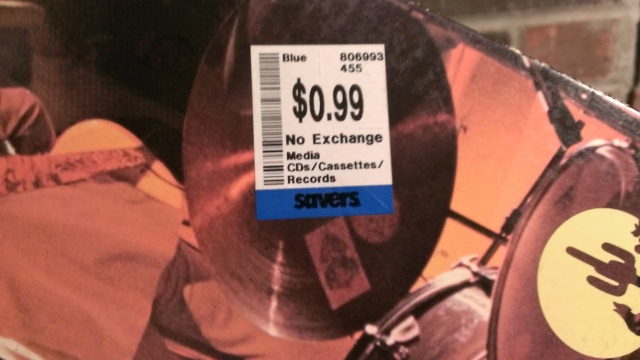 I looked at the list of songs and was surprised to find I couldn’t ever really remember listening to this one. So, I bought it. If nothing else, it had “Tush”

Normally I LOVE live music. However, this one was not good. Really not good. I was shocked and disappointed. I LIKE Z Z Top. To find that I was not enjoying this one was agonizing. It reminded me of a bootleg of a band in a small club that was just starting off and hadn’t quite found their way yet. That is probably exactly what it is I suppose, although it was their 4th album. It’s actually part live and part studio for the record.

I thought to myself, did I not really ever listen to this? Am I sure I have listened to older stuff by Z Z Top and actually liked it?

I recall an afternoon spent in my brother-in-law Steve’s garage where he played on an old stereo, on 8-track no less, the first whole album I had ever heard of Z Z Top: “Rio Grande Mud” their second album, and I was surprised to find that it WAS bluesy and actually very good. In fact, I think that is what sent me in search of my first Z Z Top album “Deguello”. The music was great and I loved the dirty south gritty blues stuff and was really impressed. So I know I like older Z Z Top.

I guess this one just misses the mark for me.

I put it in the pile to make record a record clock out of. It does have a nice label. It joins the scratched to hell Neil Young “Decade” triple album that I got only 2 records of (at a substantial discount, and one of which is now a record clock for my friend Bret) and a Cat Stevens duplicate album I bought and a few others.